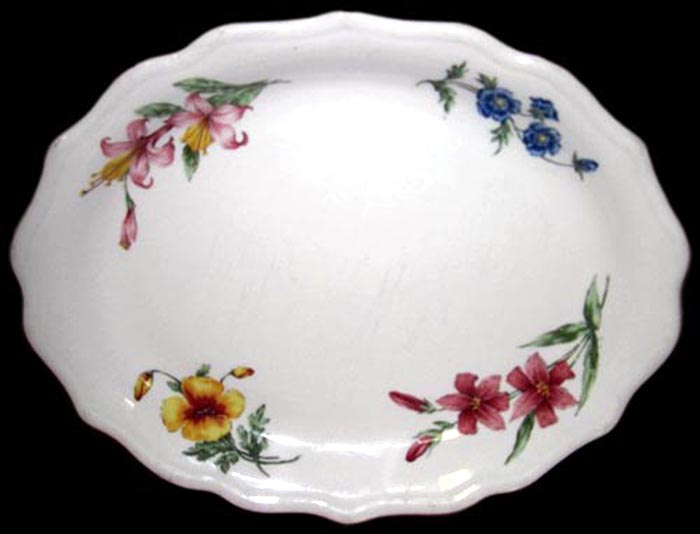 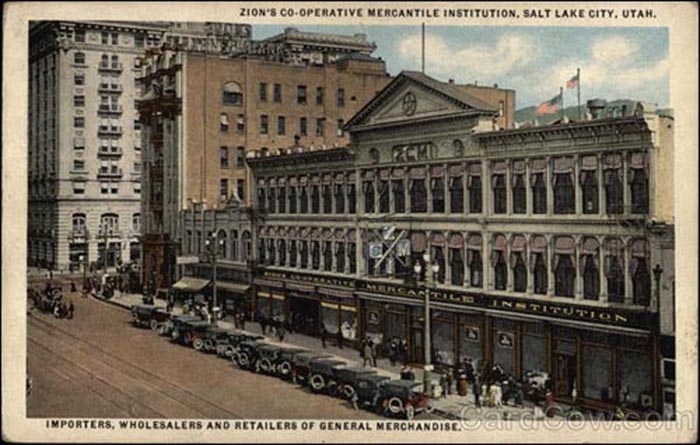 Notes: This pattern with its yellow, pink, rose and blue flowers is more often associated with the well-known Prairie Mountain Wildflowers pattern (PMWF), also made by Syracuse, that was used on Southern Pacific Lines railroad dining cars earlier in the 20th century.

However, this version always lacks the black line, is on a different body type and was manufactured after 1963.

Thanks to research by Roy Ekstrom who has written an entry about this variation on railroadiana.org, it is clear that this version was named Zion C.M.I. Tea Room by Syracuse China and that 15 pieces were ordered, all distinct from PMWF.

ZCMI, founded in 1868 by Brigham Young as a means to avoid the gentile (non-Mormon/non-Latter Day Saints) businesses, grew to a large chain with stores in major cities in Utah and Idaho. The magnificent downtown ZCMI in Salt Lake City had a Tea Room, as did at least one other of the stores.

According to the Wikipedia, in 1999, the church sold its larger ZCMI stores to May Department Stores. The stores functioned under the Meier & Frank brand name for several years, until being absorbed into Macy's. Smaller stores in Logan and St. George, Utah, and Idaho Falls and Pocatello, Idaho, were sold to Dillard's.