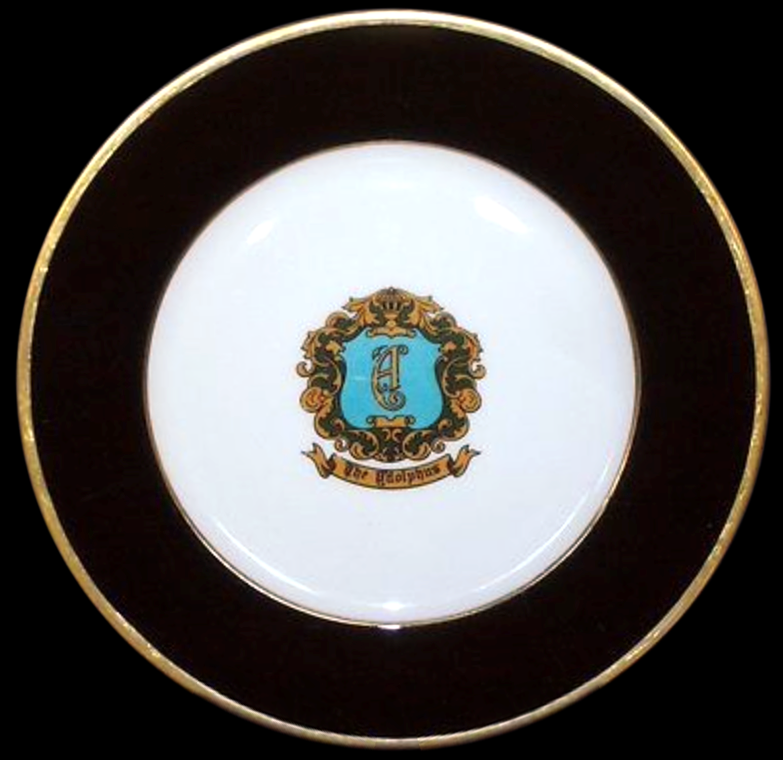 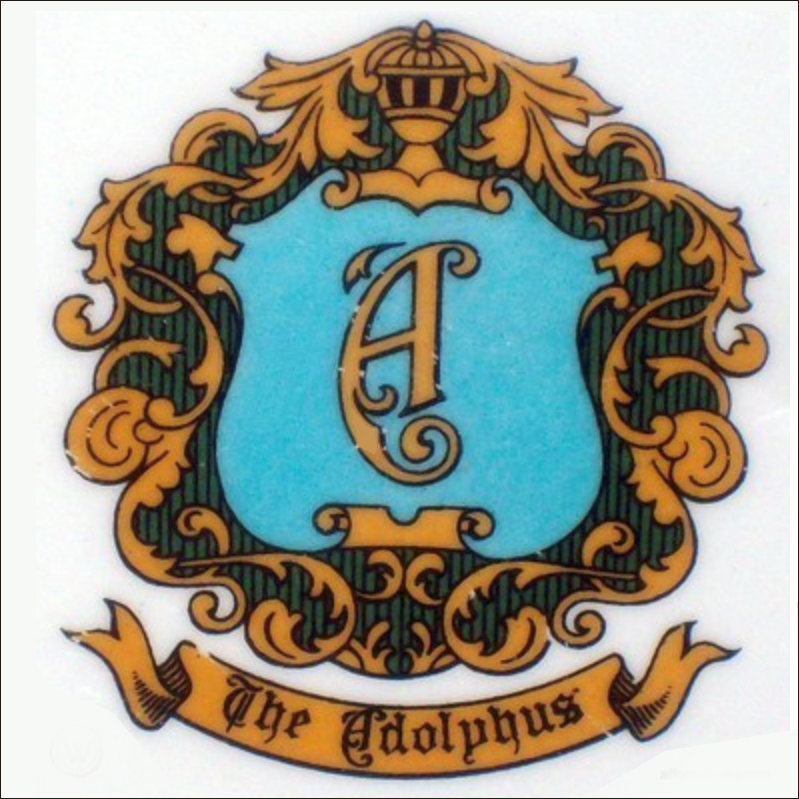 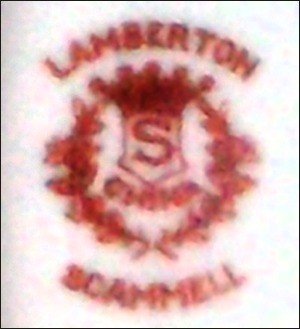 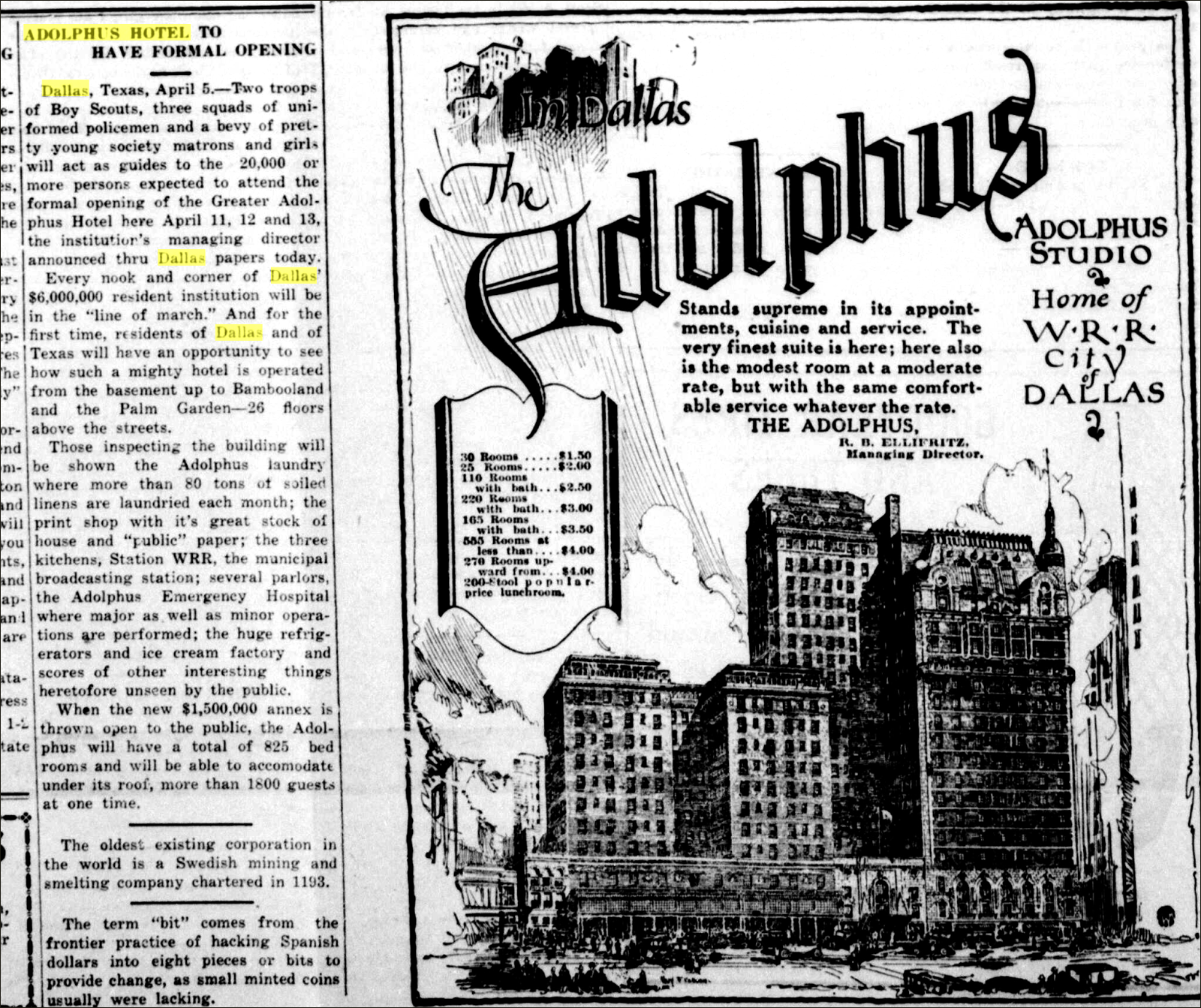 Notes: Located at 1321 Commerce St., near Downtown Dallas, Texas, the Adolphus Hotel originally opened in 1912. A 12-story addition was completed in 1917. On April 11, 1926, a 22-story, 325-room addition opened. It was probably in connection with this latter addition that Scammell produced this service plate with a full cobalt blue border, flanked by coin gold lines. The center of the well contains a multi-color decal of the Adolphus Hotel crest.

The Adolphus is named for its owner, Adolphus Busch, who was the 19th- and 20th-century beer baron from St. Louis Anheuser-Busch Brewery.