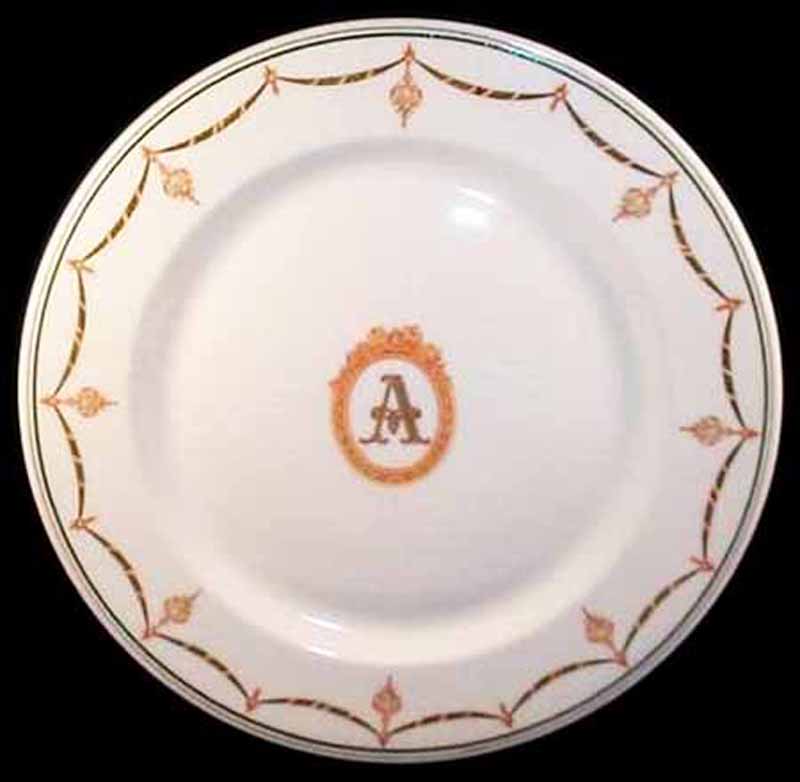 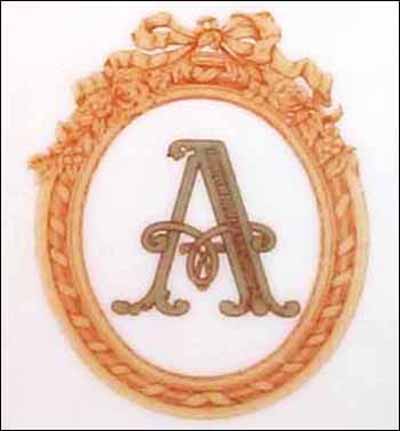 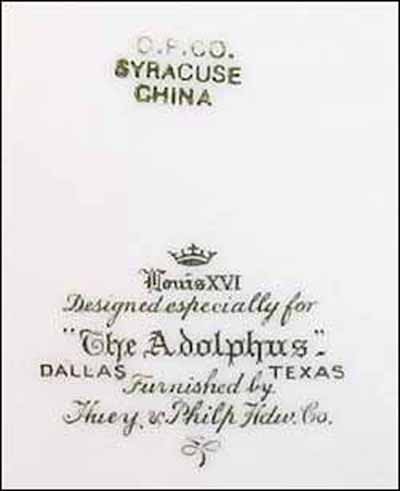 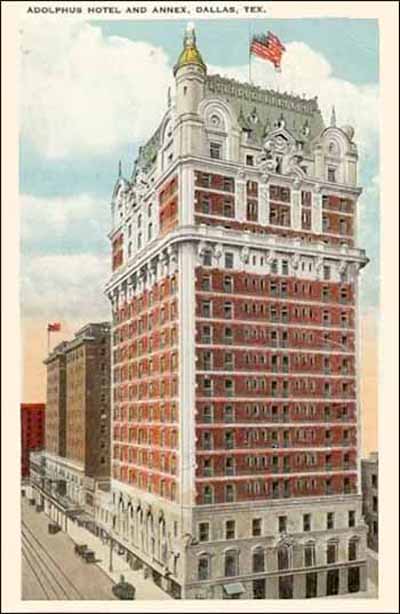 Notes: Located at 1321 Commerce St., near Downtown Dallas, Texas, this service plate was likely from the original order for the Adolphus Hotel's opening in 1912. The Adolphus is named for its owner, Adolphus Busch, who was the 19th- and 20th-century beer baron from St. Louis Anheuser-Busch Brewery.

According to the backstamp, the plate was designed especially for The Adolphus. The distributor was Huey & Philp Hardware Co.

The Huey & Philp Hardware Co. was located in the Dallas area and made stoves, tinware, tin, copper, sheet iron and cornice items. The owners were Joseph Huey and Simon Philp. They also distributed china and silver to hotels and restaurants in the area.

This plate features the hotel's multicolored logo "A" in an oval frame in the center along with an ornamental outer border consisting of swags and opal-like pendants in shades of green, brown and yellow. Syracuse China obtained a patent for this stone-lithographed border decal, named Adolphus, on March 11, 1913. It was not a controlled pattern and thus was available to anyone to use or customize with a logo. Additional green lines were added to the outer border. (Search key: rwcnA)

This pattern is easily confused with the Bond Hotels 2 pattern; both were designed in 1912. The Adolphus, however, was a three-color design in three versions: 63101 with a green line and no beaded border; 63102 with beaded border in brown and no line; and 63103 beaded border in gray and no line. The Hotel Bond pattern didn't specify a line and didn't have a beaded border.