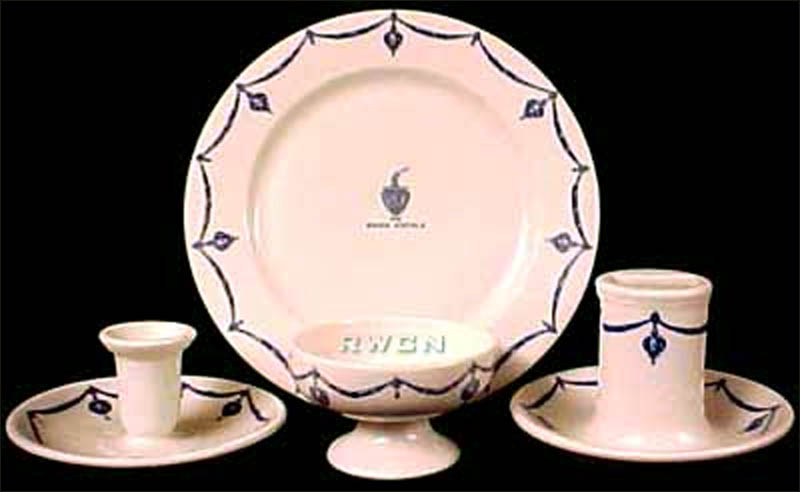 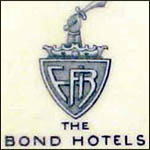 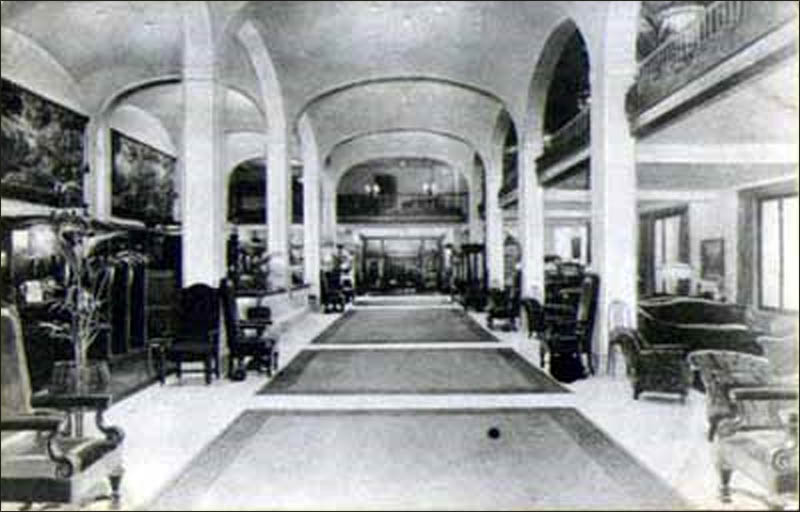 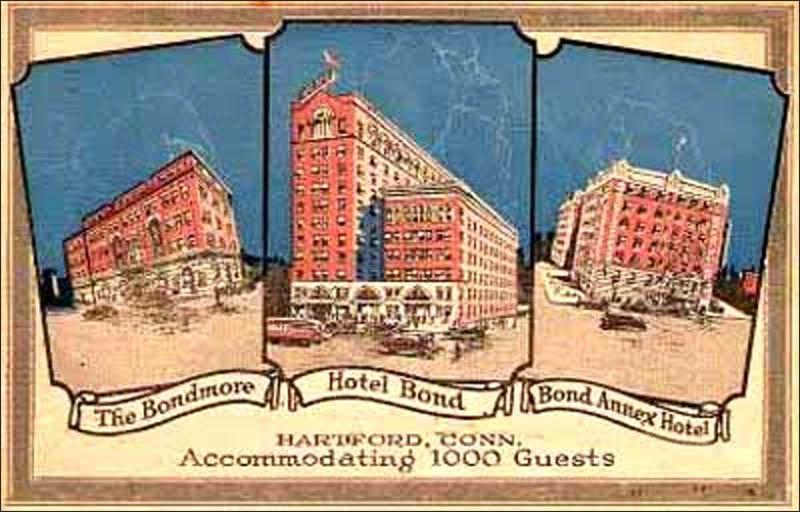 The 5,000 square foot Grand Ballroom on the top floor of the Bond Hotel, with 30-foot ceiling and huge Palladian windows that overlooked Hartford, became the place to be.

The hotel closed in the early 1980s and sat for many years, although the ballroom was still used for parties and weddings. The ballroom was renovated in 2000 and reopened in September 2001.

Even in the absence of the blue Hotel Bond – HB – shield and crown and hand and sword shown in detail below, this engraved plate print is known as the Hotel Bond Series #24000, shown on page 46 of the Syracuse China underglazed pattern catalog. It was designed in 1912. The Hotel Bond decoration with its swags and pendants was available in different colors, and each color was assigned a unique pattern number; together these color variations made up the series. It is likely that the single color print version was created originally for the Hotel Bond, which is why it carries the name. But it was not a controlled pattern and was therefore not exclusive, even in blue, to the Hotel Bond.