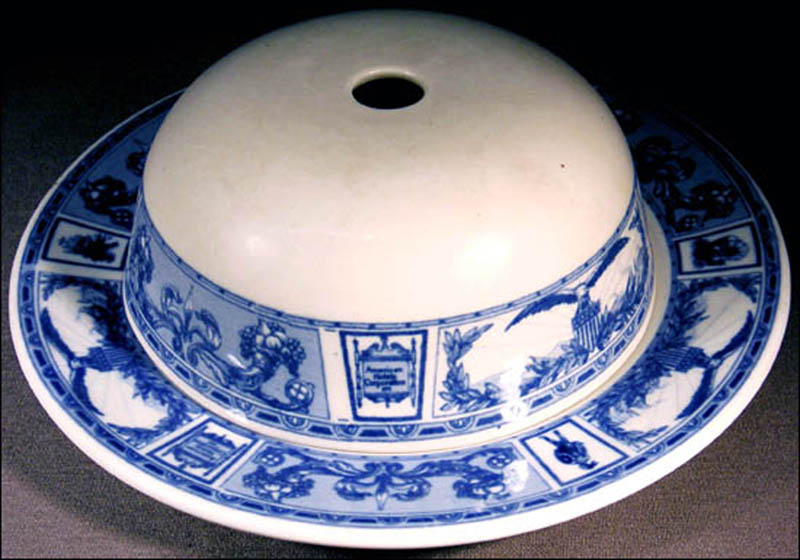 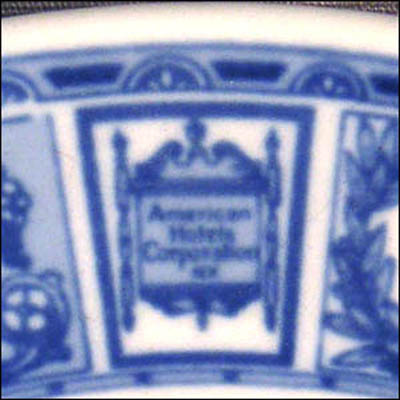 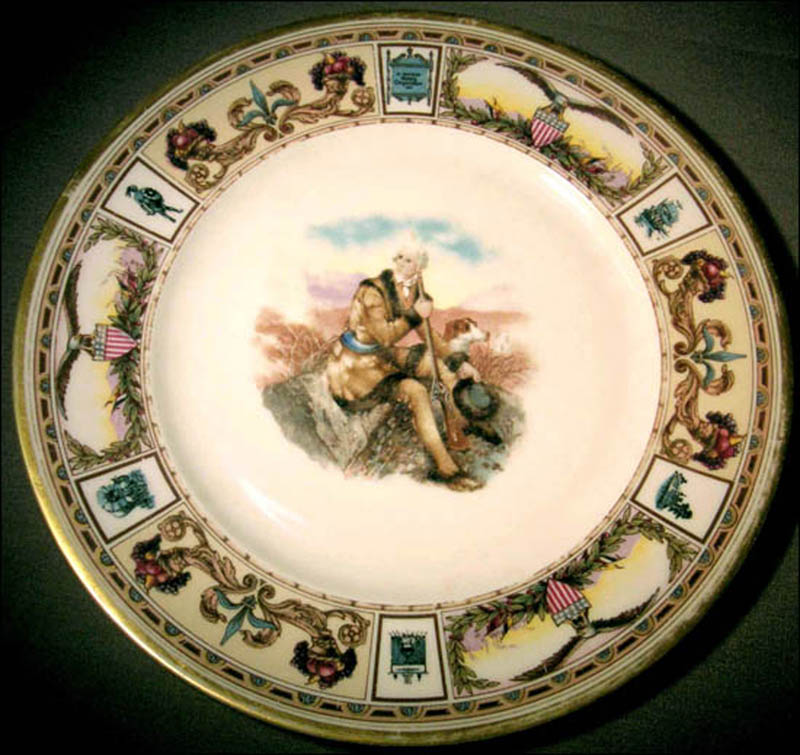 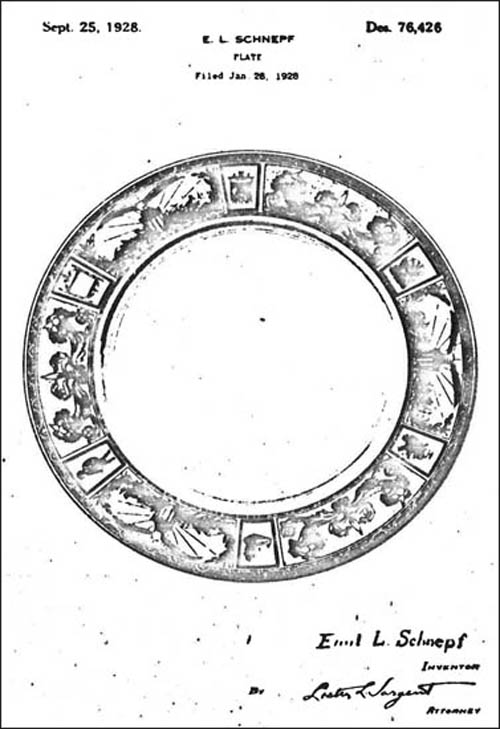 Notes: American Hotels Corporation was founded before 1925. After 1927, the company headquarters was in the Beverly Hotel at 125 E. 50th St. in New York City. By 1939, it had relocated to 570 Lexington Ave. During the 1950s, it operated 38 hotels in the northeastern United States and seven on the West Coast, and at one time had one property in South America and one in the Caribbean. American Hotels operated until at least 1969.

This pattern replaces the original American Hotels floral decal design created by Syracuse China (see link below). Scammell's head designer Emil Schnepf created this pattern, for which he filed an application for patent on Jan. 7, 1928. The patent was issued later that year, on Sept. 25, 1928.

Service plates feature a multi-color decal version of this design with coin gold rim lines. The center of the well contains custom illustrations specific to the individual hotels where they were used – in the example below, the Daniel Boone Hotel in Charleston, WV.

The rest of this china service pattern is seen in blue transfer, including the china used in the guest bedrooms.