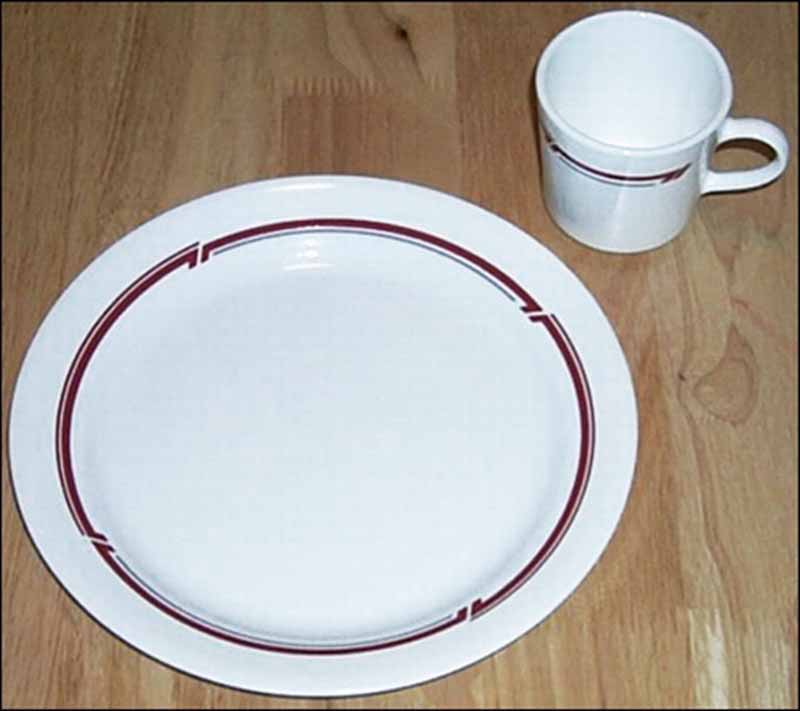 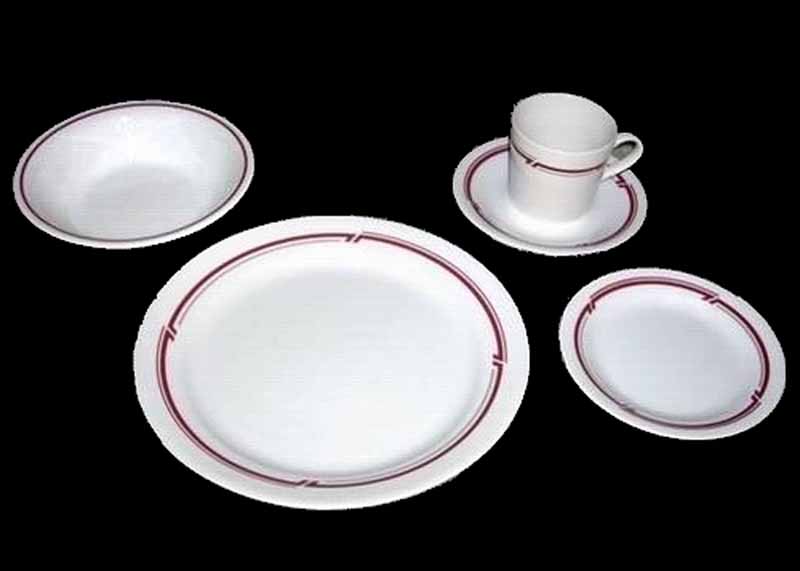 Notes: This pattern was made as a custom decoration on a Corning Comcor body for Amtrak and was named for the former president of the railroad. Claytor-pattern china was introduced in 1993 as Amtrak restored china to dining cars after it had been discontinued in the early 1980s as a cost-cutting measure. This pattern has been in use until at least 2005.

Amtrak, also known as the National Rail Passenger Corporation (NRPC), was formed in 1971 from the combined passenger services of many of the U.S. Class A rail lines.

The body is white and the pattern is of interrupted red lines with hanging ends, lined alternately with gray stripes above or below the lines, giving the stylized appearance of long passenger cars. Pieces are not otherwise topmarked or backstamped. Later pieces in the same pattern were made by Corelle under their Corelle Coordinates line.