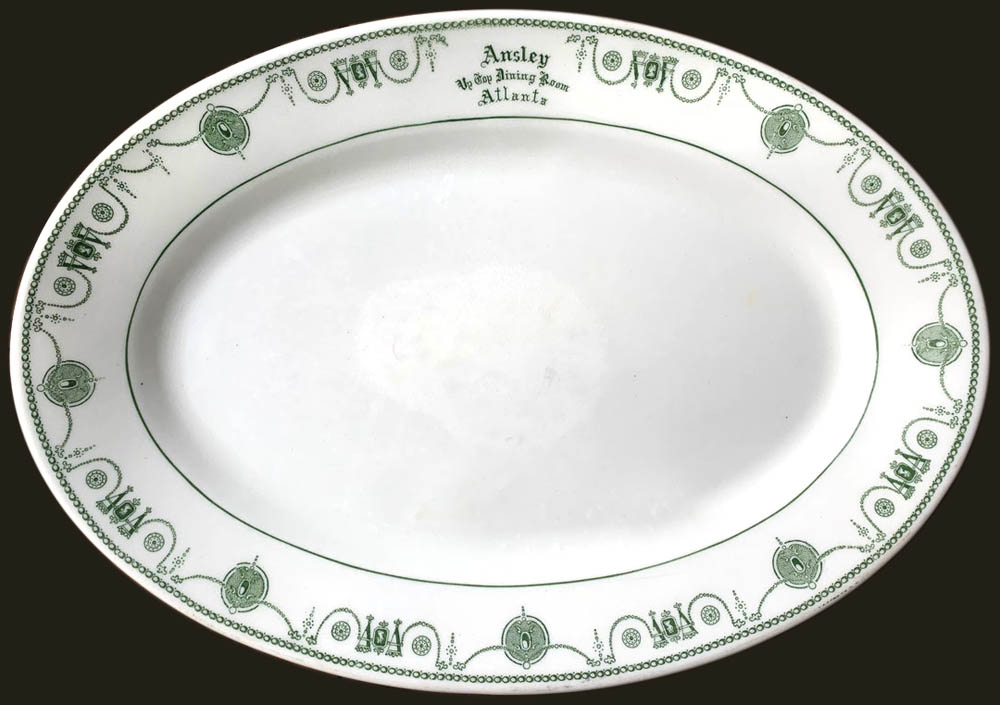 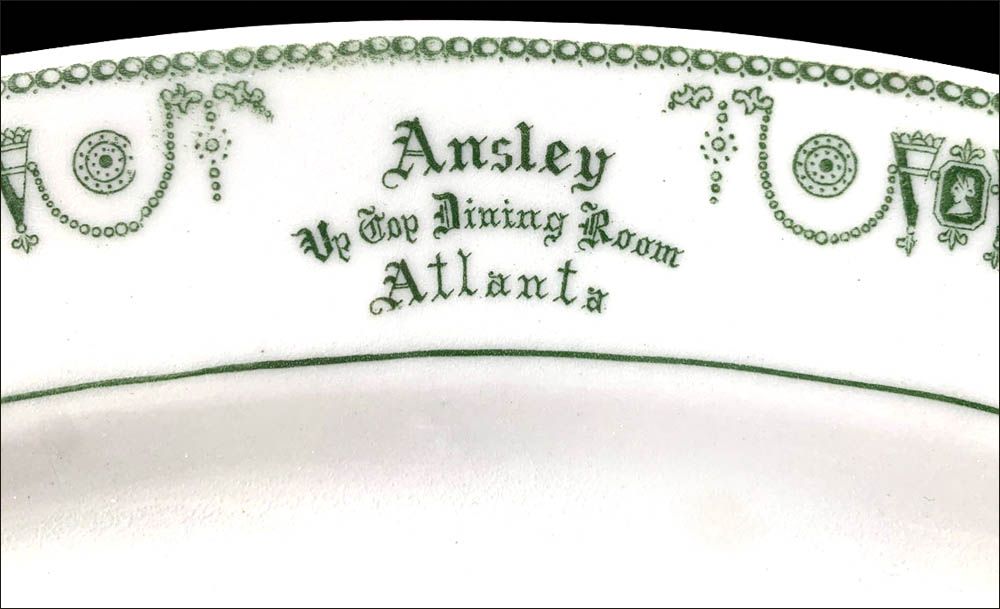 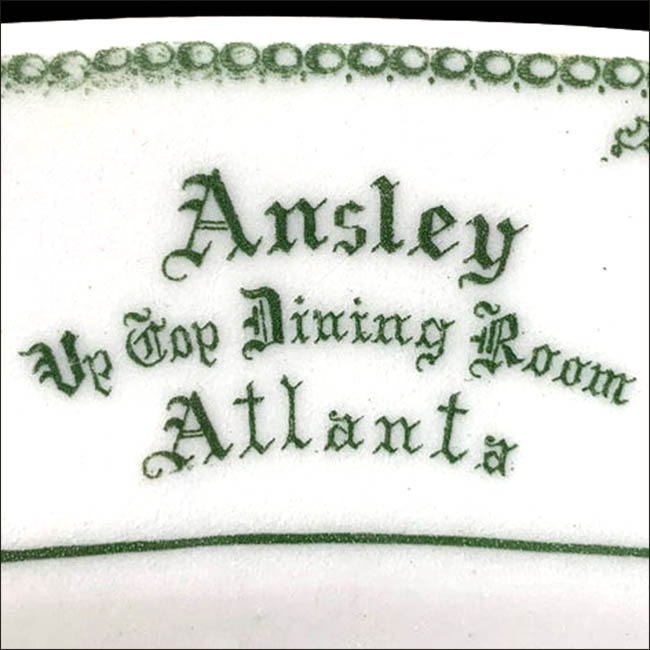 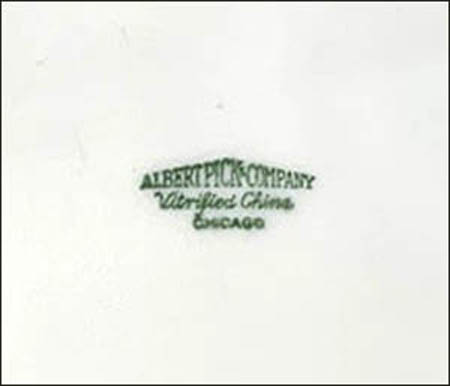 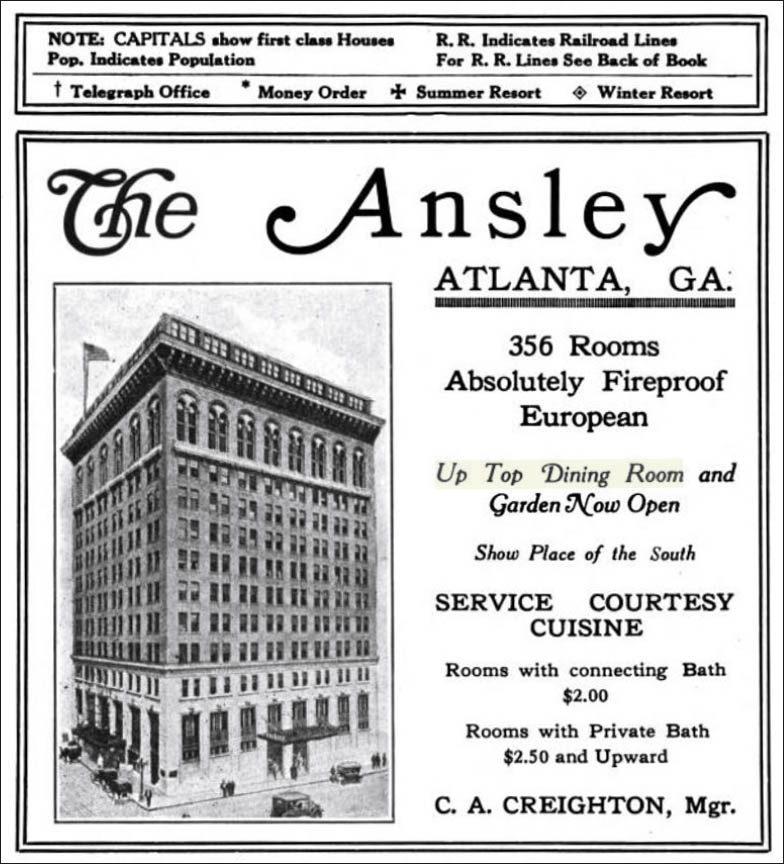 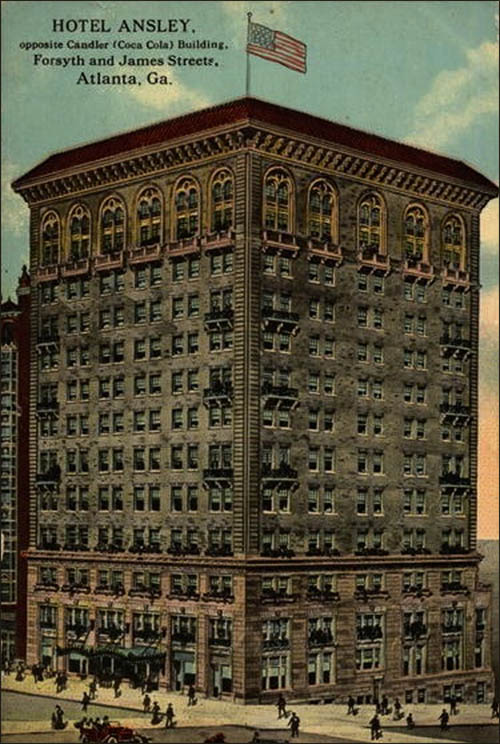 Notes: Opened in 1913 with 14 floors on Williams Street between Forsyth and Fairlie streets in Atlanta, Georgia, the Hotel Ansley operated until 1952 when it was purchased by Dinkler Hotels and renamed Dinkler Ansley – and then in 1953, the Dinkler Plaza. The building was razed in 1973. From an ad in the 1920 Automobile Blue Book: "The Up Top Dining Room overlooking the entire surrounding country, is unique and exceptional."

The Ansley was seemingly steeped in the culture of the old South, as evidenced by this description of the decor found on a hotel postcard: "In the lobby of this hotel are large paintings of Atlanta before the War between The States and afterwards. A portion of which burned by order of Gen. W. T. Sherman. In the lobby of the writing room is a life size painting done in oil on canvass of Gen. Sherman. A personal representative of Hotel Ansley may be found at Hotel Patten who will take pleasure in giving information concerning Atlanta and Hotel Ansley."