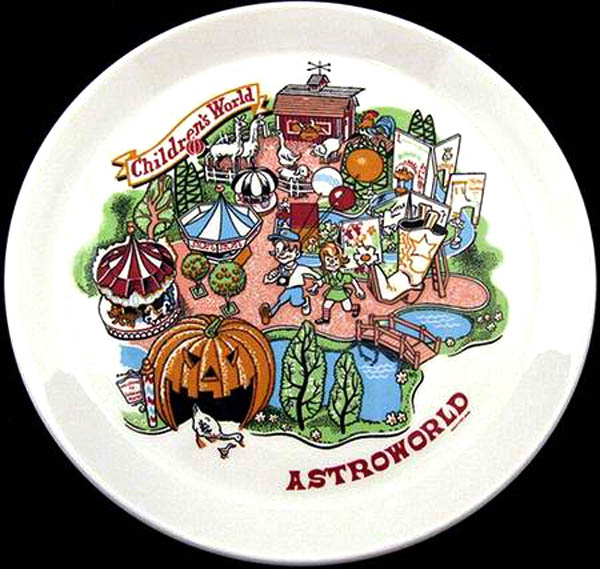 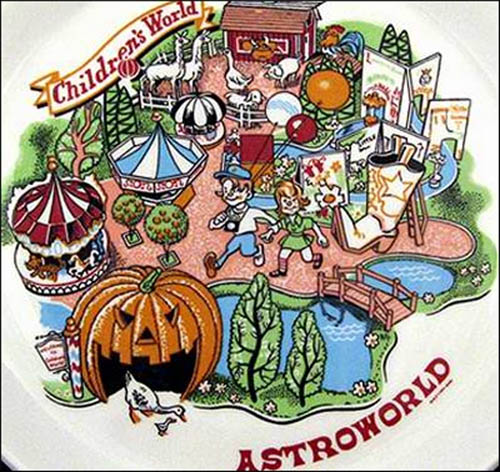 Notes: Astroworld was an amusement park located in Houston, Texas, with eight themed areas, each with its own architecture, lighting, music and sound, cast wardrobe, unique shops and cuisine. Children's World, just one of the many venues within Astroworld, consisted of a classic Barnyard Petting Zoo, as well as having rides such as one called Rub-A-Dub, which was a waterboat tunnel ride through a series of Mother Goose stories.

ID and photos contributed by teabear