Manufacturer: Shenango China
User: Astroworld
Date of cup: circa 1969
Date of saucer: circa 1972 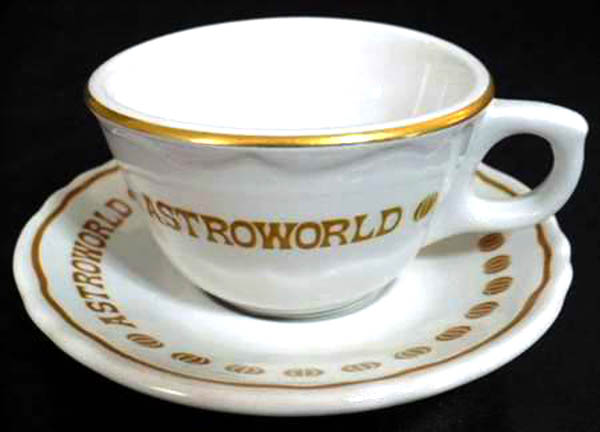 Notes: Astroworld was an amusement park located in Houston, Texas, with eight themed areas, each with its own architecture, lighting, music and sound, cast wardrobe, unique shops and cuisine.

White body with a gold rim line border; topmarked "Astroworld" with gold pumpkin-shaped circles on either side.