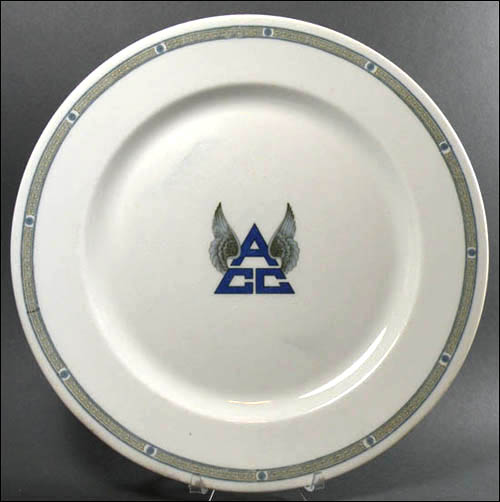 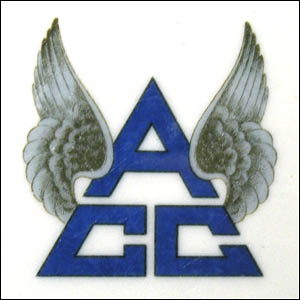 Notes: According to the club's website, the Athletic Club of Columbus was founded in 1912. Located at 136 E. Broad St. in Columbus, Ohio, the current six-story clubhouse (as of 2015) was dedicated in 1915, the same year this service plate was made, likely making it the first order of china.

The deep blue letters ACC form a triangle flanked by upraised gray wings. The rim pattern is formed by two lines of blue dots, and between them is a design of interlocking hearts in gray intersected by blue flowers.

For additional info:
Athletic Club of Columbus by McNicol China