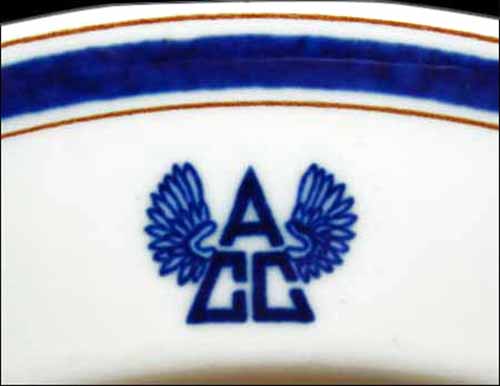 The letters ACC formed into triangle flanked by upraised wings, all in blue with a blue band between two thin rust colored lines around the rim.

For additional info:
Athletic Club of Columbus 2 by Syracuse China

ID and photo contributed by floralady