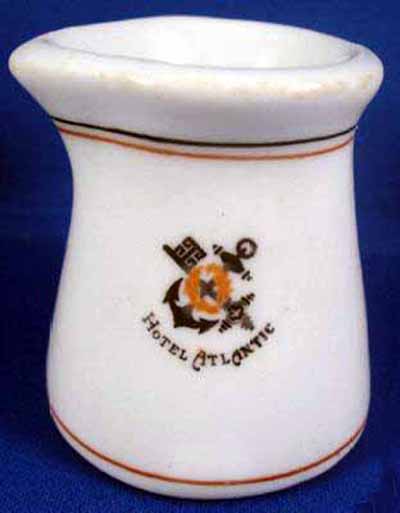 Notes: Built originally as the 300-room Kaiserhof Hotel, this hotel opened in 1872 on Clark Street in Chicago, Ill. In 1915, an 18-story addition was added, and shortly afterward, the name was changed to the Hotel Atlantic. Sometime between 1963 and 1973 the building was demolished.

White body, anchor and key crossed behind wreath in orange and black with matching stripes. Hotel Atlantic below.

Not to be confused with the VERY similar North German Lloyd anchor logo.