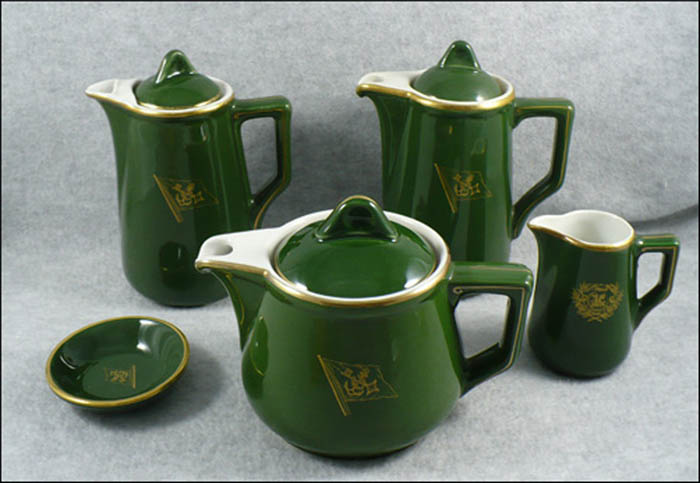 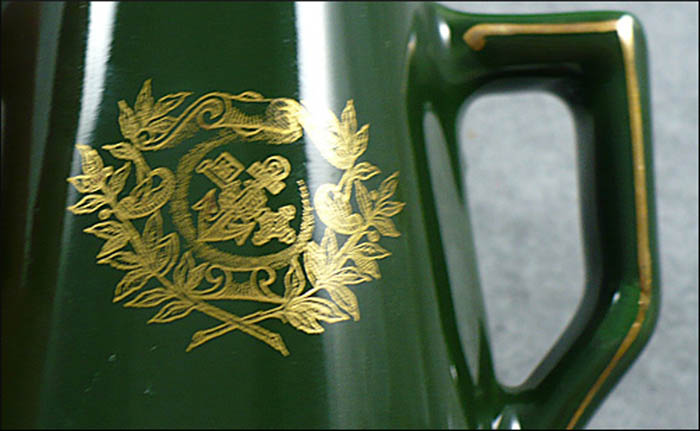 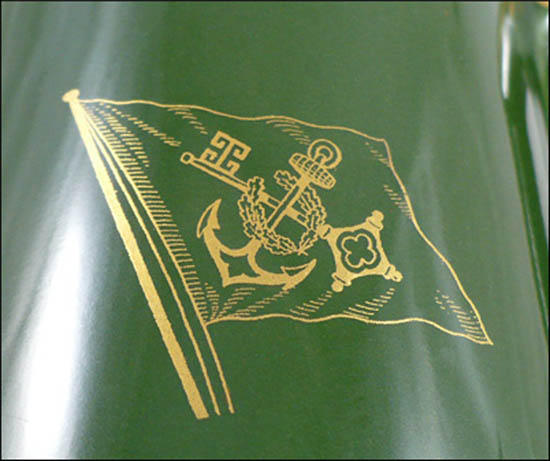 Notes: Forest green body with white interior and gold trim. Please note two different outer treatments to same inner logo. Flag logo seems to be most common. (There may have been a difference between first class or dining room etc?)

House flag with anchor and flag crossed behind wreath or also within a larger wreath.

Not to be confused with the VERY similiar Hotel Atlantic logo/topmark.

From wikipedia:
The Norddeutscher Lloyd, sometimes found with a different spelling of Norddeutsche Lloyd, (NDL) (English: North German Lloyd) was a German shipping company. It was founded by Hermann Henrich Meier and Eduard Crüsemann in Bremen on 20 February 1857. It developed into one of the most important German shipping companies in the late 19th and early 20th Century, and was instrumental in the sustained economic development of Bremen and Bremerhaven. On 1 September 1970, the company merged with Hamburg America Line (HAPAG) to form Hapag-Lloyd AG.

ID and photos contributed by Jackie