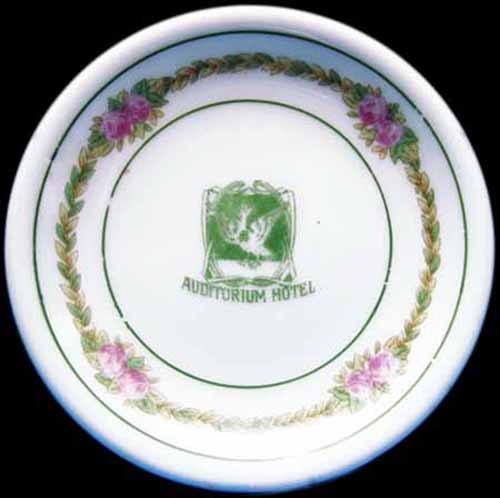 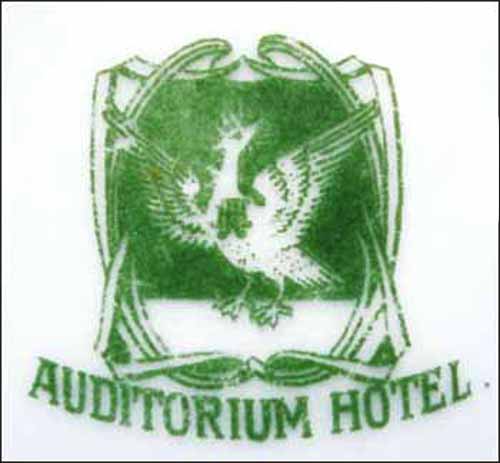 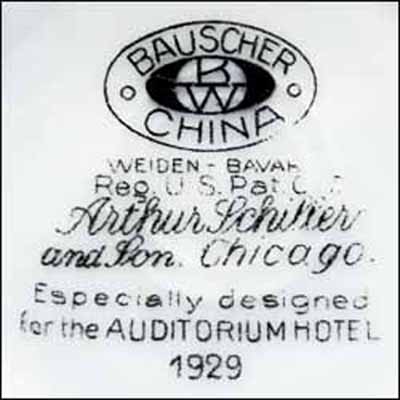 Notes: Located within Chicago's landmark Auditorium Building, the 400-room Auditorium Hotel was part of a complex multi-use building designed by architects Dankmar Adler & Louis Sullivan and engineer Paul Mueller. The building was opened in 1889 and dedicated by President Benjamin Harrison, with the hotel portion opening the following year. The common areas of the hotel featured some of the most innovative and eye-catching architecture of the day including elaborate mosaics, gold leaf and grand archways.

The building was described as "the grandest on the continent – prepared to meet the requirements of a great high-class hotel without regard to labor or expense" in "Picturesque Chicago and Guide to the World's Fair" (1893), although one design flaw was the fact that the hotel had only one bathroom for every ten guest rooms. During World War II, the Auditorium Building was used a processing center for military personnel, and in 1946, it was acquired by Roosevelt University. The Auditorium Building was named a National Historic Landmark in 1975.

White body with a pink rose vine and green stripe rim treatment. Topmarked with a green shield, featuring a bird with spread wings (possibly a Phoenix) with an intertwined "AH" in the center of its chest, and "Auditorium Hotel" curved below.