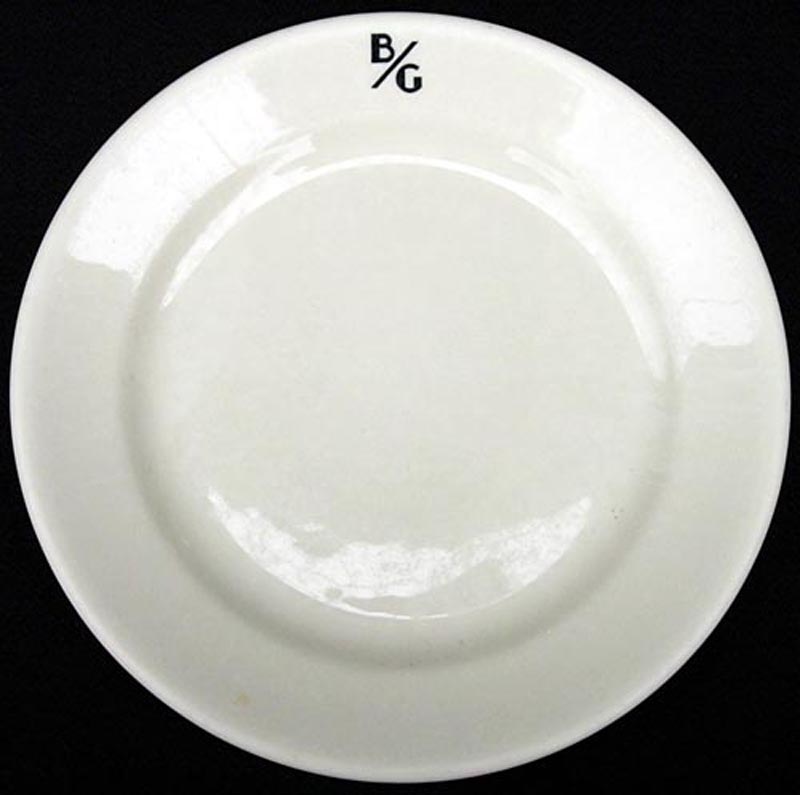 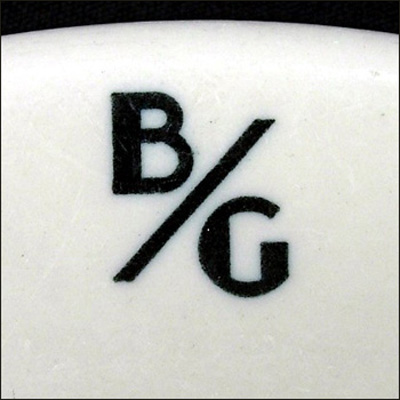 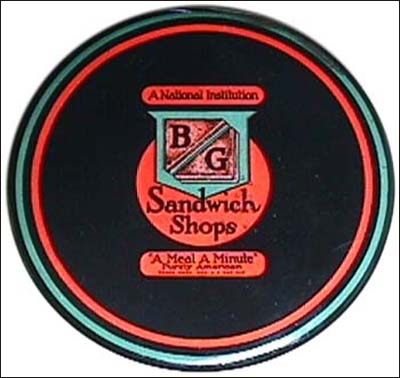 The plate has B/G in bold black on the rim on a plain white background.