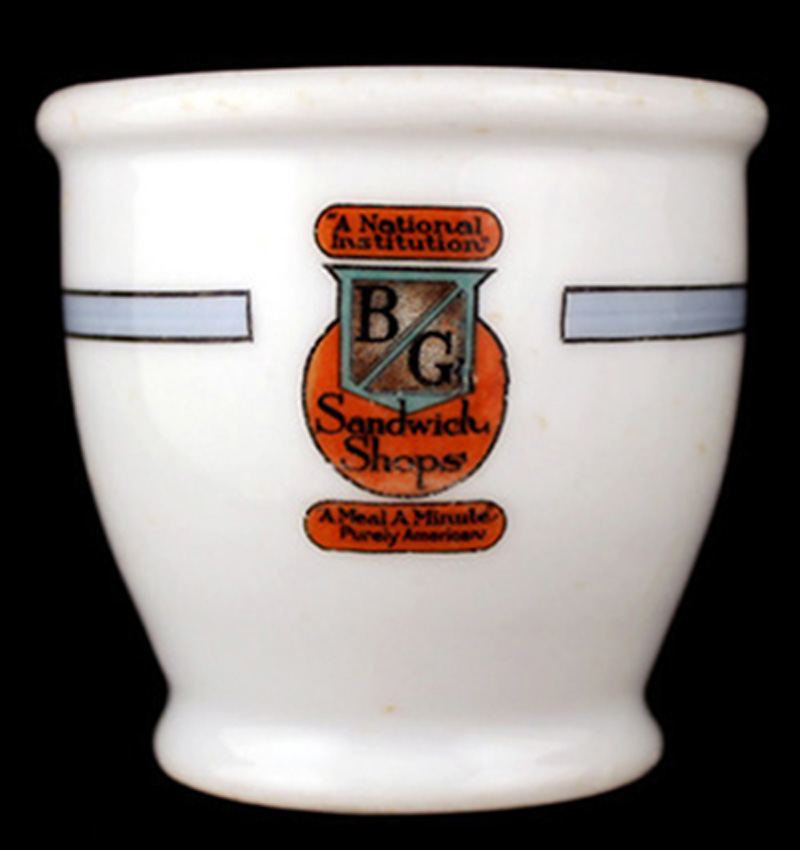 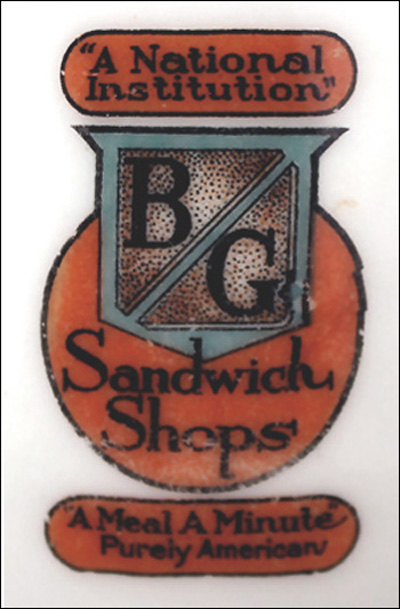 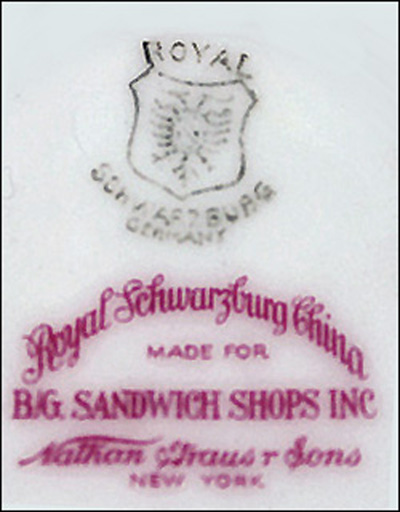 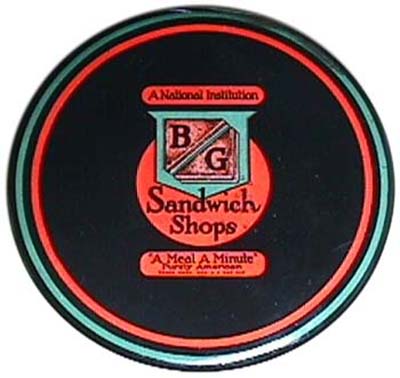 The egg cup has a blue band edged with black line, and on the front the company logo: a shield with B and G, interrupted with a diagonal line, and the words "A National Institution," Sandwich Shops and "A Meal A Minute" Purely American.