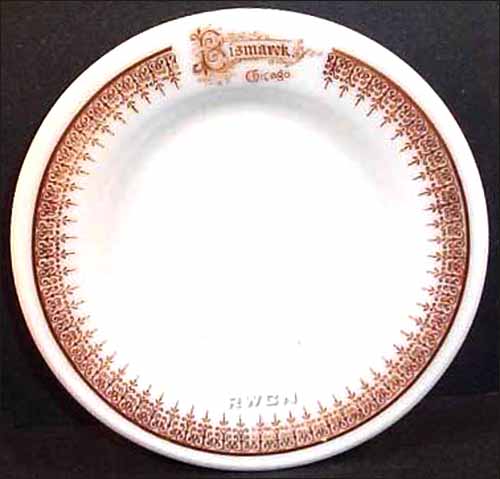 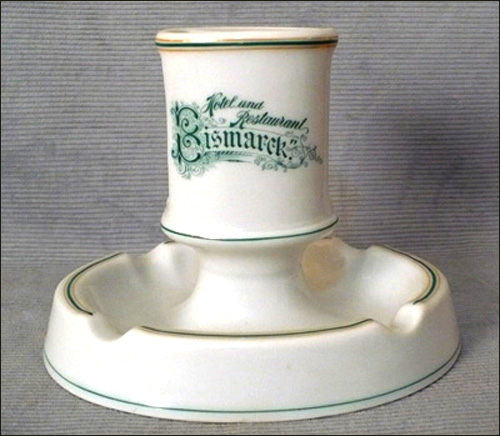 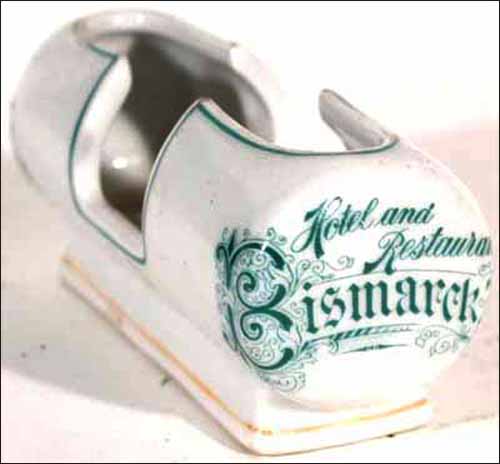 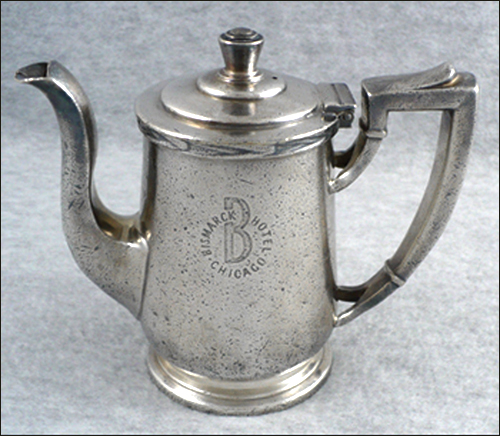 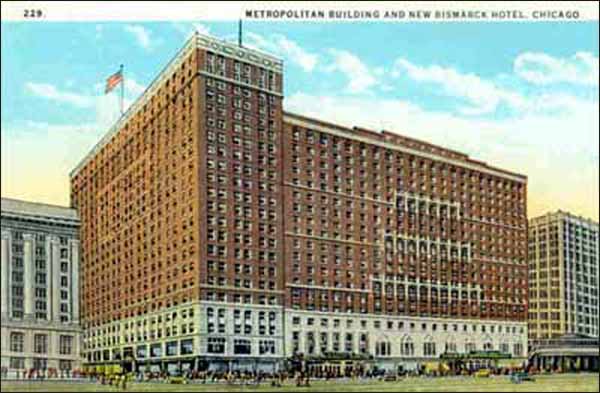 Notes: The first Bismarck Hotel was four floors and 200 rooms, built in 1894 by the three Eitel Brothers. In 1914, because of the unpopularity of the name during World War I, the hotel was renamed The Randolph Hotel. The original Bismarck which had been renamed The Randolph Hotel was razed in 1924 and construction began on a new 600-room Bismarck Hotel at 171 West Randolph Street. Included in the new hotel were the 2,500-seat Vaudeville Palace Theatre and the 20-story Metropolitan Office Building.

The hotel stayed in the Eitel family until 1956 when it was purchased by the Wirtz family, who installed air conditioning, automatic elevators and telephones. In 1996, the hotel was sold and after a $31 million facelift, it reopened in 1998 as the Hotel Allegro Chicago, a Kimpton Hotel.

The butterpat would date to the first Bismarck. The font on the toothpick holder matches the pat's font, but with its different color, it may have been introduced with the second Bismarck in 1924.