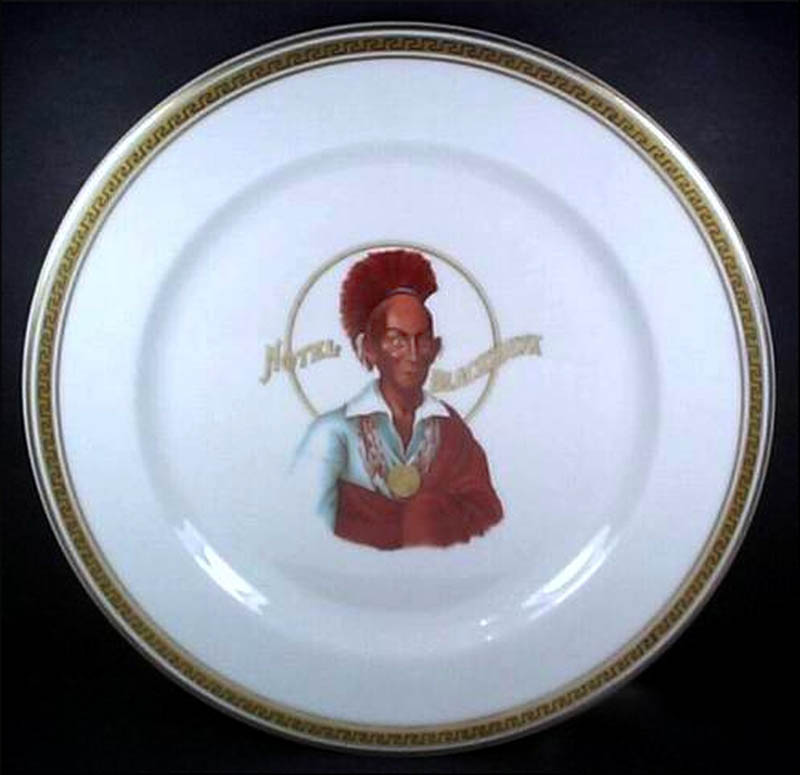 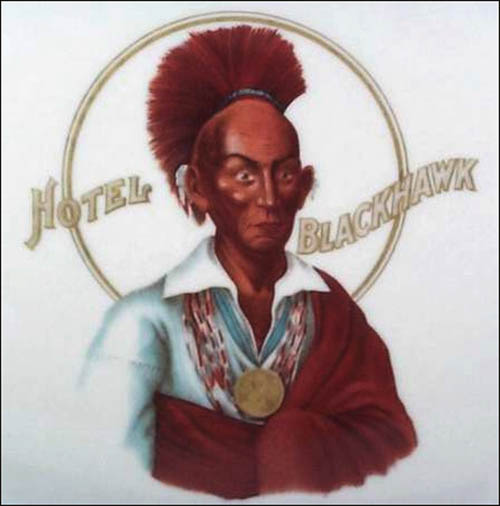 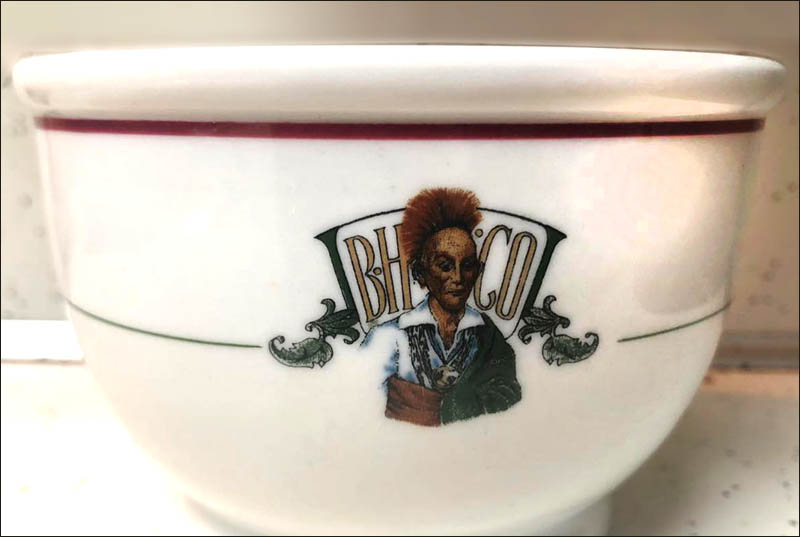 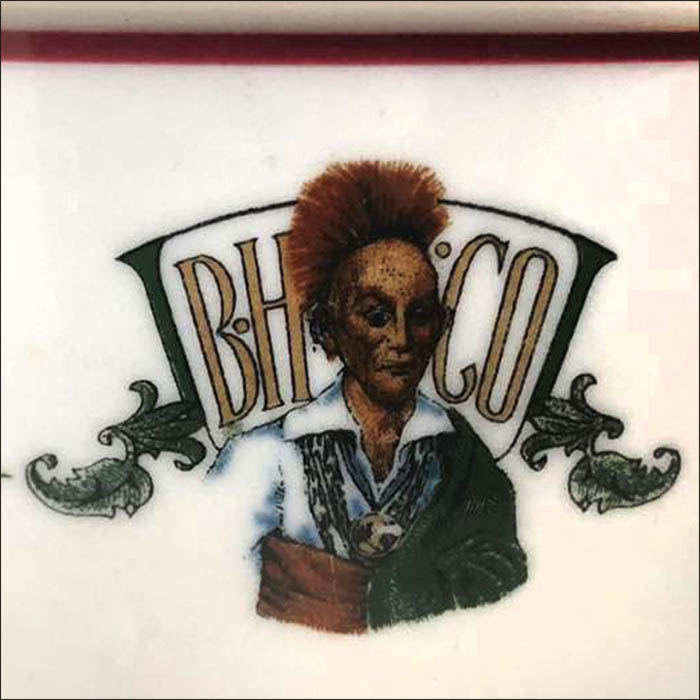 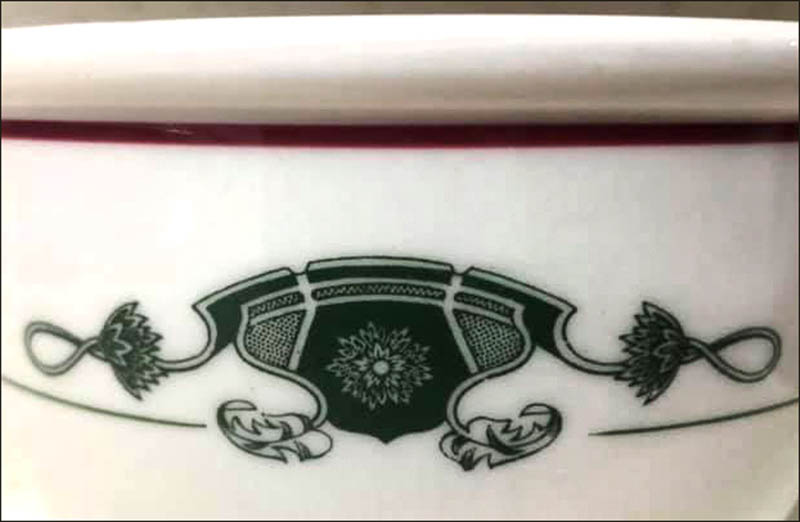 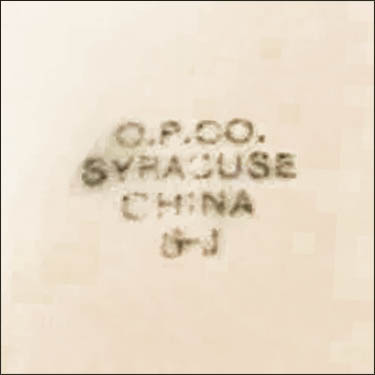 In April 2009, the hotel was sold to Restoration Saint Louis, an experienced hotel renovation company. Following an extensive $46 million renovation, in December 2010, the historic hotel reopened as the first and only Preferred/Summit hotel in Iowa with new high-end retail stores, 19 upscale residential units and 52 suites, as well as a premier spa, Spa Luce, a business center, a fitness center and an indoor heated pool.

As of 2020, the Blackhawk Hotel is a part of the Marriott Bonvoy Autograph Collection Hotels group.

The service plate has the stylized image of a Native American in the well and behind him: Hotel Blackhawk. Its narrow border pattern is a Greek key-style in black set against coin gold.

The bowl is Syracuse underglazed pattern #82301, identified in a binder of Syracuse underglazed patterns, along with the name: Blackhawk (shown above). It is a lovely, graceful Art Nouveau style border pattern. On the opposite side is a slightly different version of the same Native American that's on the service plate, but behind him are the letters BHCO, for Blackhawk Hotel Company.