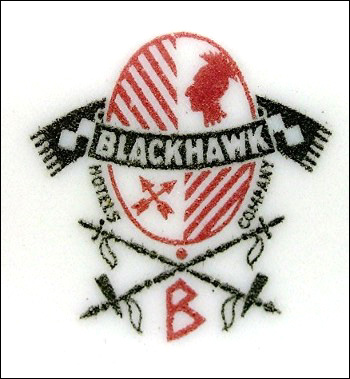 White body, maroon band, oval logo consisting of a Native American silhouette and crossed arrows with black banner reading Blackhawk, Hotels Company on the outside of the oval, crossed peace pipes below with B.