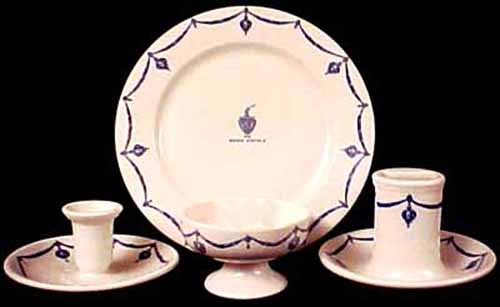 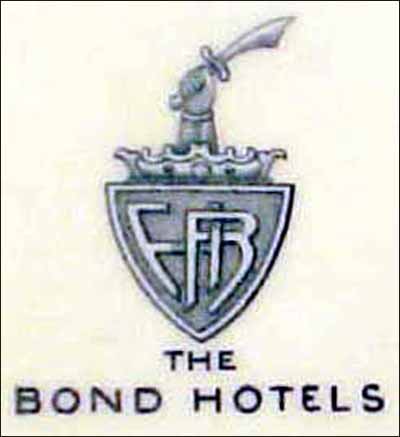 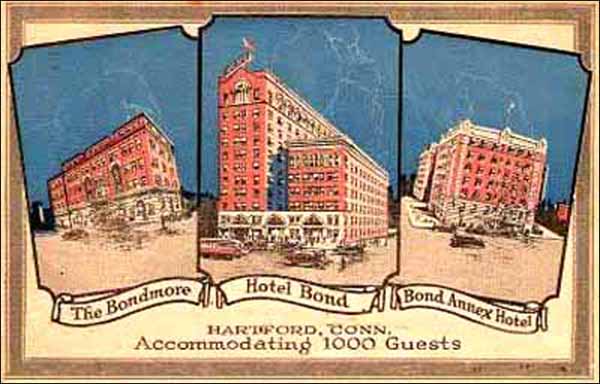 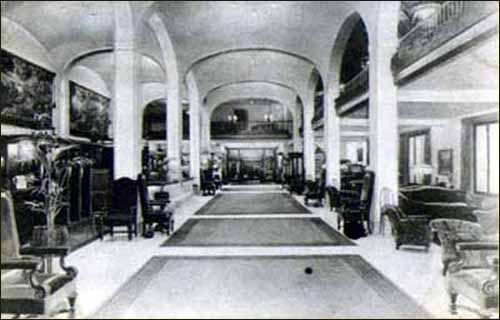 The 5,000 sq.ft. Grand Ballroom on the top floor of the Bond Hotel with its 30-foot ceiling and huge Palladian windows that overlooked Hartford became the place to be.

The hotel closed in the early 1980s and sat for many years, although the Ballroom was still used for weddings and the such. The Ballroom was renovated in 2000 and reopened in Sept. 2001.

In the photo above, the candle holder and footed sherbet were made by Scammell's Lamberton China in 1923. The design consists of dark or navy blue bunting or swags draped around the border with medallions of the same color. Syracuse China called this pattern Adolphus, patented March 11, 1913. It is unknown if Scammell named it or merely copied it for the Bond Hotels.