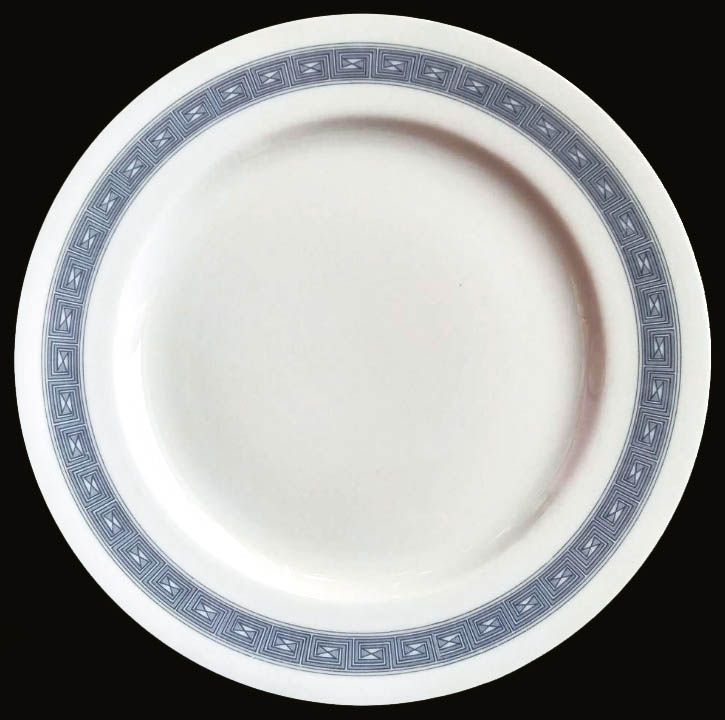 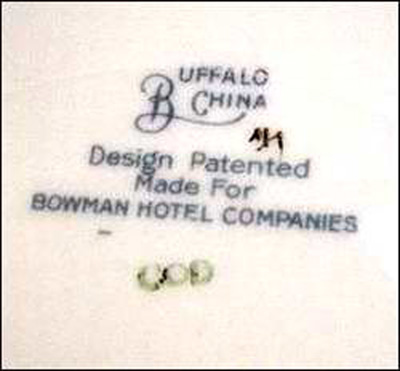 Notes: Canadian-born businessman and American hotelier John McEntee Bowman (1875=1931) owned the Bowman-Biltmore Hotels Corporation. He learned the hotel business by working at New York City's Holland House Hotel. When the owner died in 1913, Bowman bought his first Biltmore hotel from the estate and built it into a chain of one of the most recognized hotel names in the world. Hotel magnate John Bowman died in Manhattan, N.Y. at the age of fifty-six after a gallstone operation.

* This is a pattern description only, as the actual pattern name is unknown and this design is a variation of the basic Greek Key pattern design.

This modified Greek Key pattern design with repeating and interlocking right-angle and vertical lines was produced by several manufacturers, including Syracuse, Buffalo and Scammell. White body with geometric blue-gray Greek key border and a single blue-gray band on each side of the Greek key design.

Click here to view the original patent design (D55272) by Julian Holland, assignor to the Bowman Hotel Corporation, issued May 25, 1920.