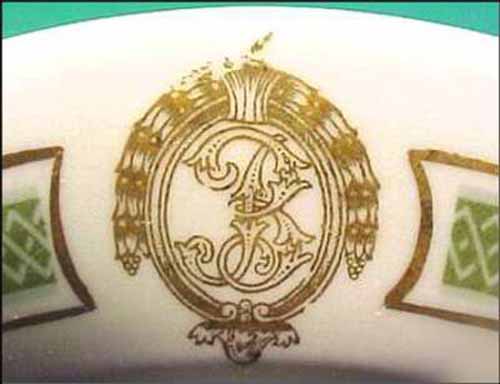 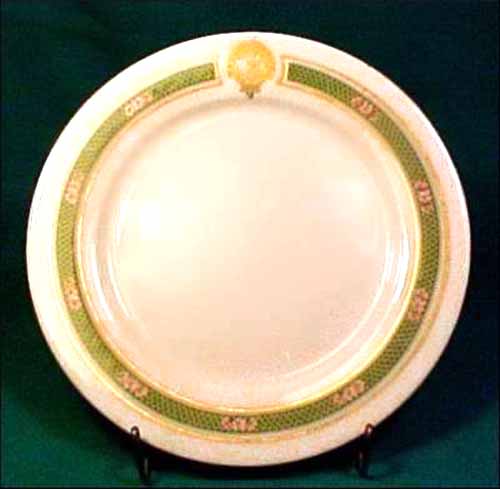 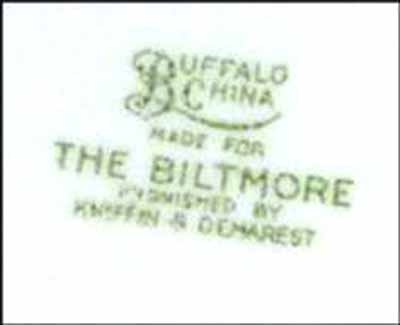 Notes: Canadian-born businessman and American hotelier John McEntee Bowman (1875-1931) owned and operated The Biltmore hotel chain under the Bowman-Biltmore Hotels Corporation. The Biltmore name is also used by other hotels not associated with this corporation.

John Bowman learned the hotel business by working at New York City's Holland House Hotel. When the owner died in 1913, Bowman bought his first Biltmore hotel from the estate and built it into a chain of one of the most recognized hotel names in the world. Hotel magnate John Bowman died in Manhattan, New York at the age of fifty-six after a gallstone operation.

Ivory body with gold line and green cross-hatched border, accented with pink flowers. Topmarked in gold with The Biltmore hotel logo, consisting of an oval frame with script B inside and a wreath above.