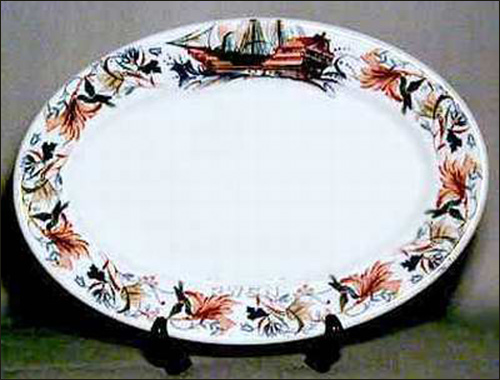 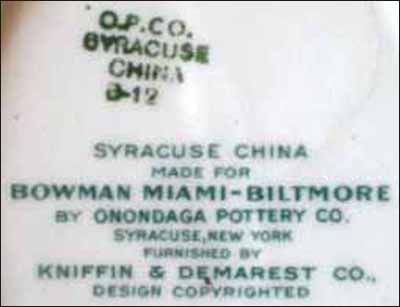 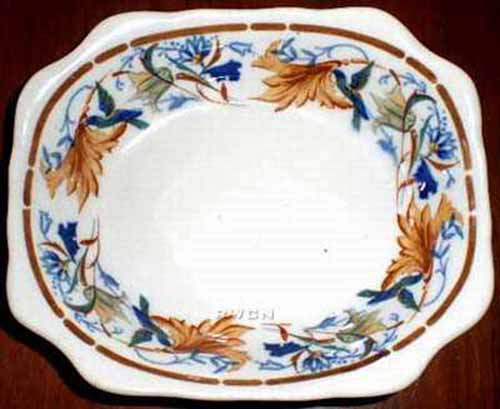 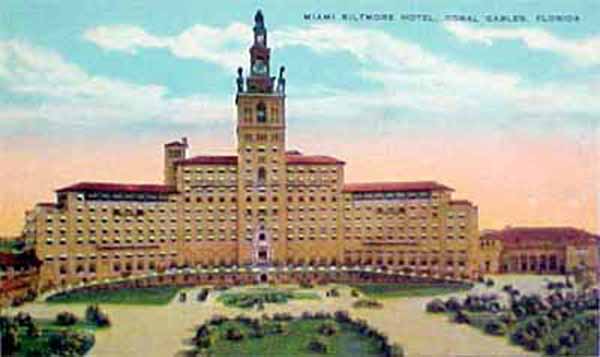 
Notes: The Coral Gables-Miami Biltmore Hotel located in Coral Gables, Florida opened in January 1926. Built by John McEntee Bowman and George Merrick as part of the Biltmore hotel chain, it was the tallest building in Florida when completed, surpassing the Freedom Tower in Downtown Miami. This Schultze and Weaver-designed building is a National Historic Landmark.

At one time the hotel pool was the largest pool in the world and among the many attractions was swimming instructor (and later Tarzan actor) Johnny Weissmuller. The hotel has been used as a setting for the movie Bad Boys and television programs, including CSI: Miami and Miami Vice.

The hotel served as a hospital during World War II and as a VA Hospital and campus of the University of Miami medical school until 1968. It became a Miami Luxury Hotel again in 1987, managed by the Seaway Hotels Corporation. (Source: Wikipedia)

The platter shown above was customized for the Biltmore Hotel by the addition of the ship to a Syracuse floral stock pattern.