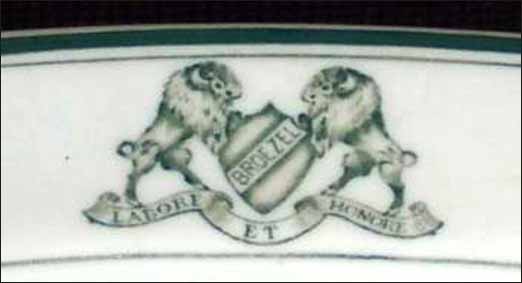 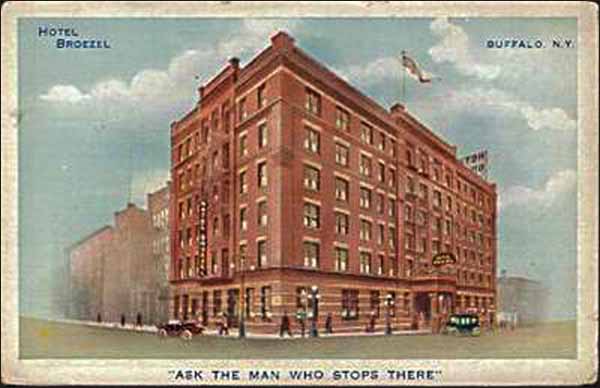 Notes: In 1875, successful restaurateur John Broezel built the Broezel House at Seneca and Wells Street in Buffalo, New York. Mr. Broezel was the proprietor of this leading Buffalo hotel until he sold the property to B.L. Sheldon & Son, six months before he passed away in October 1887. Two years later, the original Broezel House was destroyed in the Great Seneca Street Fire of 1889.

In April 1890, proprietors B.L. Sheldon & Son opened the new Hotel Broezel at the same location. The new Hotel Broezel was a six-story, brick and stone "absolutely fireproof" structure with 175 rooms and 60 bath rooms. The hotel was conveniently located two blocks from the original New York Central Station and was known for its advertising slogan: "Ask the man who stops there."

Prominent hotel businessman John E. Boldt assumed proprietorship of the Hotel Broezel in the early 1900s, until his death in April 1906. Mr. Boldt was also the proprietor of the Whitcomb House in Rochester, New York.

On September 17, 1913, the top floors of the "absolutely fireproof" Hotel Broezel were destroyed by a fire that began in the nearby Dirnberger Popcorn Company. None of the 250 hotel guests were injured, but the resultant damage was $150,000. Thereafter, the hotel was rebuilt and continued to flourish until the original New York Central Station closed in 1929. The closure of the station affected many businesses, including the Hotel Broezel, which closed and auctioned its contents in May 1935.

White body with a dark green border and a topmark featuring a shield with the word "Broezel," flanked by two standing buffalos and a banner beneath that reads, "Labore et Honore," which translates to "by work and with honor."