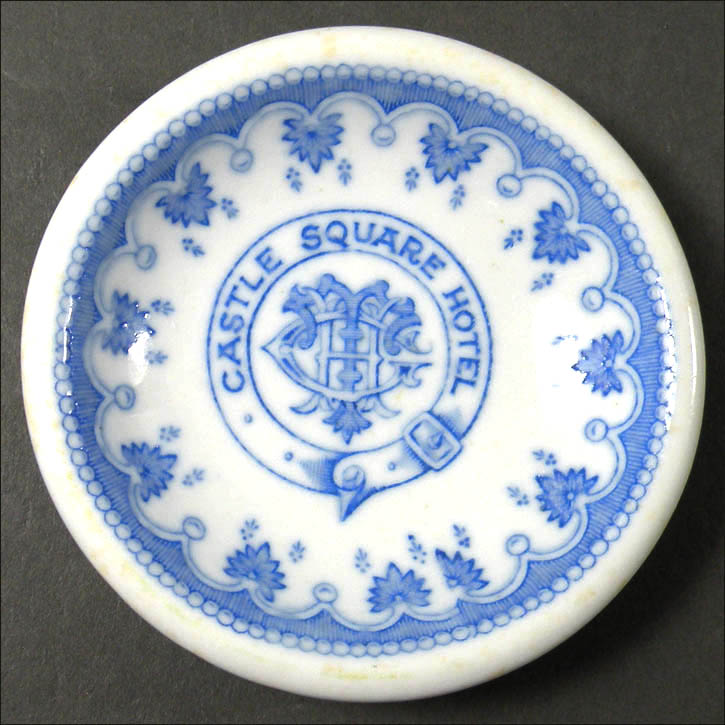 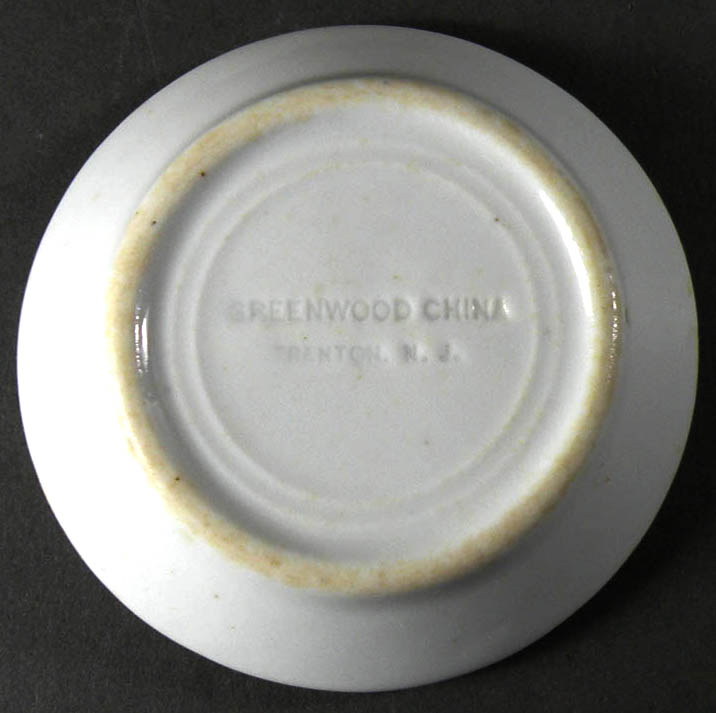 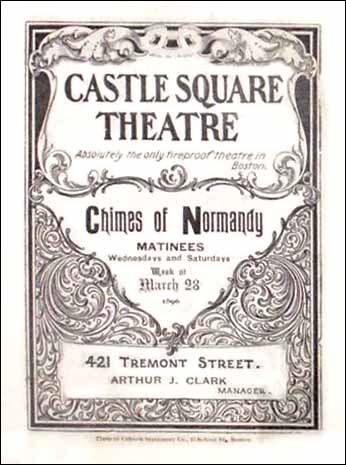 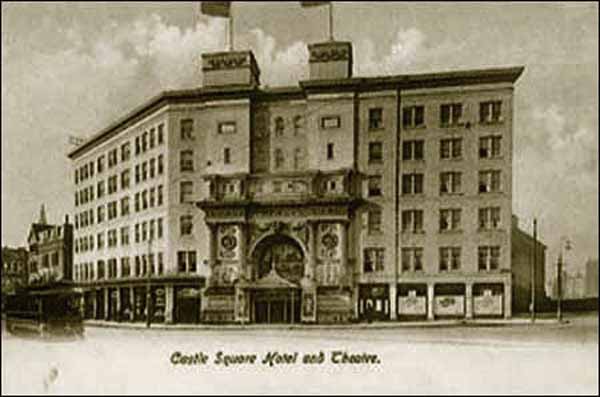 The opulent theater included a stock company and performance troupe. In 1917 a projection booth was added to the theater for films; by 1921 the theater was renamed the Arlington Theatre. During the 1920s, however, the theater returned to live shows and later the name reverted back to Castle Square Theatre.

The hotel and theater closed during the Depression and was demolished December 1932-January 1933.

Notice that this baking dish bears the initials CHT, indicating (one imagines) its exclusive use at the theater — with the initials standing for Castle Hotel Theatre. However, all known programs refer to the venue as the Castle Square Theatre so it appears that a mistake was made with the china's monogram when it was designed.

Carolina Blue border of a common beaded and leaf design. In the center of baking dish is a circular belt with buckle that says Castle Square Hotel. Inside the belt is a an entwined monogram or initials, CHT.