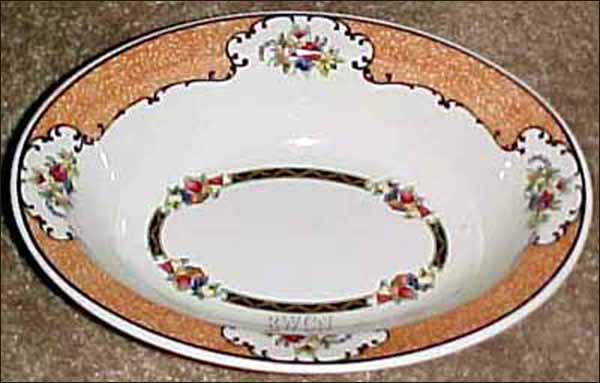 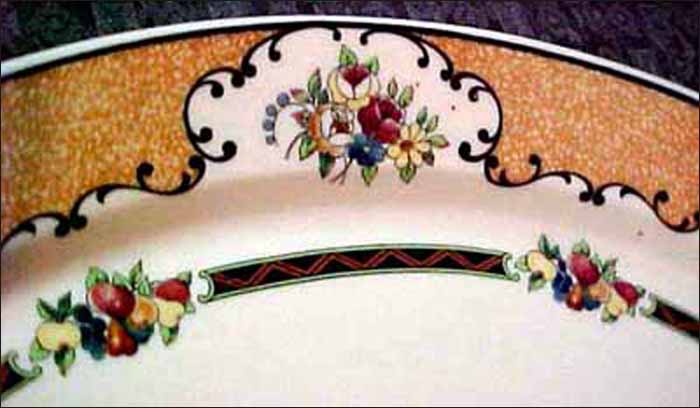 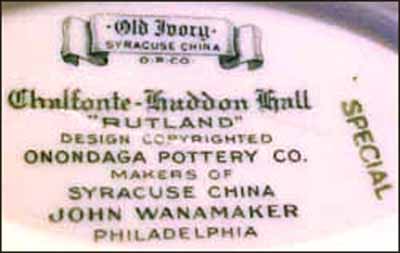 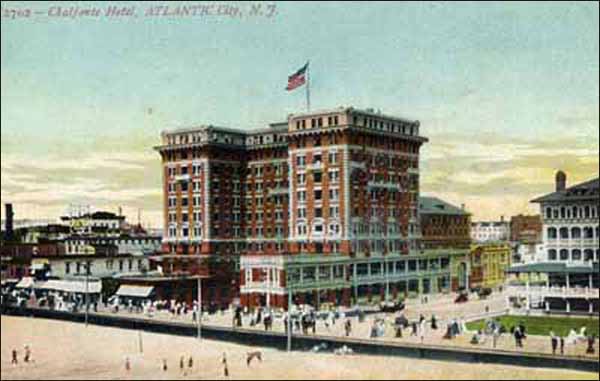 The Leeds and Lippincott Company acquired both properties and then rebuilt Haddon Hall, merging the hotels in 1929 to form the Chalfonte-Haddon Hall Hotel.

In 1943, Haddon Hall was used for the Atlantic City Air Forces Training and Reception Center Hospital.

If one follows the logic used in identifying railroad china, then this Rutland pattern could have been a Syracuse stock pattern – used by other venues – and customized by Syracuse for Chalfonte Haddon Hall with the addition of the backstamp.