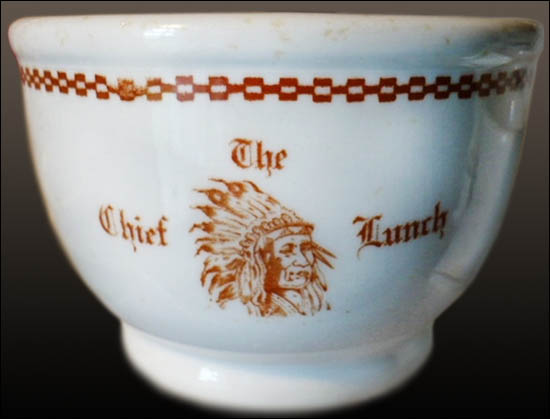 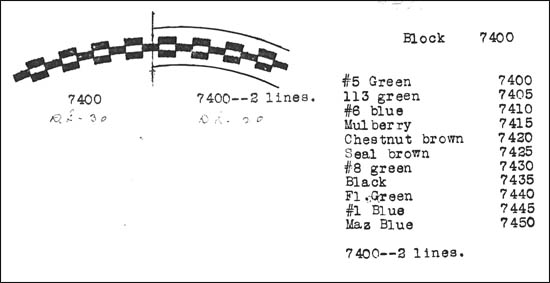 Notes: The Chief Lunch was one of Portland's most popular lunch counters and provided a quality lunch for a reasonable price. Alvah Inman entered the restaurant business circa 1918 and operated the Chief Lunch at 414 Morrison Street (Southwest 11th Avenue) for more than 10 years.

The checker border design is found in a binder of old Syracuse underglazed patterns. It is Block 7400 and actually would have been considered to be Block 7420 as shown in this red rust brown color that Syracuse referred to as "Chestnut brown." The head of a Native American in headdress in three-quarters view is shown (in Old English or Gothic lettering) with The above, Chief on the left and Lunch on the right.

A silver-plate teapot has been found with this same lettering and same drawing of a Native American, and on the back it is stamped: "Stolen from Chief Lunch | Portland, Ore."