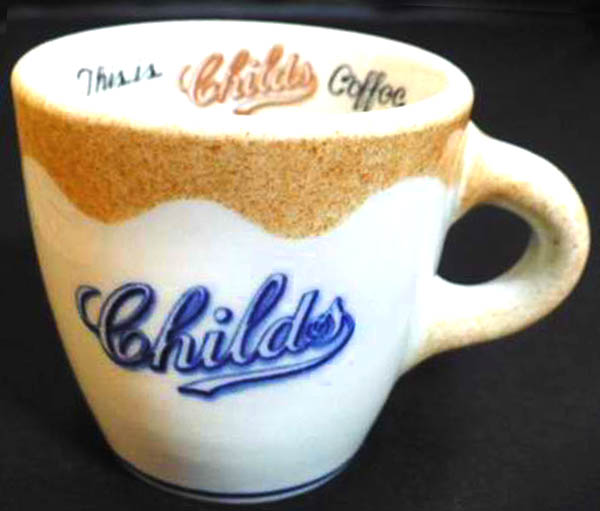 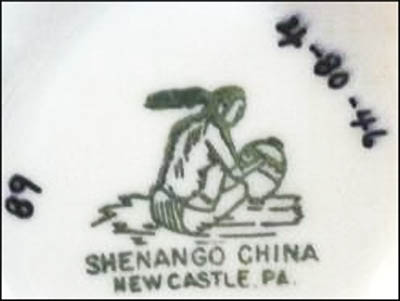 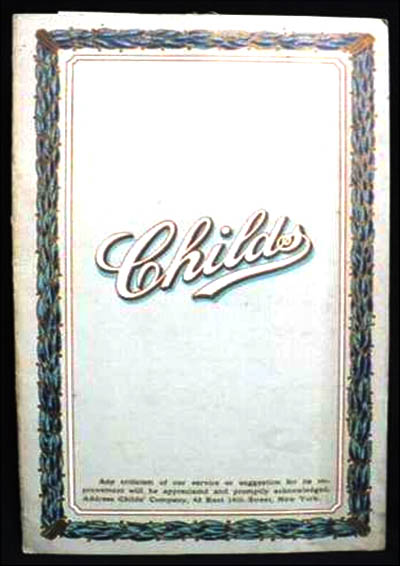 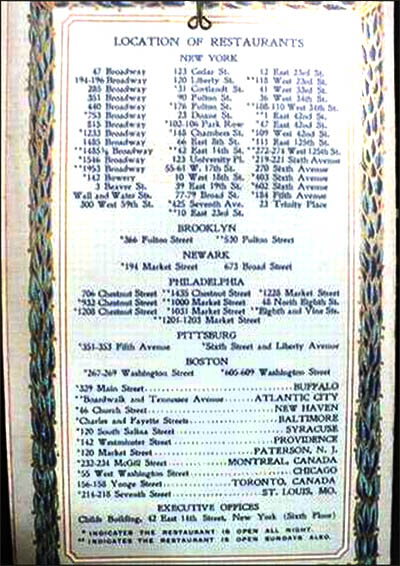 Shenango sample mug. White body with light brown airbrushed rim and handle, topmarked "Childs" in blue and marked on the inside "This is Childs Coffee" in black & light brown. Bottom-marked with the sample code: 4-80-46 and the number 89.