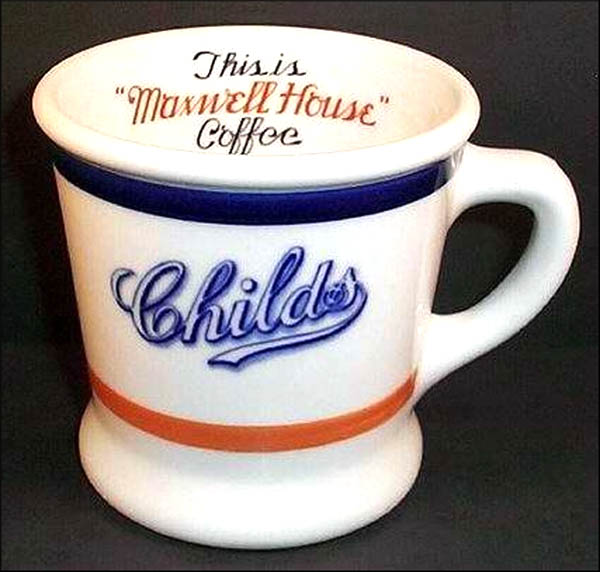 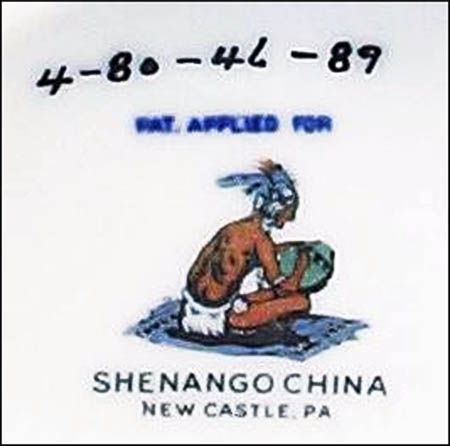 White body Shenango sample mug with blue and orange bands,  topmarked Child's in blue and marked on the inside with This is "Maxwell House" Coffee in black and orange script. Bottom-marked with the sample code: 4-80-46-89.