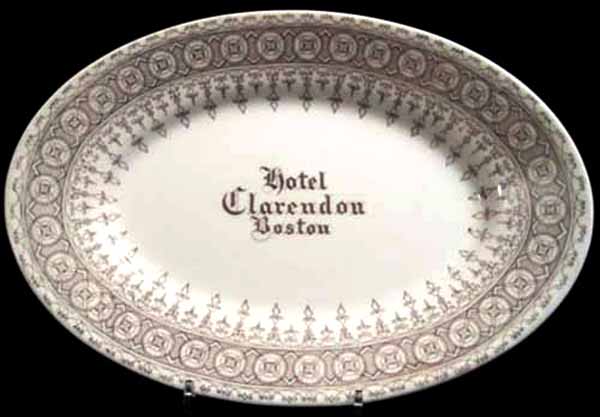 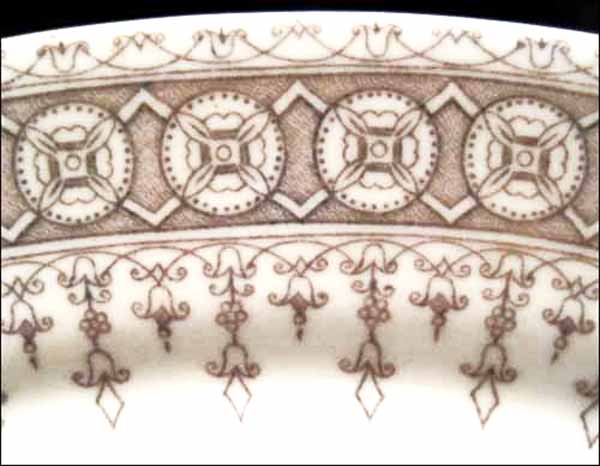 Notes: The first hotel at 523 Tremont Street in Boston, Mass., known as Clarendon House, burned in the great fire of Boston, November 9-10, 1872. A larger four-story hotel, named The Clarendon Hotel, was built on the same site. With enlargements, the address of the hotel was 517-529 Tremont Street. The hotel was listed in several Boston directories, the last of which was 1920. The hotel was listed in Hotel Red Books from 1906 to 1918 but not in 1922.

White bodied, oval platter with a wide elaborate gray-green ornamental design on the rim and the name Hotel Clarendon Boston in the center of the well.

A different hotel by the same name is the Hotel Clarendon in Daytona Beach, Florida.