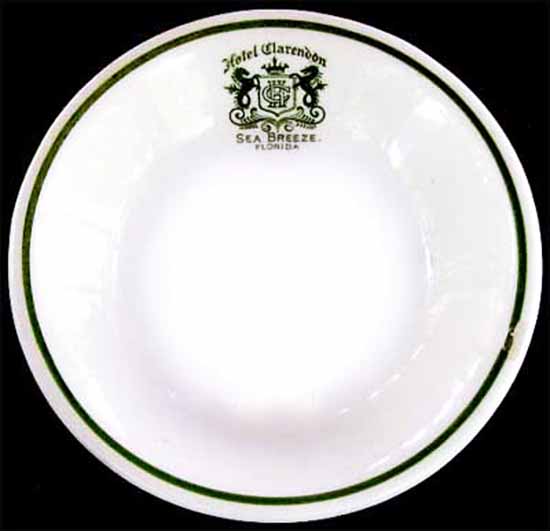 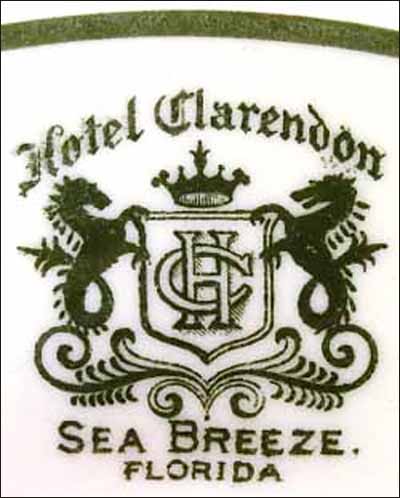 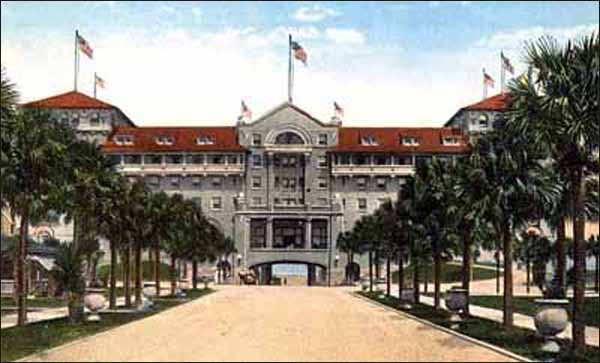 Notes: Located at 600 N. Atlantic Avenue in what is now Daytona Beach, the Hotel Clarendon got its start in the 1880s as the Clarendon Inn. The first wooden hotel built on the site burned to the ground in 1909 on Valentine's Day, while the second hotel – built of brick – was erected in 1914, portions of which are still in existence.

The hotel was famous for its drive-through to the beach under the center portion of the building. It was later known as The Plaza and is again using that name as it transforms into condos.

Seabreeze, Florida helps date this piece to pre-1926, when the towns of Daytona and Seabreeze on the peninsula merged to form Daytona Beach. During the early 1940s, the hotel served as barracks for the Women's Army Corps.

A different hotel by the same name is the Clarendon Hotel in Boston, Mass.