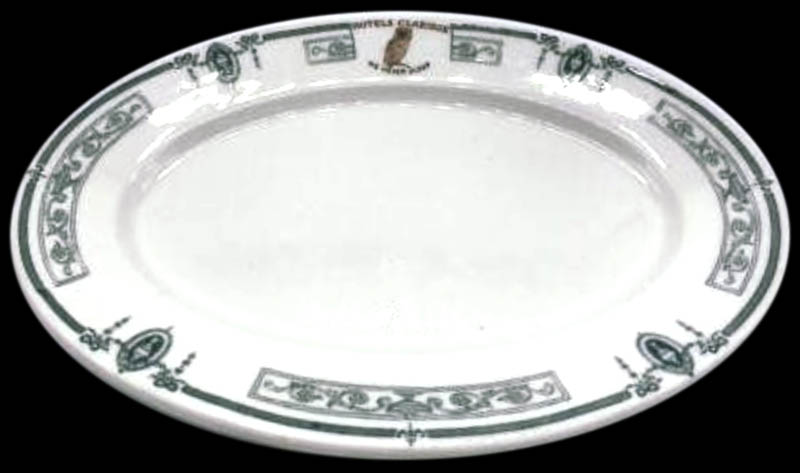 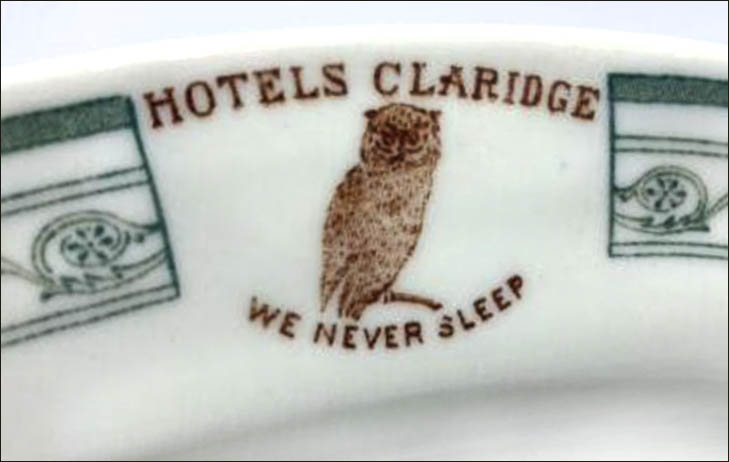 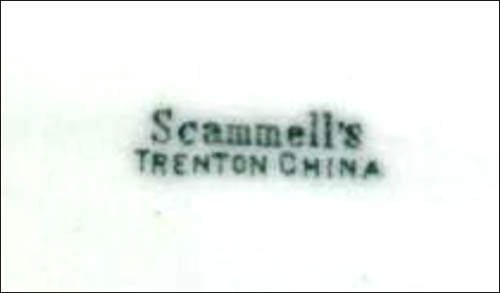 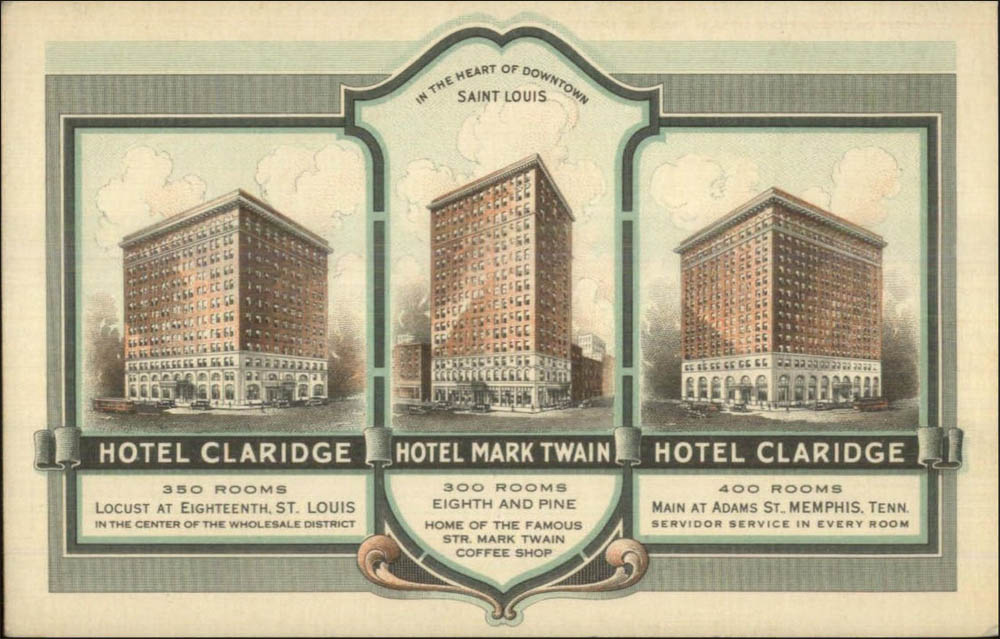 Notes: Around 1920, Charles Levy and Morris Corn, two St. Louis businessmen, formed Hotel Claridge Co. On March 5, 1921, they opened the 12-story, 350-room Claridge Hotel at 1800 Locust Street in St. Louis. In 1924, they opened the slightly larger 17-story 400-room Claridge on the corner of Main Street and Adams Avenue in Memphis. That was followed in 1928, with the 15-story, 300-room Mark Twain at 8th and Pine streets in St. Louis. The Claridge in St. Louis had a 300-seat cafeteria in the basement, along with a restaurant, coffee shop and ballroom. The Memphis Claridge had an English Tap Room, Plantation Dining Room, 20th Century Room, a Ballroom, and a Roof Garden.

The Claridge in Memphis closed in 1969. It has been converted into condos and operates as Claridge House. The Mark Twain is now apartments named the Paul Brown Lofts. The St. Louis Claridge did not have a happy ending; at some unknown time it was demolished.

Scammell made Trenton China crested in brown with an illustration of an owl on a tree branch. Above the illustration is "HOTELS CLARIDGE" and curved below is "WE NEVER SLEEP." The owl may have been chosen to suggest that "wise" people choose to stay at a Claridge hotel that is ready to serve them around the clock. The owl logo is flanked by a gray green transfer border of urns and acanthus scrolls in panels, between ovals with urns. This border was probably designed by Charles A. May because it has elements similar to his patented design Des 61,099 of 1922.

It is not known which of the hotels used this pattern, but the cafeteria in St. Louis seems likely as one of the locations.  The Mark Twain Hotel used a different Scammell patented design by George Ellis (Des 80783, patented in 1930).