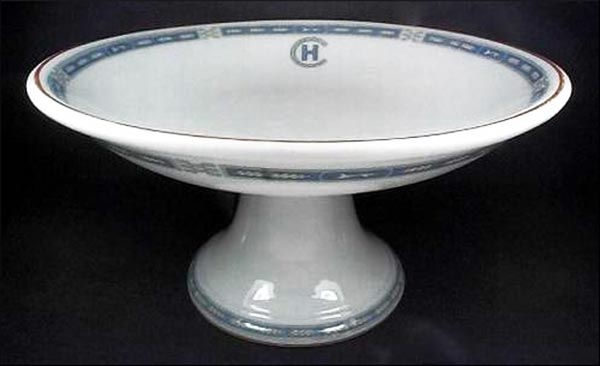 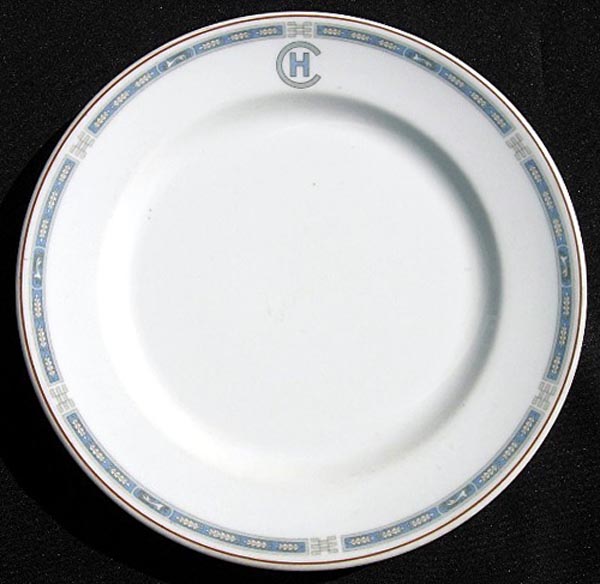 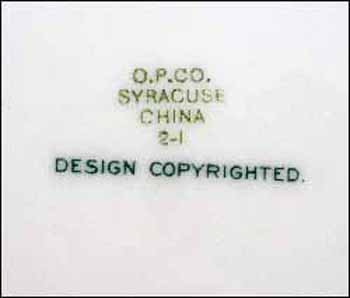 White body with red rim stripe and ornamental Mistic blue & gray rim border, featuring greyhounds and leaves. Topmarked with the hotel logo of a large gray letter "C" partially encircling a smaller blue letter "H". Over the years, the Hotel Cleveland used several logos, including this logo which was also used on a bottom-marked silver plate. The hotel also used a "C" set within a wreath as a logo, as well as the logo featured on the service plate by Bauscher Brothers linked below.