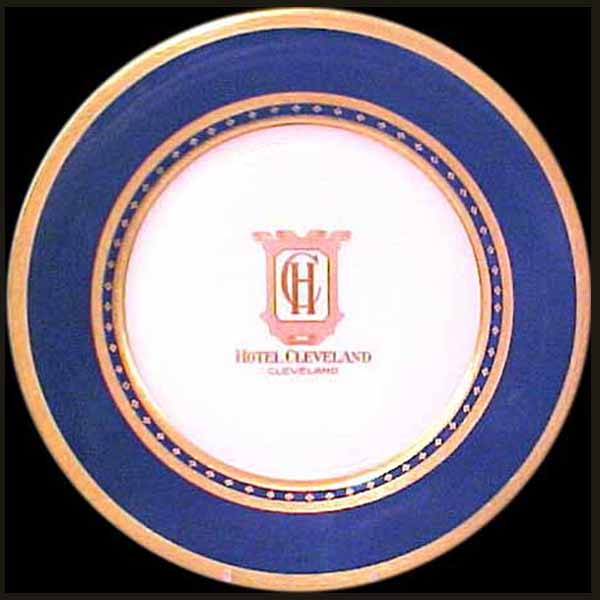 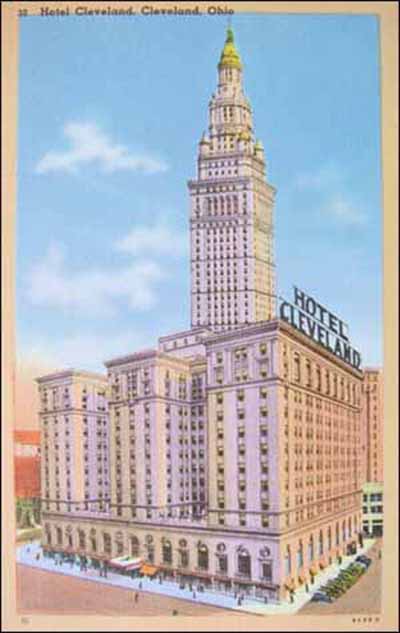 White body with coin gold bands on each side of a wide cobalt blue rim band. Center-marked in gold with the hotel logo of an overlapping "CH" set within a square columnar design.