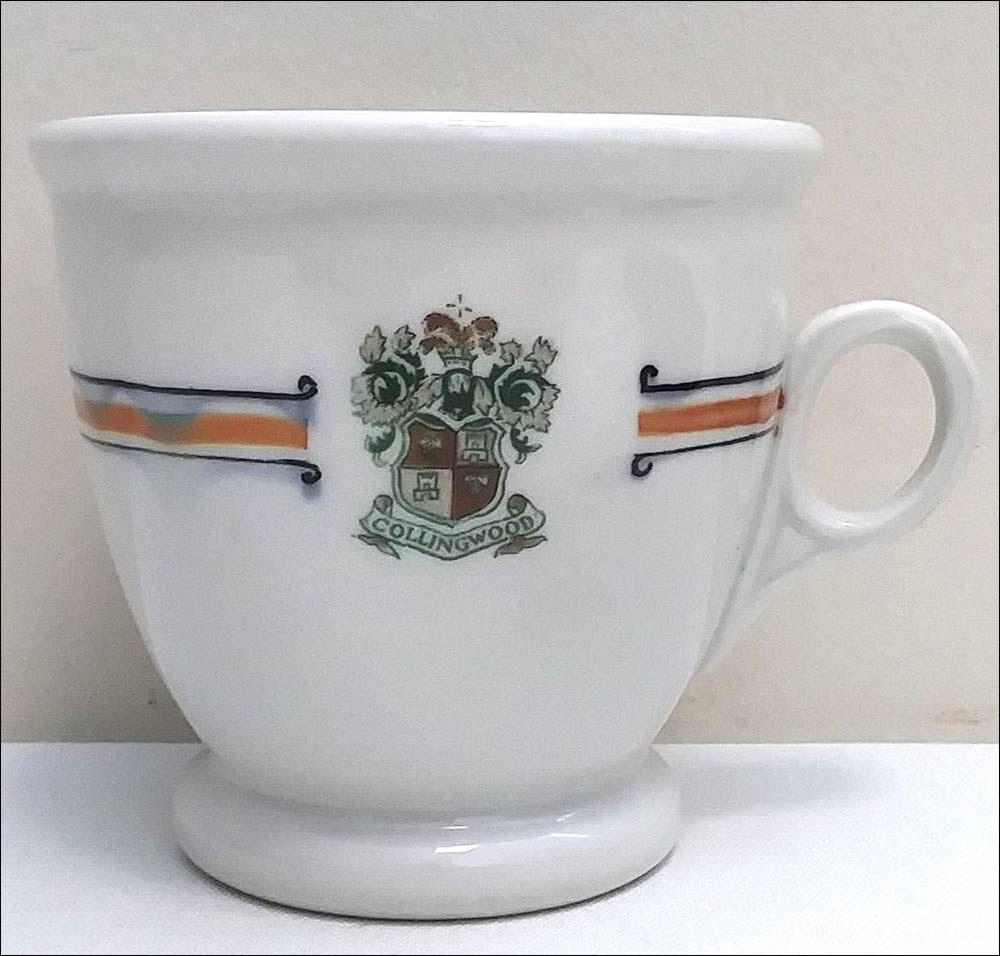 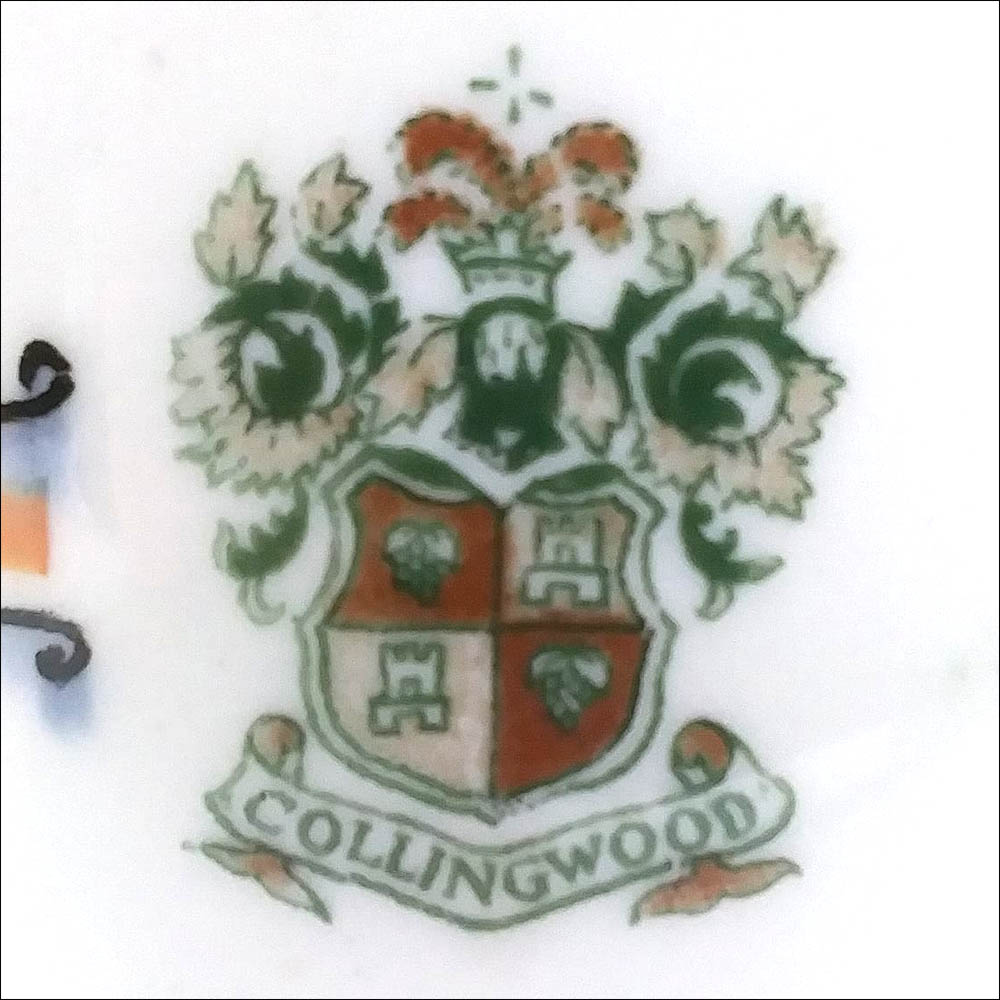 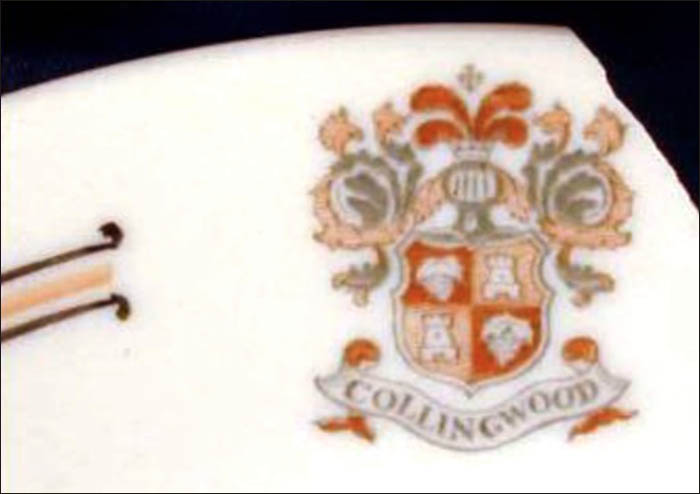 Shard with the Hotel Collingwood Logo 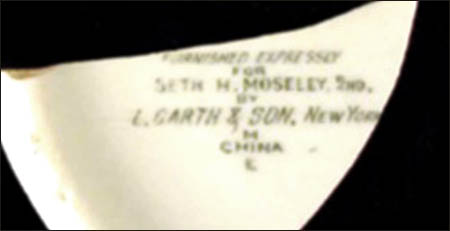 Shard with Backstamp for the Hotel Collingwood

1911 Envelope from the Hotel Collington 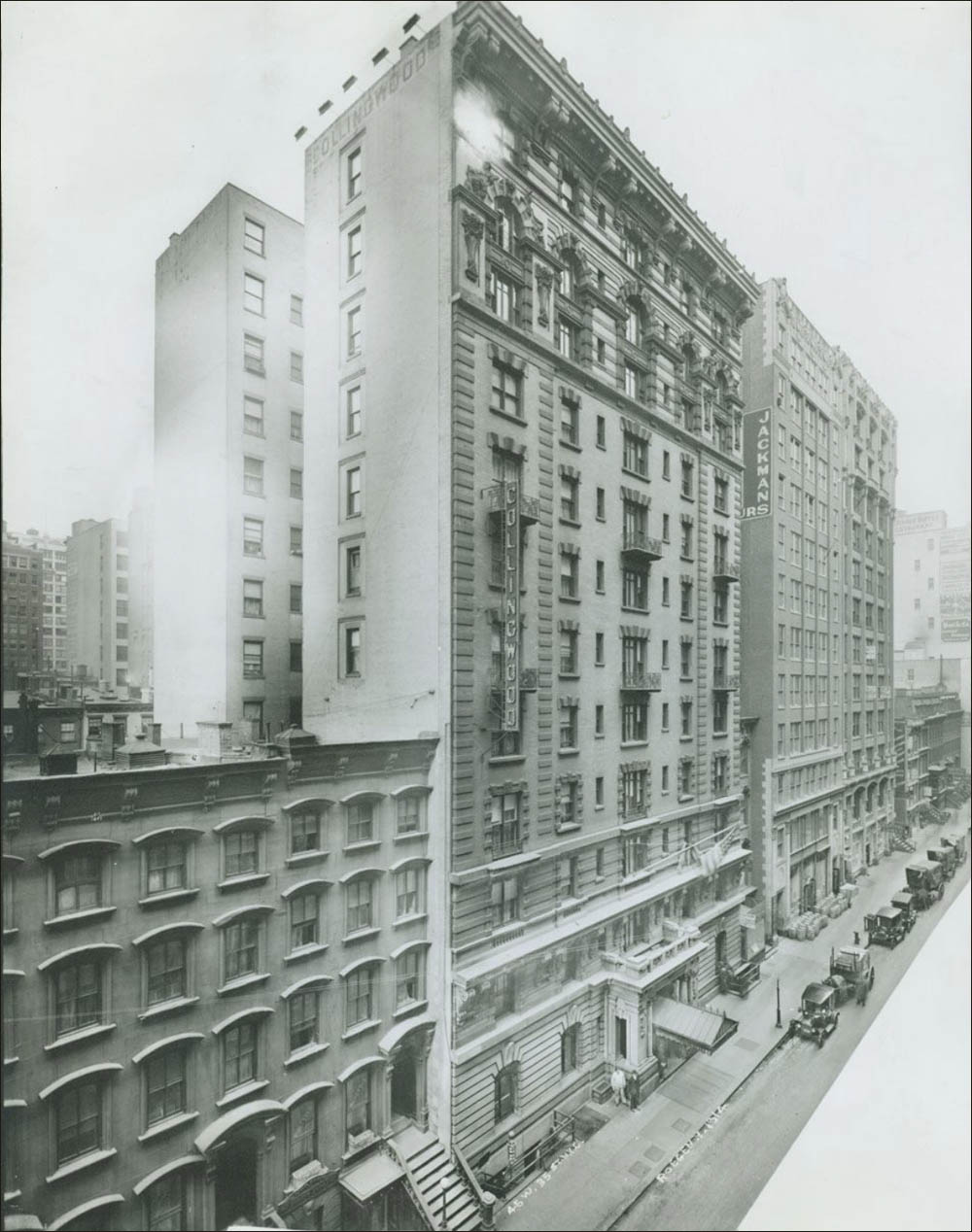 Notes: The 13-story, 240-room Collingwood Hotel, at 49 W 35th Street, in New York City, opened May 1, 1901.  While it was mainly an apartment hotel with long term residents, it did have rooms for transient guests. It contained a dining room and a ballroom. The New York Central Railroad chose the Collingwood as headquarters for their 1910 convention.

In March 1913, Seth H. Moseley, who had been the hotel manager, bought the Collingwood for about $1 million. In 1917 Seth's son Seth Hamilton Moseley 2nd became the lessee.

Around 1934 the Collingwood became part of the American Hotels chain and was remodeled. At that time the American Hotels floral pattern china would have replaced any of the remaining original china. In 1942 it was one of the Knott Hotels. In 1949 Nathan Wilson was the owner. In 1955 it was part of the Heritage Hotels chain. By 2012 it had been completed renovated and renamed Hotel Metro.

Maddock Pottery made a Lamberton china service crested for the hotel with a four-part, multi-color, decal shield. Black and salmon pink lines flank the crest. This china is back stamped "Furnished expressly for Seth H. Mosley 2nd By L. Barth & Son, New York." Until 2022, the only known examples of this crested china were a couple of fragments found in one of the Maddock dump sites. We now have photos of a lovely footed cup.