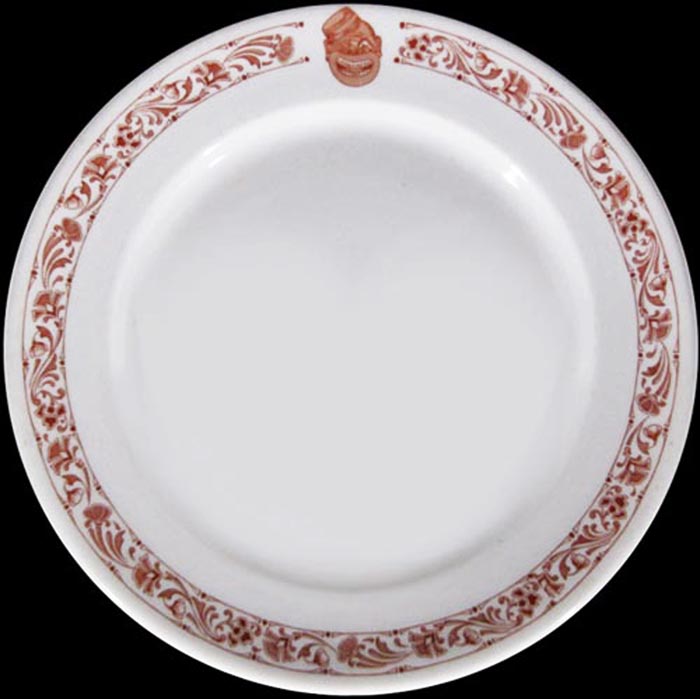 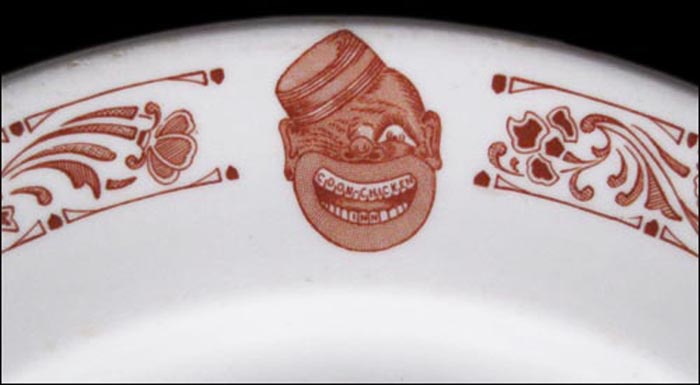 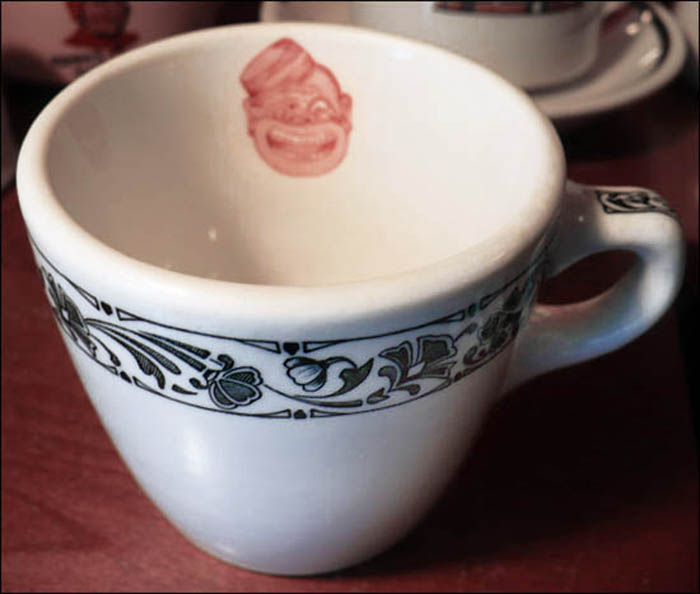 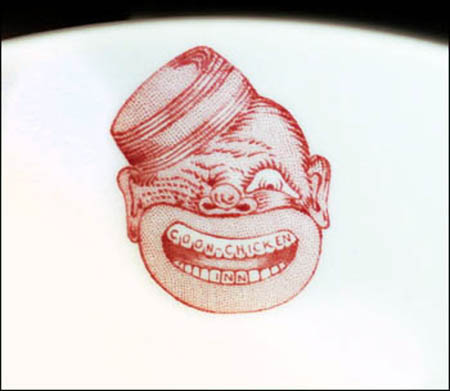 The white plate has an Art Nouveau-inspired floral border, intersected by the Coon Chicken Inn logo of a winking, grinning African American man wearing a porter's cap. The design is shown in two versions: in a rust brown, and below that, in black. Coon Chicken Inn is spelled out on the man's teeth. Distributor for the version in black on white body was "Greene Winkler H S Co Seattle-Portland."