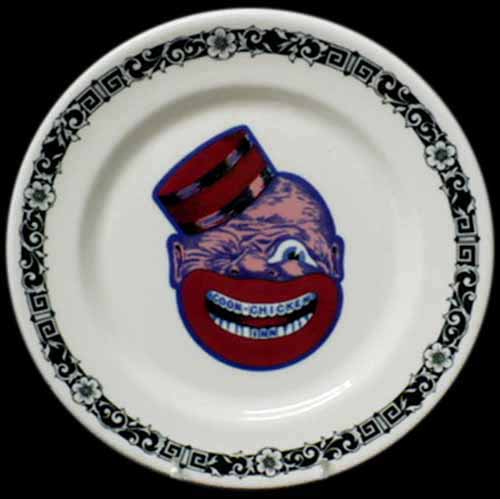 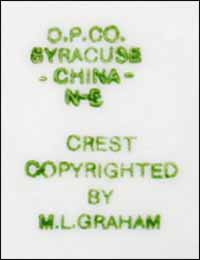 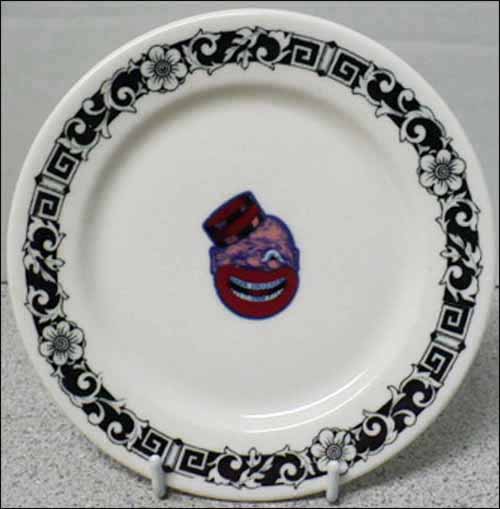 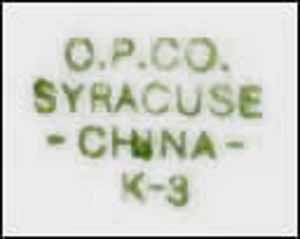 This particular pattern with Empire border is seen quite often as a fake and can be difficult to tell from photos posted on Internet sites such as ebay. It is more apparent when found in antique stores and at flea markets. There are many more fake pieces of Coon Chicken Inn china than real ones. (More information about fakes is located at the bottom of this page.)

How to tell a fake Coon Chicken Inn 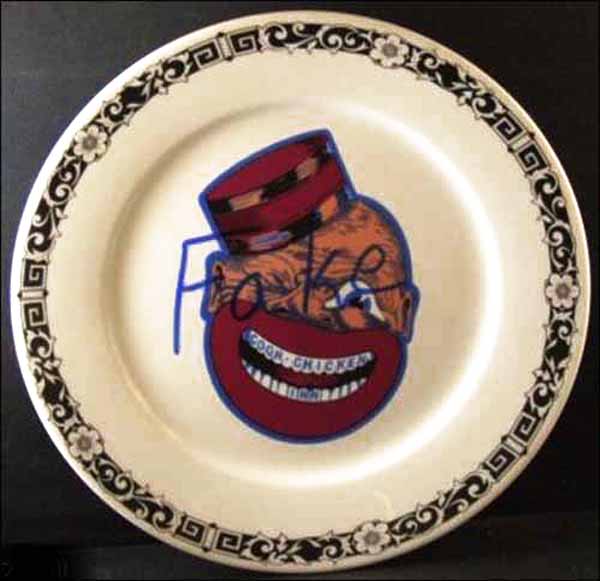 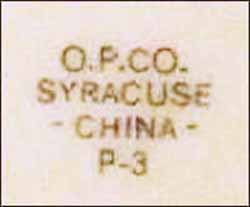 The following are descriptions of some of the fakes:

Many carry a P-3 Syracuse date code (though some authentic Syracuse pieces had that date code as well) and the backstamp is in black rather than green;

They are lighter weight and thinner than commercial china;

They were applied using an overglaze technique and the decal can easily be seen and felt;

The blue is always brighter on the fakes than real ones; and

If the ware has crazing, it is not from age, it is applied by its Chinese manufacturer and is a fake. Most popular among the Chinese crazed fakes are a handless creamer, mustard pot and butter pat. None of these has any design but the grinning face logo.

The following photos are of a fake Coon Chicken Inn plate. The fake decals can be applied on tan-bodied or white ware, and when seen in person the blue is much more vibrant than on a real plate. The best way to tell a fake is if you can see or feel the decal, which is a sign that it is overglazed. Any reputable seller in an Internet auction would also tell you if the decal can be felt.