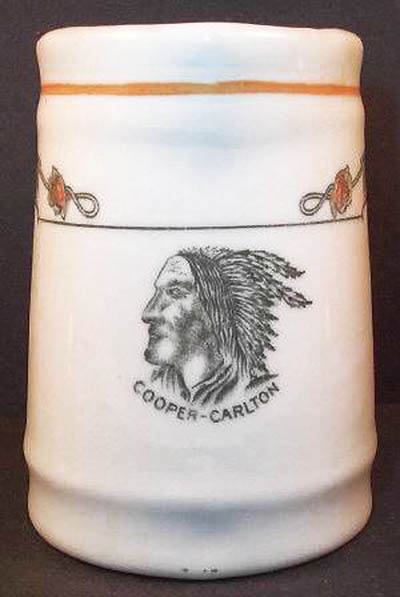 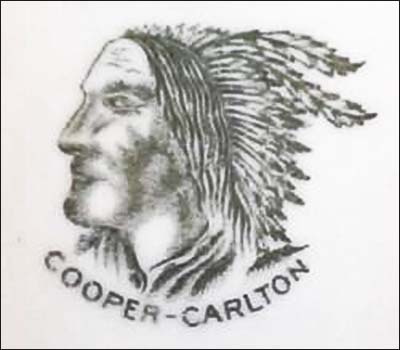 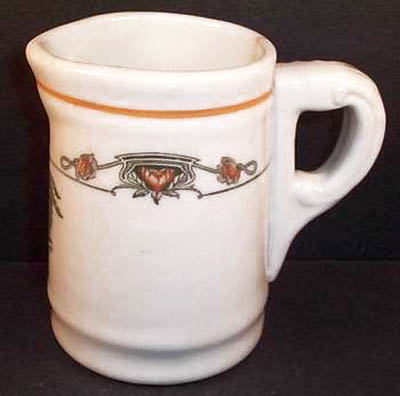 Notes: Located in downtown Chicago, IL, the Cooper-Carlton Hotel was a 12-story hotel on the shore of Lake Michigan at Hyde Park Blvd and 53rd Street. The hotel was operated by the Reinert Brothers and was built right next to the Hampton House. The Cooper-Carlton was adorned with "white terra-cotta trim on the upper piers culminating in several American Indian faces under the cornice." The hotel structure remains, and in 2008, is known as the Del Prado Apartments.

This Cooper-Carlton Hotel pattern by Mayer China is similar to the Cooper-Monatah Hotel pattern by Shenango China, except for the difference in name. The Cooper Hotel Company owned both of these hotels. The creamer features a Native-American warrior on the side done in shades of green with "Cooper-Carlton" under the image. On the other side of the creamer, there is a green, orange and olive outer floral design.