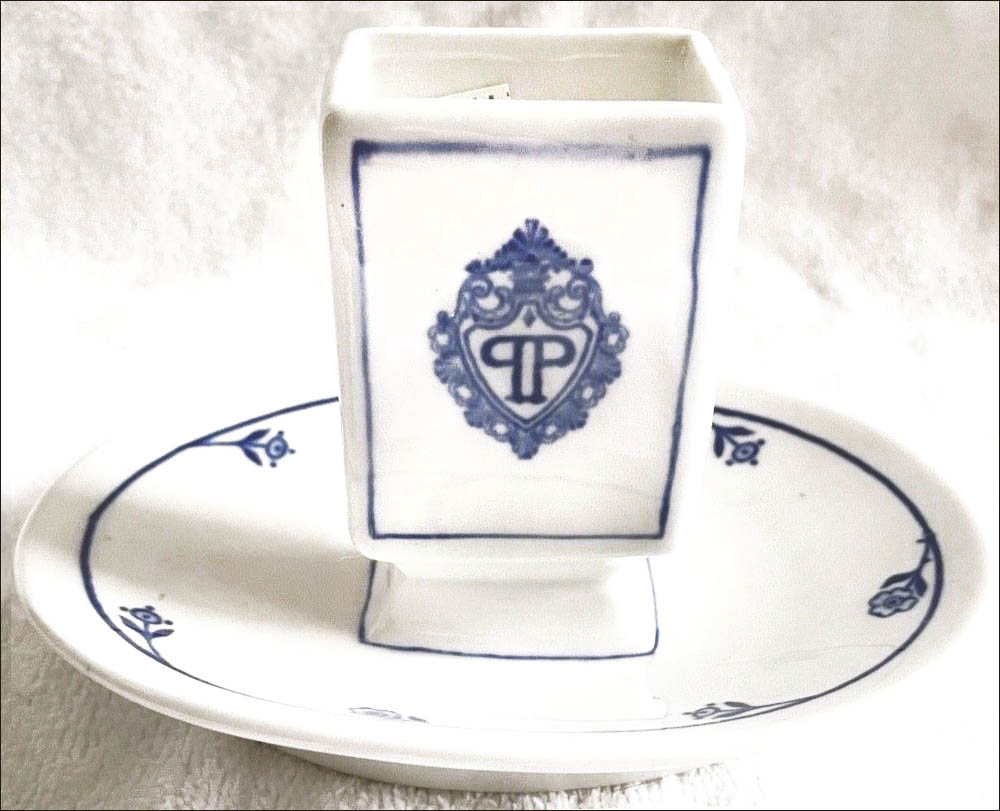 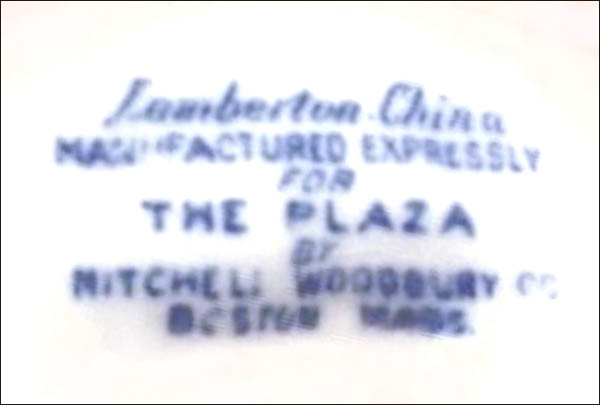 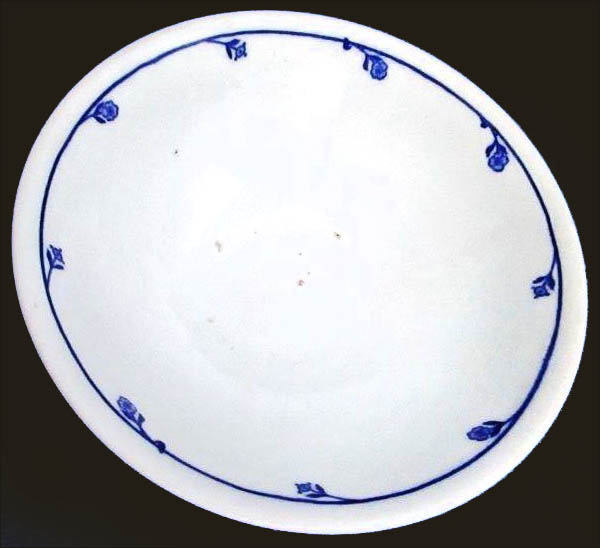 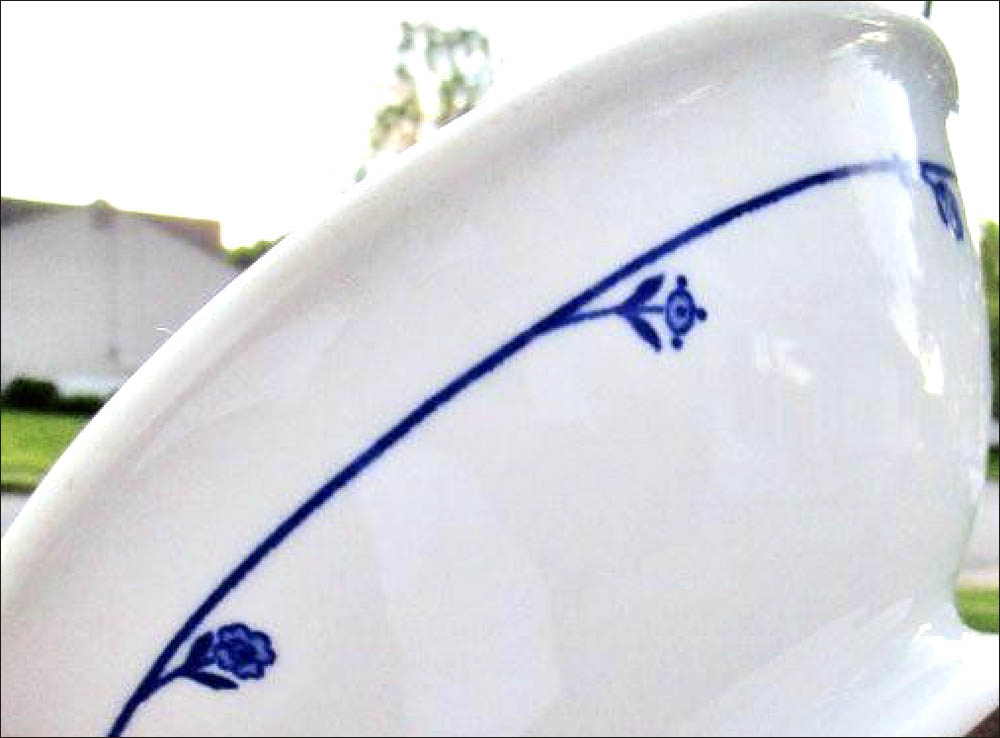 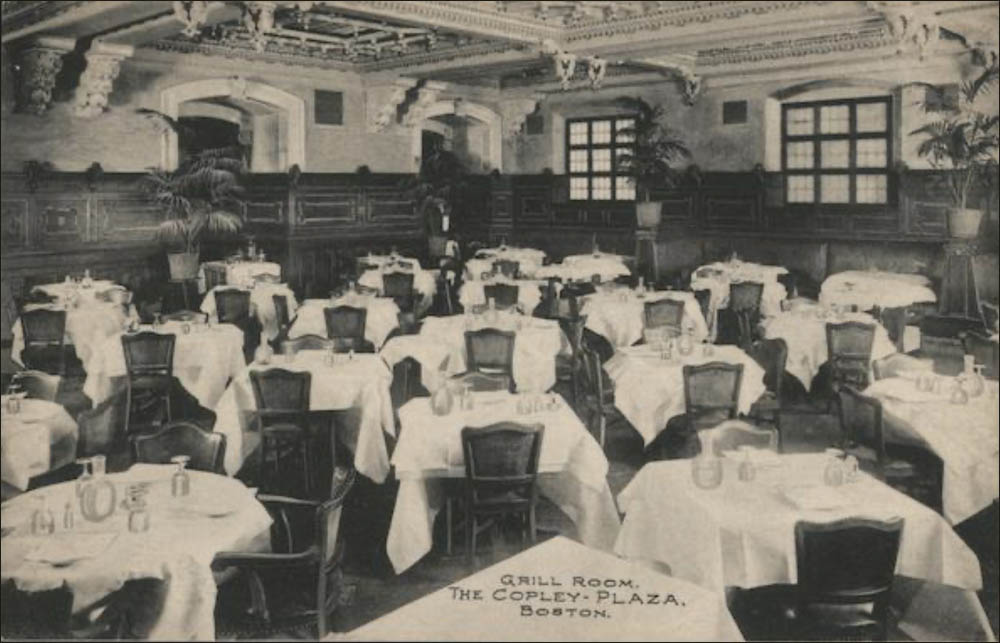 Grill Room at the Copley Plaza 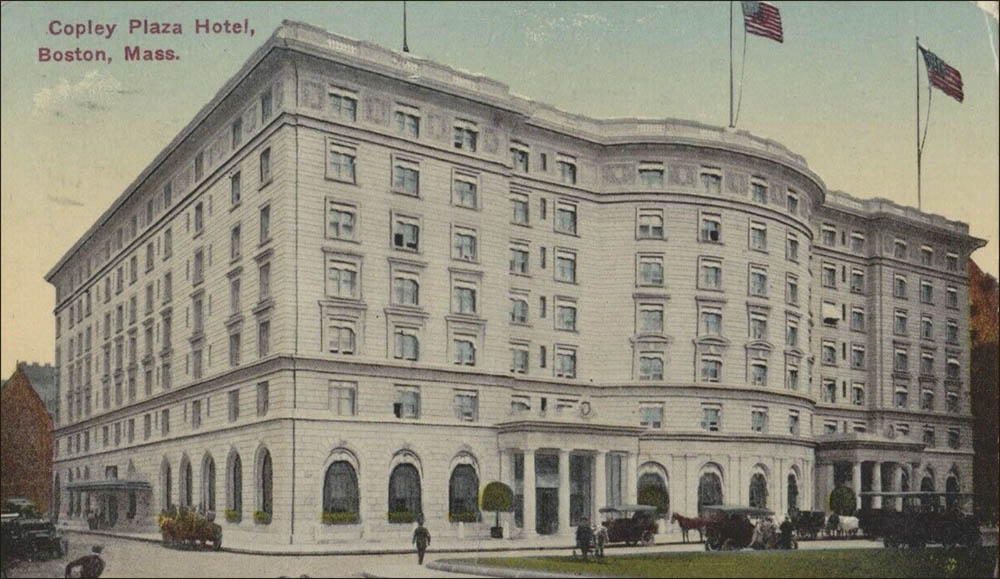 Notes: The seven-story, 450-room Copley Plaza, on Copley Square in Boston, opened August 19,1912. It contained a 60' by 86' oval main dining room, a Tea Room, Ballroom, Cafe, and Bar Room on the ground floor. The Dutch-style Grill Room was in the basement.

The Grill room had its own china service that was made by Maddock, and later by Scammell.

The blue transfer border is made up of three stylized flower and leaf ornaments. These were carefully spaced around the rim by the Lamberton Works Decorators. Then one of the Liners would connect them with a hand-painted blue line.

William Scammell, president of Scammell China Company, kept contact books with information about the customers he visited. His New England contact book from around 1925, contains the information that identifies the pattern name and number, as well as it being for use in the Grill Room. Some of his handwriting is difficult to decipher, but this is what I think was ordered. Crimped (edge) ramekins, 7 1/2" plates, 3" butter pats, 5" ice cream shells, coffee cups, unhandled custards, 6", 7", 8" salads, Plaza shape after dinner cups & saucers, and Plaza -? An early Maddock piece is a match stand in a shape designed and named for the Plaza. It contains the Plaza crest in blue. It was supplied by Mitchell Woodbury Company.