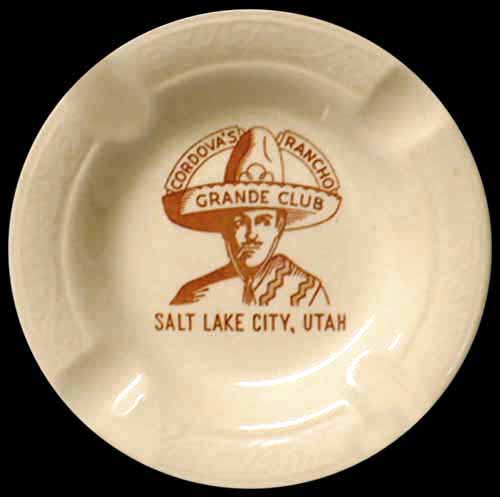 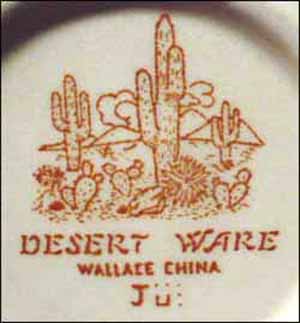 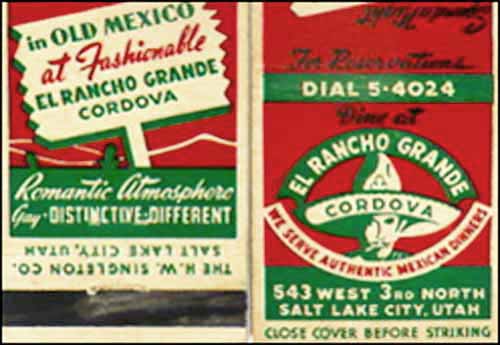 Notes: All that is known about Cordova's is its location at 543 West 3rd North in Salt Lake City, Utah, and that it was a Mexican restaurant in business during the 1940s.

An ad in the Knott's Berry Place Ghost Town News from June 1942 described Cordova's as follows: "Unusual Mexican dishes are served – not of the ten-cent store variety. You'll enjoy a meal here in a delightful atmosphere."

The connection between Cordova's Rancho Grande Club and Cordova Importing Co. is unknown, if any. (See ad below.) The address and phone number are different than Cordova's.

The tan-bodied Wallace Desert Ware ashtray depicts a Latino man with mustache, sombrero, serape with the words CORDOVA'S RANCHO GRANDE CLUB as part of the decoration surrounding — and on — the brim of his sombrero. Below are the words: SALT LAKE CITY, UTAH.