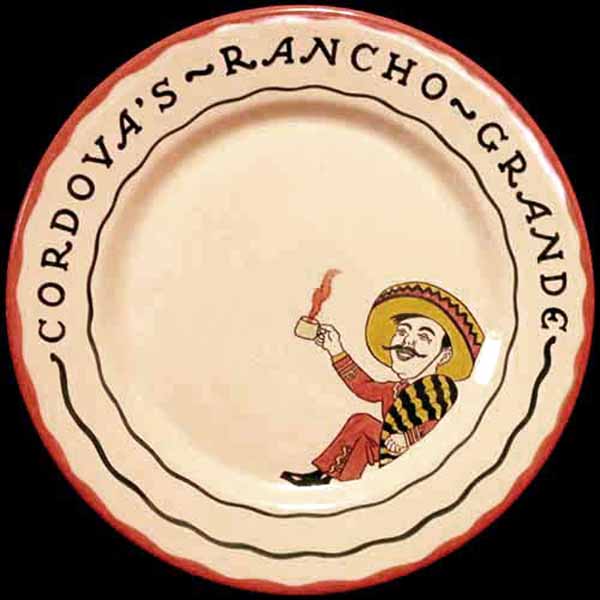 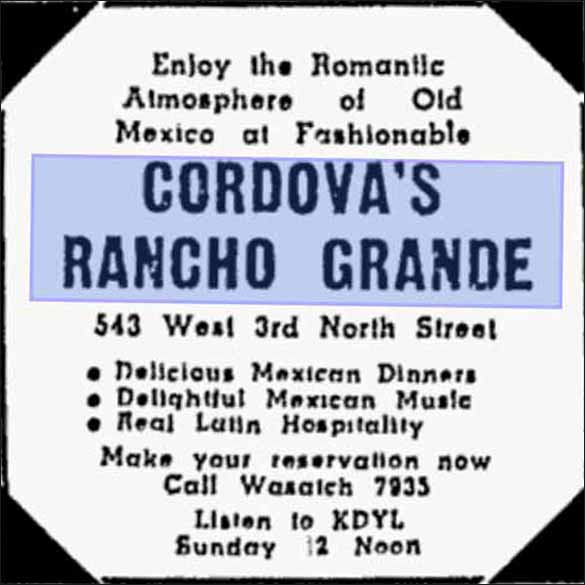 Notes: All that is known about Cordova's is its location at 543 West 3rd North in Salt Lake City, Utah, and that it was a Mexican restaurant in business during the 1940s.

Two hits were found for Cordova's, the ad pictured below from The Deseret News on Feb. 24, 1940, and an ad in the Knott's Berry Place Ghost Town News, from June 1942: "Unusual Mexican dishes are served – not of the ten-cent store variety. You'll enjoy a meal here in a delightful atmosphere."

This pattern is thought to be exclusive for the Eaton's restaurant chain in California, and though a very similar pattern, this version substitutes black for green in the decoration. So it is probably safe to say that the pattern in green was exclusive to Eaton's.

The pattern depicts a Latino man with mustache, sombrero and serape who is holding a cup of steaming liquid – on a tan background. CORDOVA'S RANCHO GRANDE is spelled out on the plate's rim, with a freehand rust or dark orange wavy band on the edge and freehand dark green wavy line on the verge.