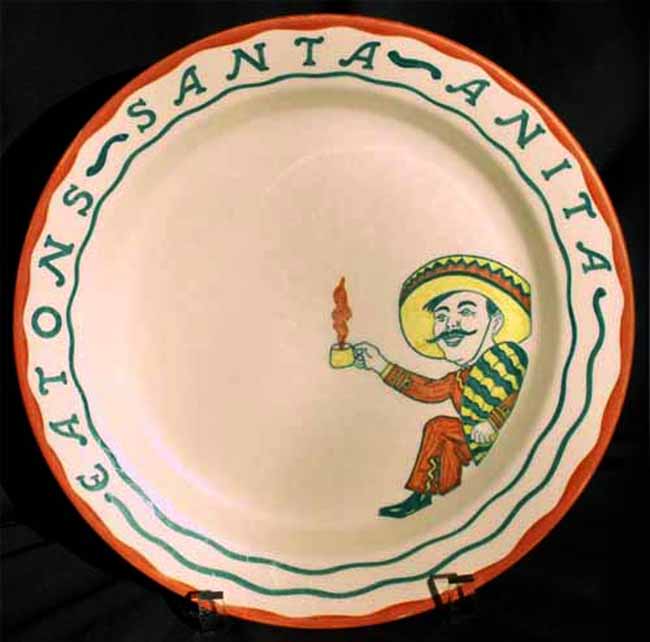 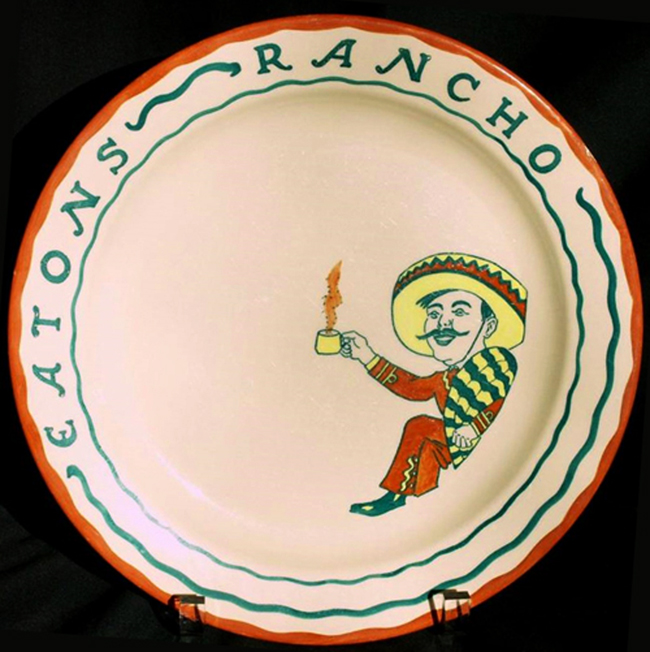 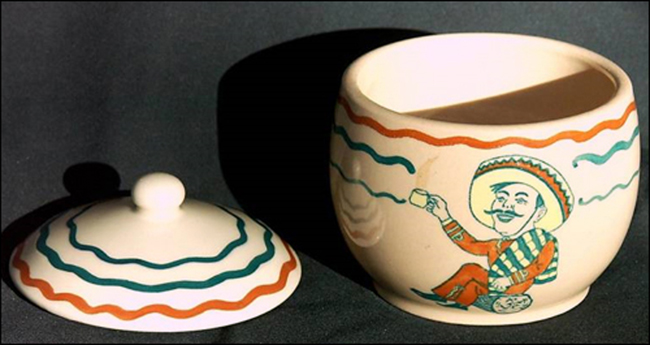 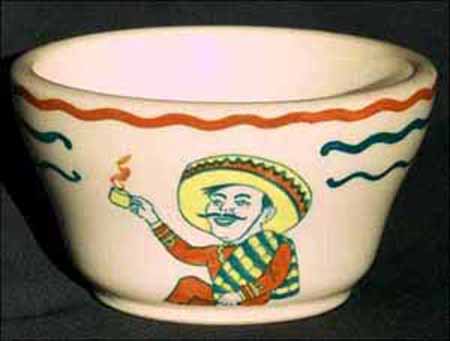 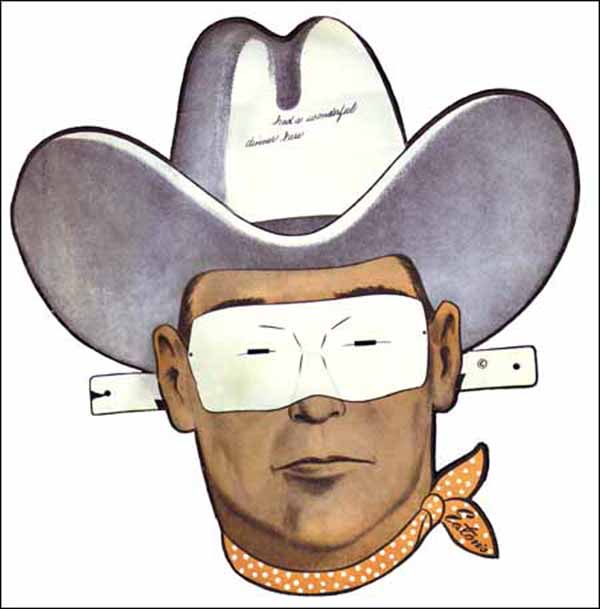 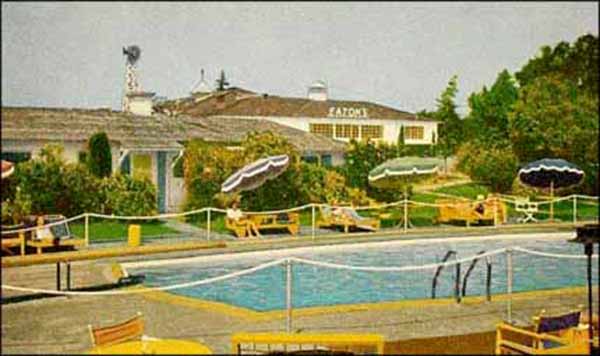 At least two of the restaurants used this tan-bodied Desert Ware china topmarked with either Rancho or Santa Anita, depending on location. It is not known if the other three restaurants used the same pattern, either with a specific topmark or without.

The pattern name is not known but is commonly referred to as Mexican Man, showing a man who has a mustache, wears a sombrero and a serape and who is holding a cup of steaming liquid.

It is not known if this was a stock pattern when seen without an Eaton's topmark (see photos of the bouillon cup and sugar bowl above), but based on the rarity of the pattern, it is assumed to be part of the Eaton's china service until more information is known. One would imagine that if it were a stock pattern it would have been ordered frequently and more would be seen.