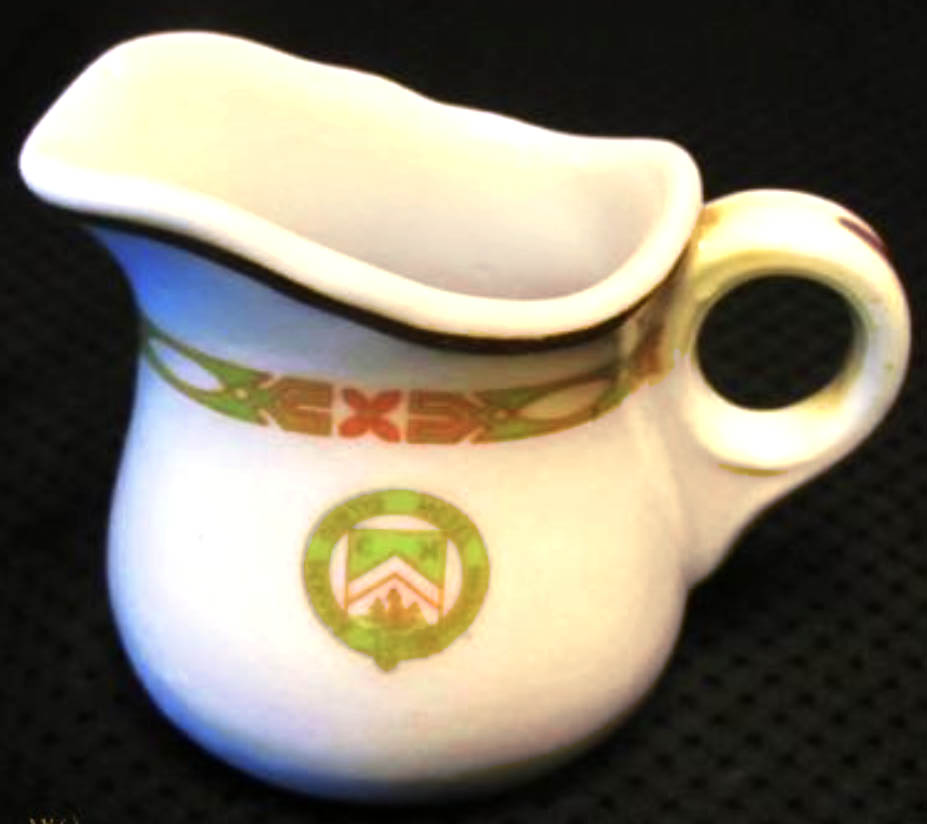 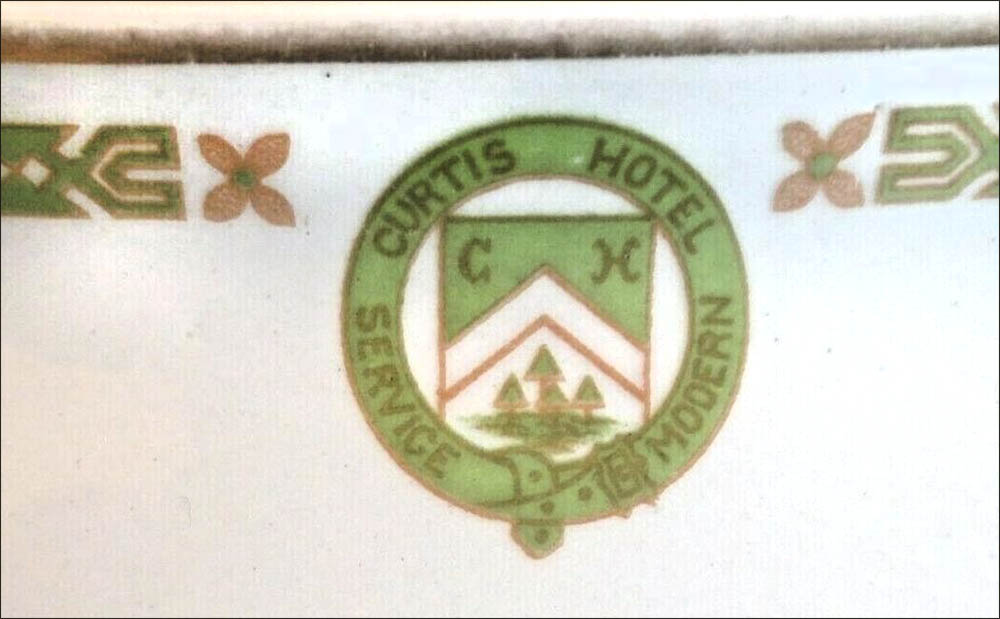 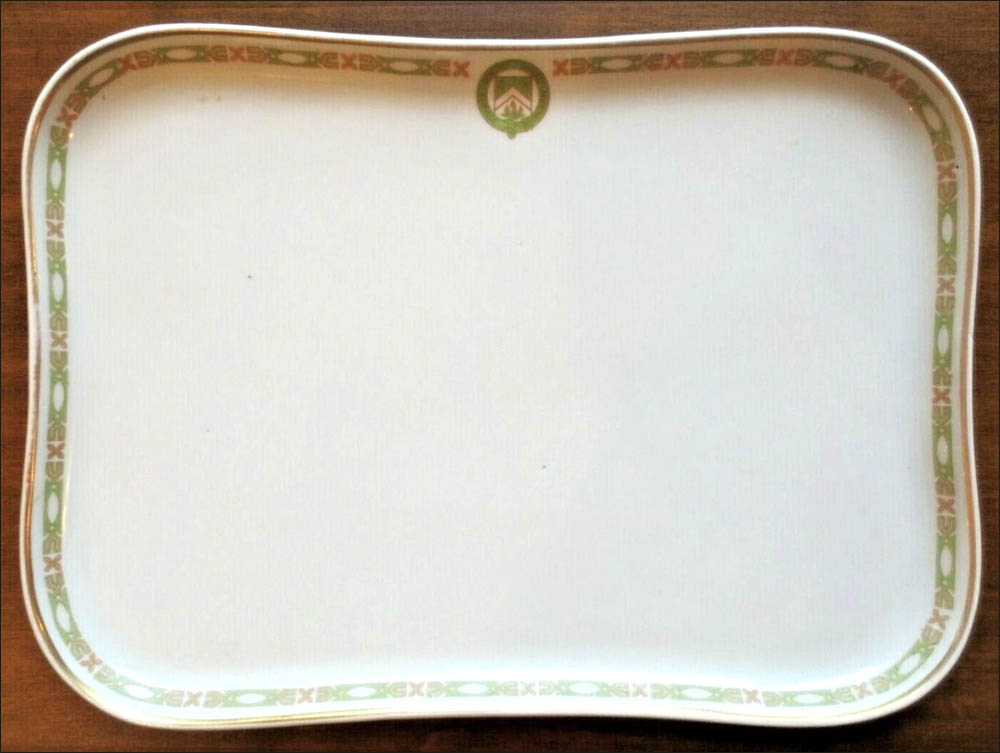 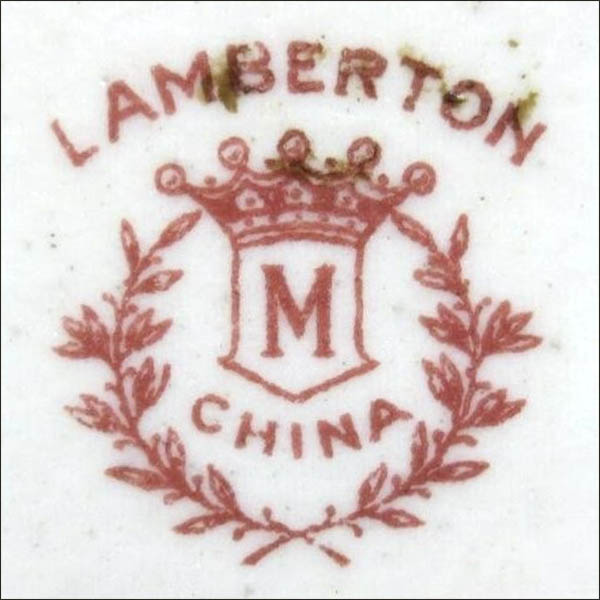 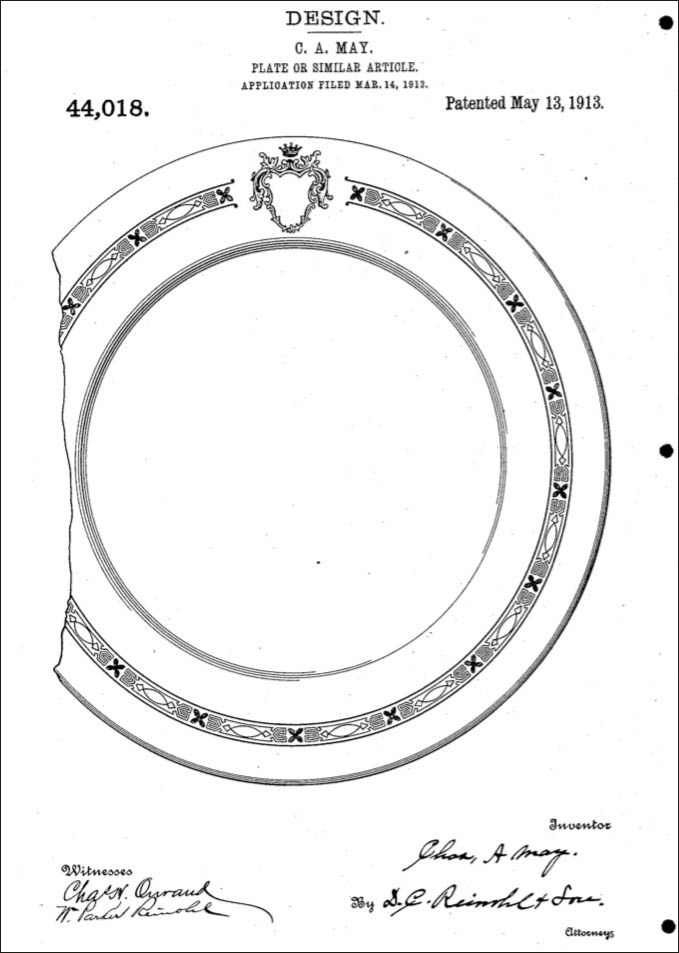 Patent for the Curtis Hotel china 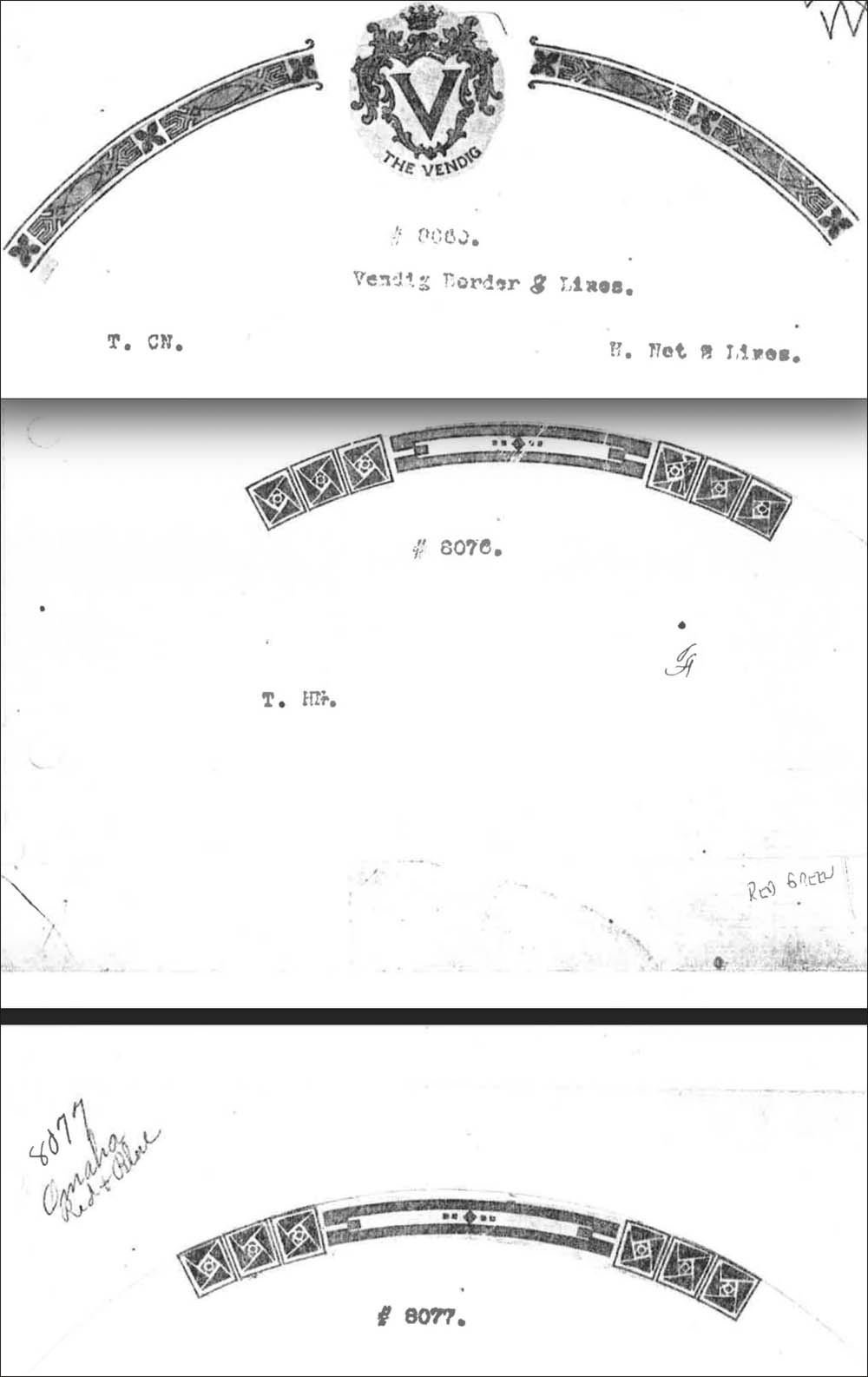 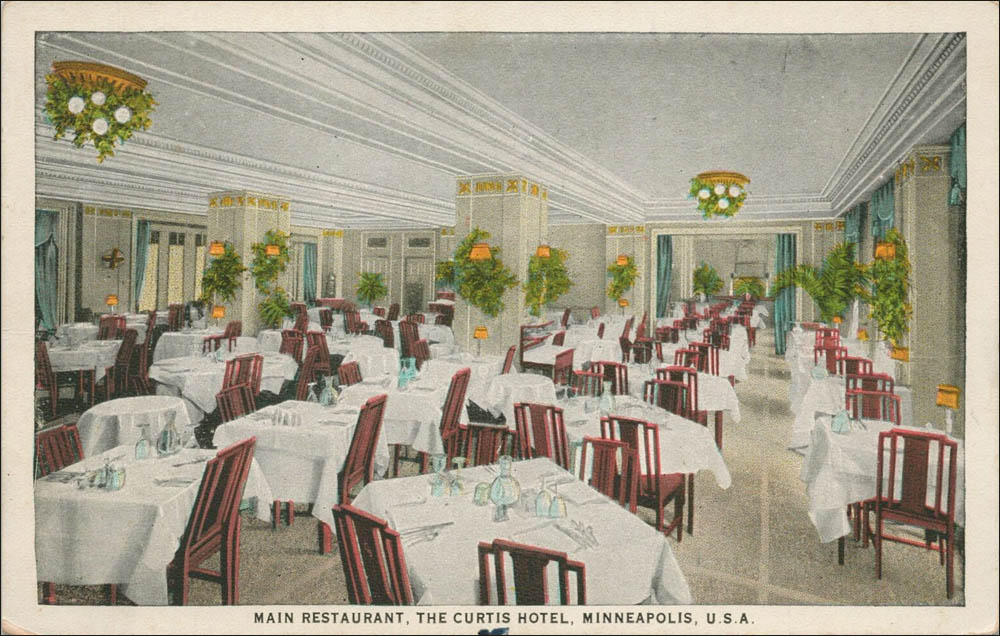 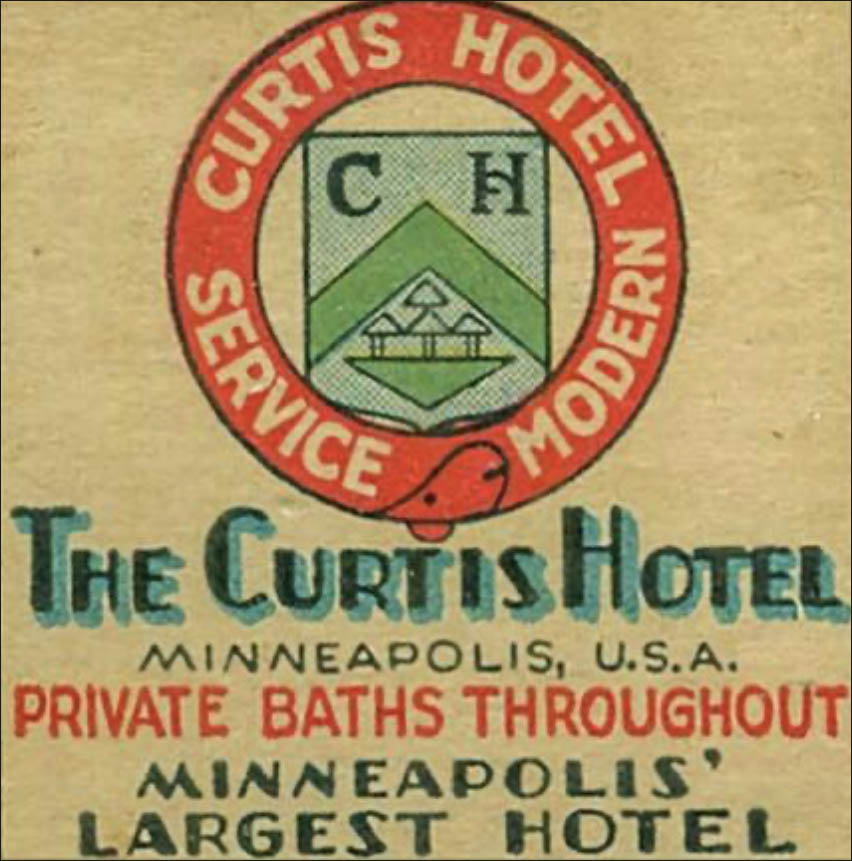 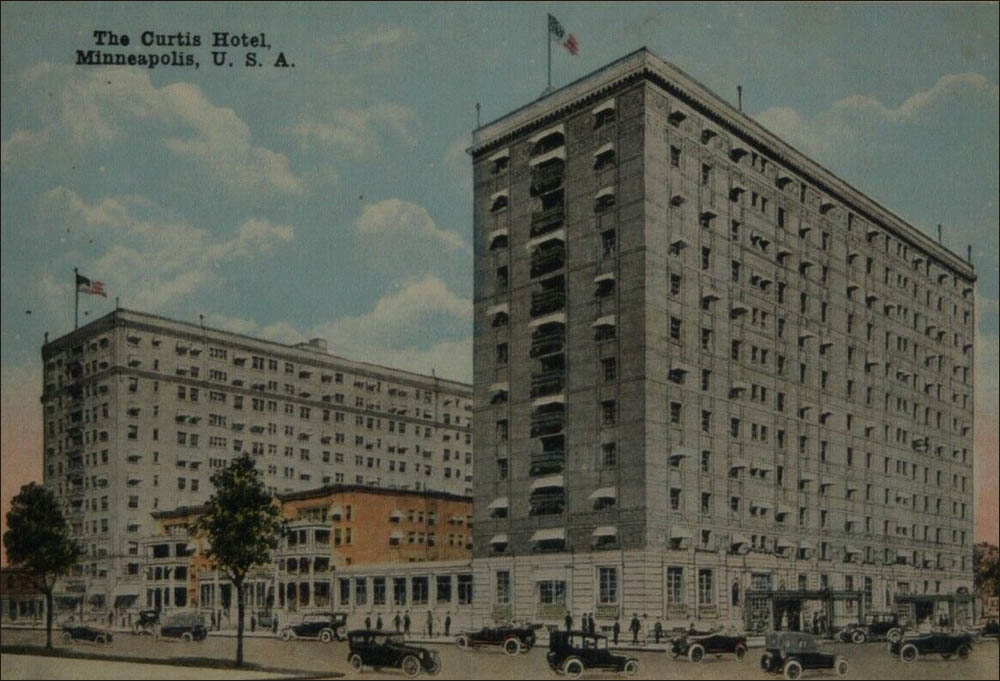 Notes:  The first section of the Curtis Hotel opened in 1903. This was the four-story section that was later flanked by the 12-story left wing built in 1911, and then the 12-story right wing built in 1919. Originally the hotel was named Curtis Court. In 1920, following the completion of the second tower wing, it was renamed the The Curtis Hotel. In the 1950s, a Motor Lodge section with two pools was added.  The Curtis Hotel closed around 1984 and was imploded on June 25, 1984.

Maddock Pottery produced a Lamberton china service that contains a three-color decal shield within a circular garter belt. Flanking the crest is a red and green decal border. This border was designed by Charles A. May and patented on May 13, 1913 (Des 44,018.) This border was originally designed for the Vendig Hotel in Philadelphia, which was built in 1912. Maddock showed three versions of the border in their pattern sample book. #8060 is named "Vendig border & lines." #8076 is in red and green without flanking lines. This is the one used by the Curtis. #8077 is in red and blue.

As stated above, the Curtis Court was renamed The Curtis Hotel in 1920, this means that Maddock made this china service on, or after, the name change.  Bauscher China made this pattern, with the garter belt crest in 1929. Syracuse later made a version with an updated shield crest.