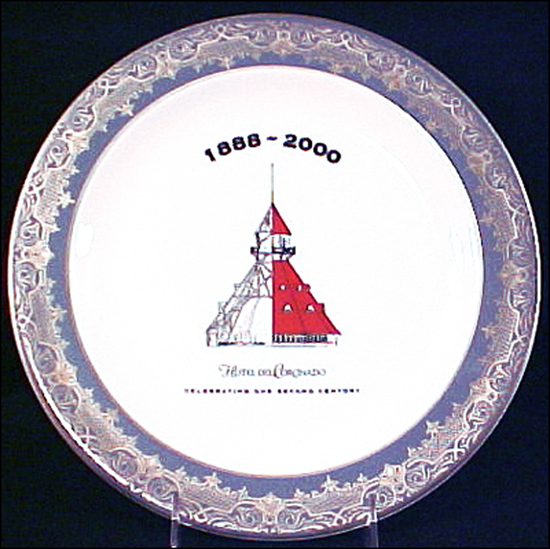 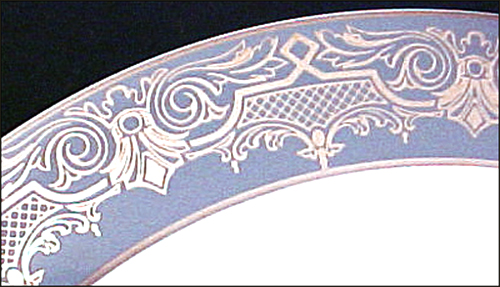 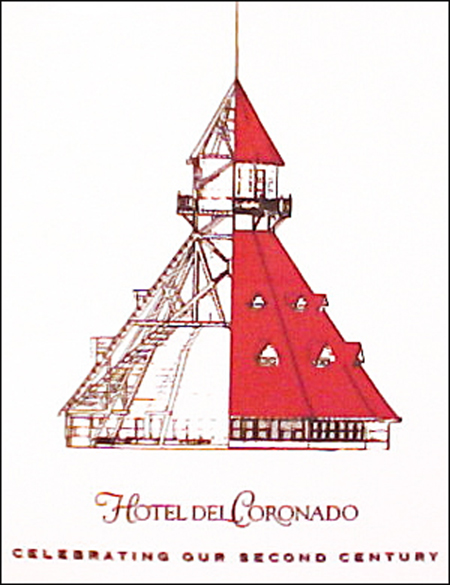 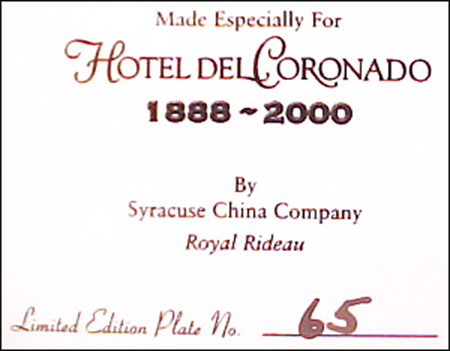 Notes: Built in 1888 near San Diego, California and designated a National Historic Landmark in 1977, the Hotel del Coronado has a rich and colorful heritage. The Del's visionary founders, Elisha Babcock and H.L. Story, dreamed of building a seaside resort that would be "the talk of the Western world."

A limited edition plate for the Hotel del Coronado celebrating the beginning of their second century. White-bodied plate with blue-grey rim treatment and gold work. Logo is black, white and red.