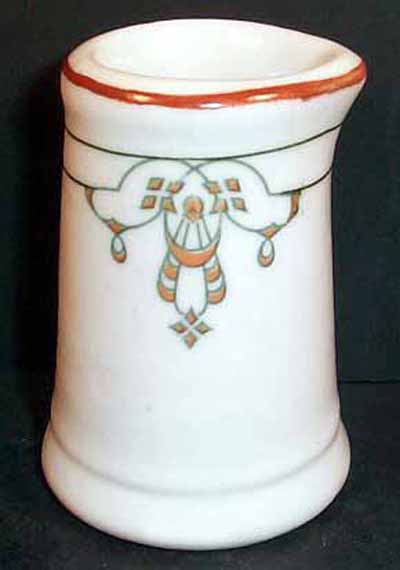 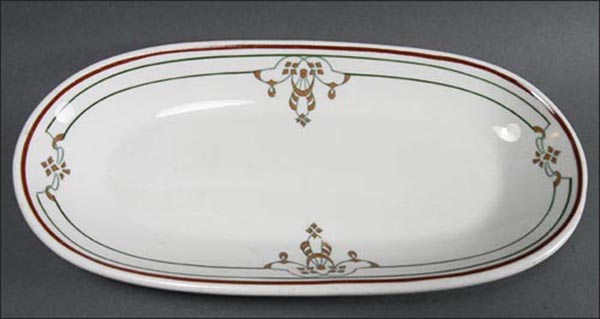 Notes: This stock pattern was a popular Art Nouveau pattern made by many manufacturers. The Buffalo version and the Fraunfelter version of this pattern were both used in the Chicago & Northwestern's Chicago dining room, though both manufacturers' versions would also have seen use as stock patterns. Never backstamped by the railroad.

Do not confuse with Katy Ornaments!

A 1932 Albert Pick Catalog shows this pattern, as made by Buffalo China, called Northwestern.