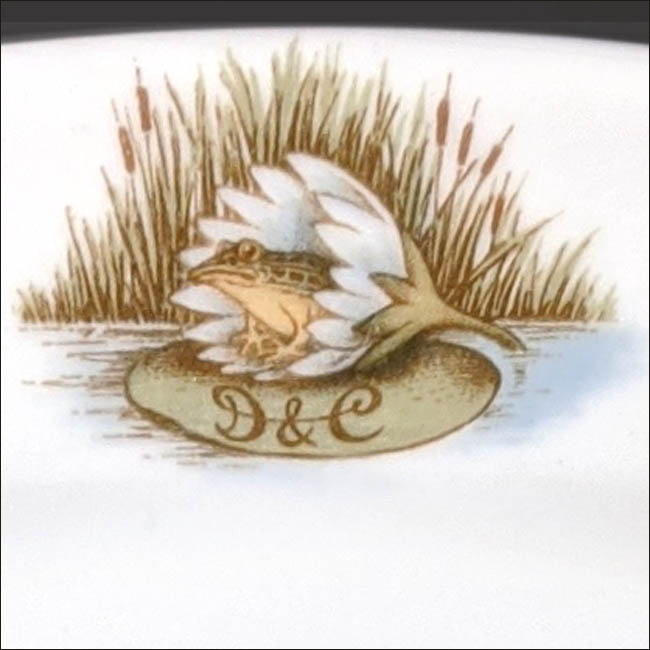 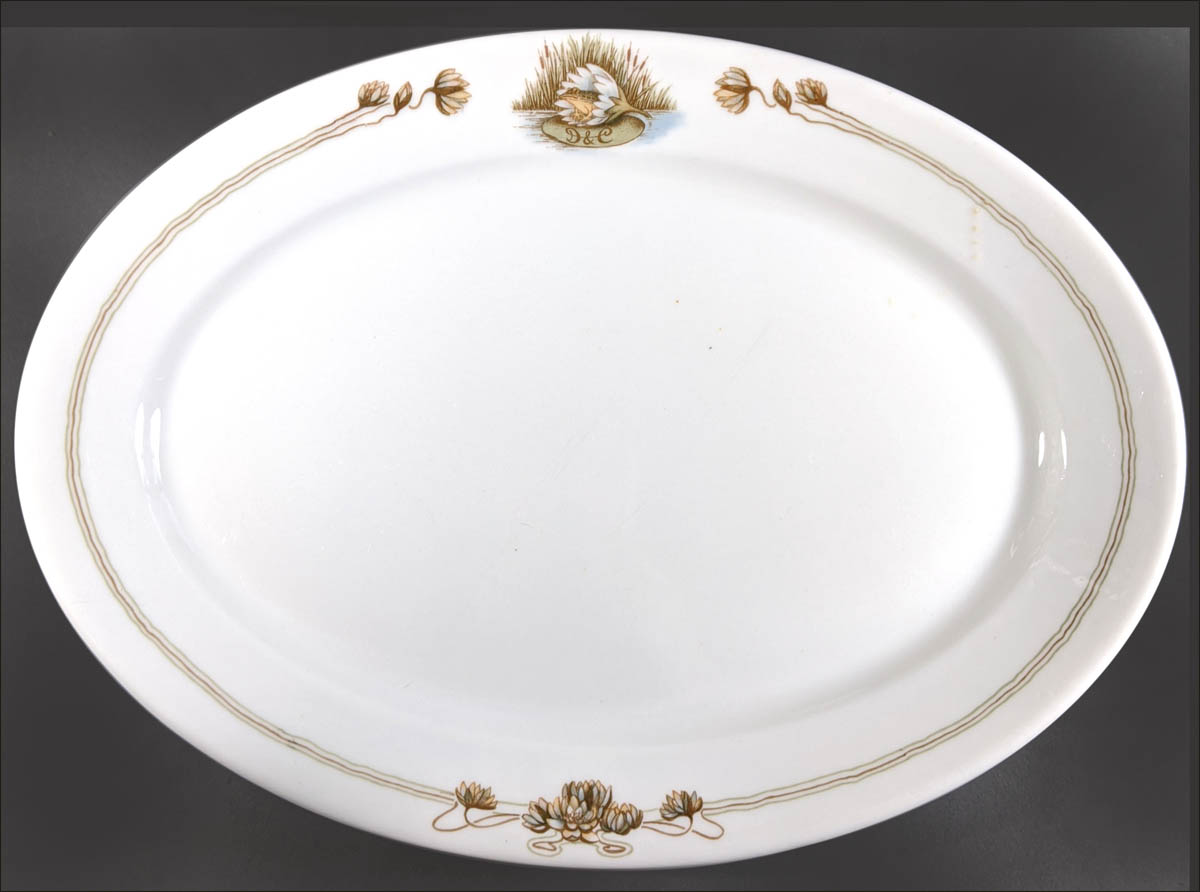 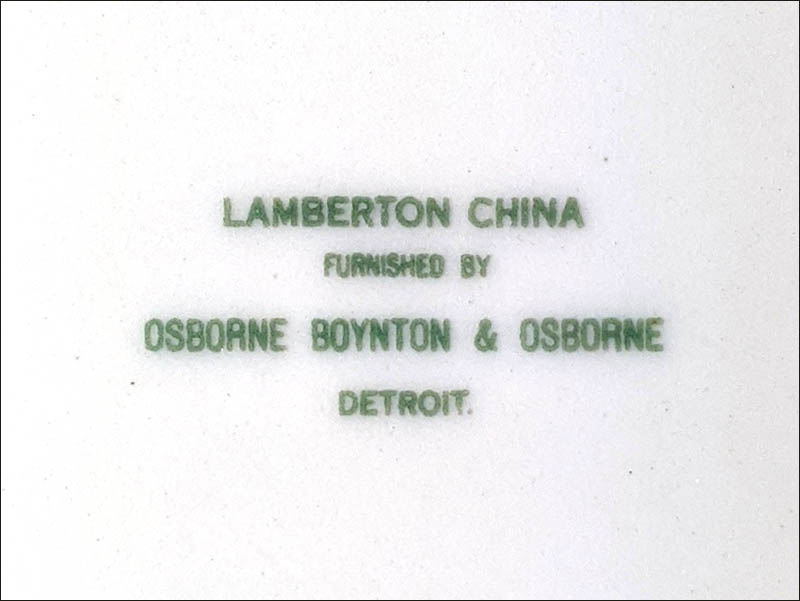 The frog prominently displayed in the logo is explained on the Historic Detroit website.     In writing about the City of Detroit III and its lavish trappings, there is this: "The room [wine cellar] was covered in Pewabic tiles and fashioned with massive, hand-hewn oak beams with a large oak bar at one end. Behind the bar was a mural of a gnome painting a frog. The little critters were the D&C's mascot."

Lamberton China white body with a frog peering out from a water lily blossom with "D&C" in script in the leaf below. On the opposing border the water lily motif is repeated without the frog. There are three squiggly pin lines around the platter that culminate top and bottom in a graceful Art Nouveau pattern of water lily leaves.