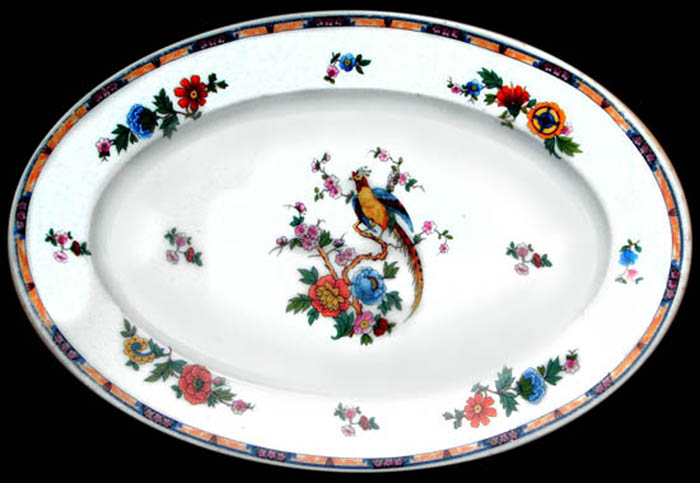 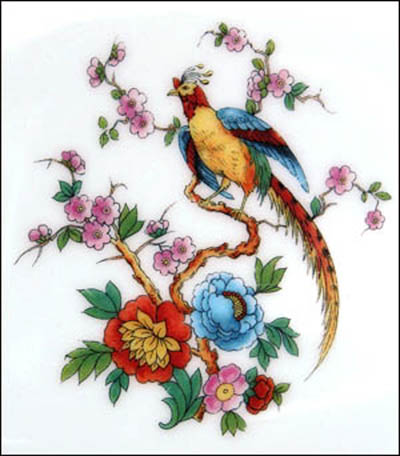 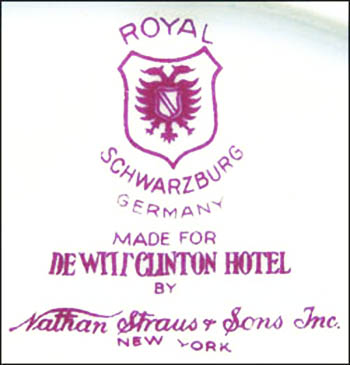 Notes: According to an article in the Oct. 17, 2014, issue of the Albany Times Union, the Dewitt Clinton Hotel, located at the corner of State and Eagle streets in Albany, N.Y., opened in 1927. Out of business as a hotel since 1975 and serving as low-income housing for a time since then, it is scheduled to reopen in September 2015 after an extensive "gut renovation" that will cost upwards of $50 million.

"The carpet has been torn out of the grand, high-ceilinged ballroom on the main floor — which had operated in recent years as the State Room — and its ornate columns, carved moldings, decorative ceilings, elegant chandeliers and oak floors will be given a thorough restoration.

"So, too, will the stately lobby with terrazzo floor and acres of burnished chestnut panels and wall murals that depict scenes from New York state history: trade between the Dutch and Native Americans, the namesake architect of the Erie Canal and Albany's most famous scientist, Joseph Henry."

An Aug. 5, 2013 article in All Over Albany indicates that the new hotel will be called the Renaissance by Marriott Hotel and will have around 200 rooms.

And from Albany Archives, and as a matter of public service to our cat-loving members, we need to know that the first guest of the hotel had four feet:

"'DeWitt Clinton, Jr.,' black and white kitten, mascot and first guest at the new DeWitt Clinton hotel, has disappeared after living the life of Reilly at the hotel since Friday.

"He made his appearance shortly after the doors were opened for the first time and, despite lack of baggage, was assigned to a room on the fourth floor. Edward Hardy, a bell boy, was made special valet de chambre to wait upon him and, resting easily on a downy pillow, the kitten breakfasted in bed for the first day or so.

"Yesterday, however, it was found that paying guests required DeWitt's room. So he was moved to comfortable quarters under the clerk's desk in the lobby. A basket, softly lined, was provided as a couch and all was thought well.

"But DeWitt thought otherwise and checked out in indignation.

"'I'm afraid he may have gone to another hotel,' said Sherman K. Hill, manager."

This plate likely would have been part of the original order for the hotel, with a subsequent order going to Syracuse China. The Syracuse pattern, #90601, was first introduced in 1936. There is no indication that it was ever a controlled pattern, according to a Syracuse archivist, but given the name "DeWitt Clinton" and its striking similarity to this pattern, that's probably a safe assumption.

The pattern, in bright yellow, red, blue and green, has three main components: the narrow border that includes a yellow background and navy blue lines on either side, with what seem to be stylized leaves or vines in red on either side of a central blossom, interspersed with three red flowers, side-by-side; looser sprays of flowers coming down from the border, along the verge and into the well; and a center motif in the well of small versions of those flowers with a brightly colored pheasant in a branch or vine.