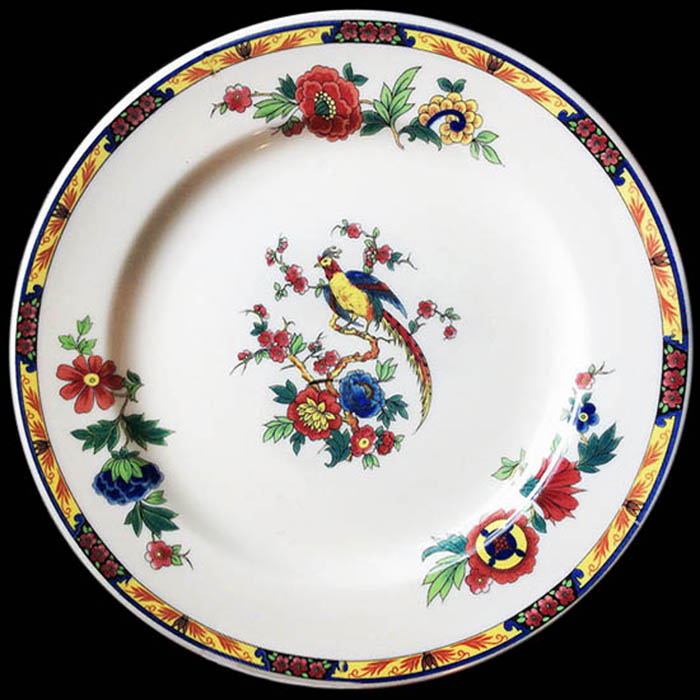 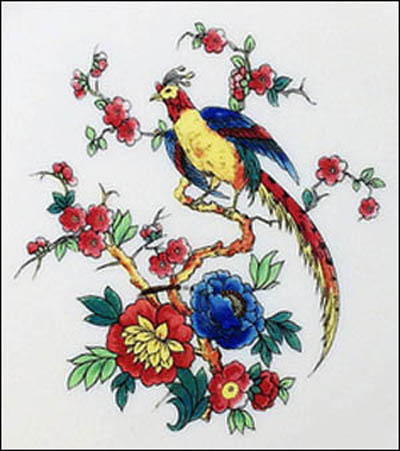 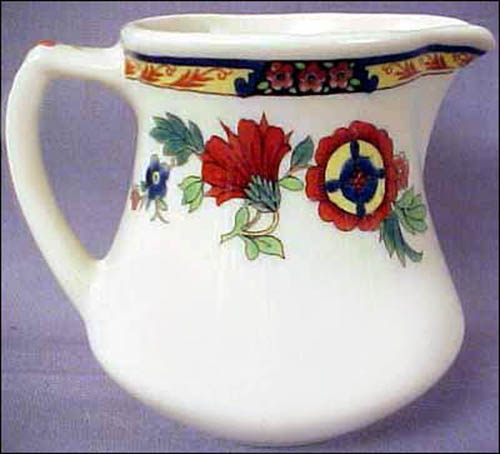 Notes: A version of this pattern made by Royal Schwarzburg has been found backstamped for the DeWitt Clinton Hotel in Albany, N.Y., and dated circa 1927-1930. Syracuse China records show that its pattern by this name was first introduced in 1936 and was not shown as controlled. Therefore it likely first saw use for the hotel and was also available as a stock pattern for any customer to order.

The pattern, in bright yellow, red, blue and green, has three main components: the narrow border that includes a yellow background and navy blue lines on either side, with what seem to be stylized leaves or vines in red on either side of a central blossom, interspersed with three red flowers, side-by-side; looser sprays of flowers coming down from the border, along the verge and into the well; and a center motif in the well of small versions of those flowers with a brightly colored pheasant in a branch or vine.

It should be noted that this pattern is commonly seen with both the two border motifs and not the center flowers and pheasant and also with all three motifs. The creamer below has the two motifs; the plate has the three. In addition, this pattern has been seen topmarked for venues other than the DeWitt Clinton Hotel.