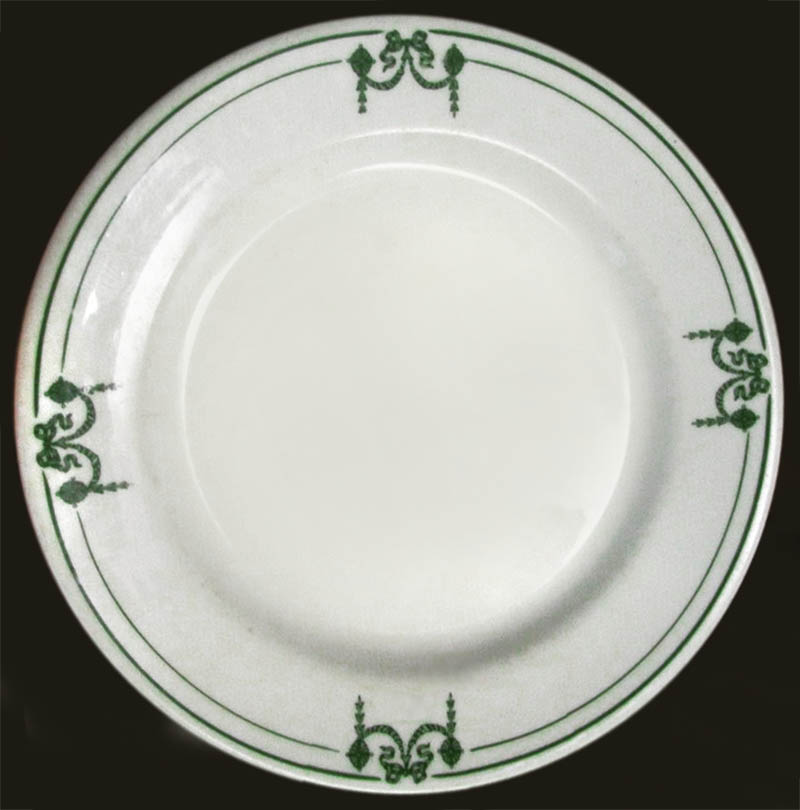 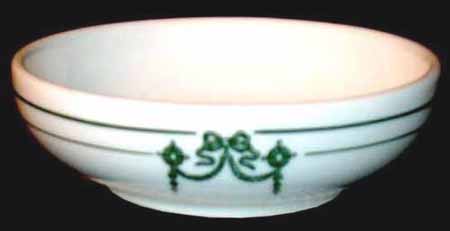 Notes: The Dorion pattern (copyrighted in 1919) was marked as "controlled" by Syracuse, meaning that there were some arrangements for limited use between Syracuse and its primary customer, Battle Creek Sanitarium, which was located in Michigan. In this instance, Dorion was marked for limited use. No other customers in the state of Michigan were allowed to order it, but it was fair game for businesses in other states.

Dorion was a single color print from an engraved metal plate.