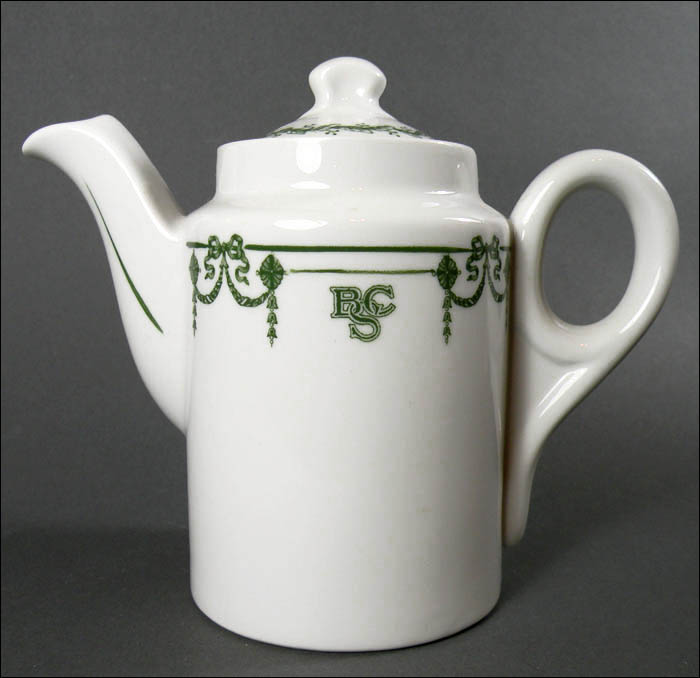 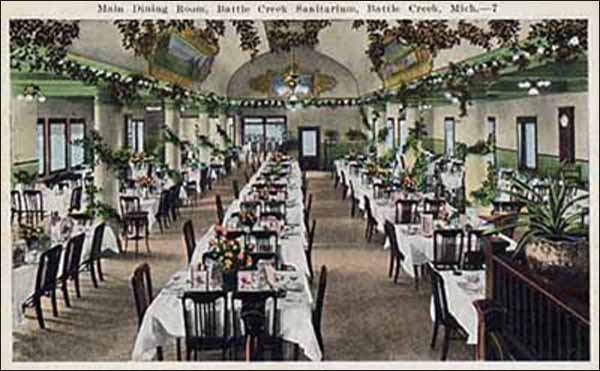 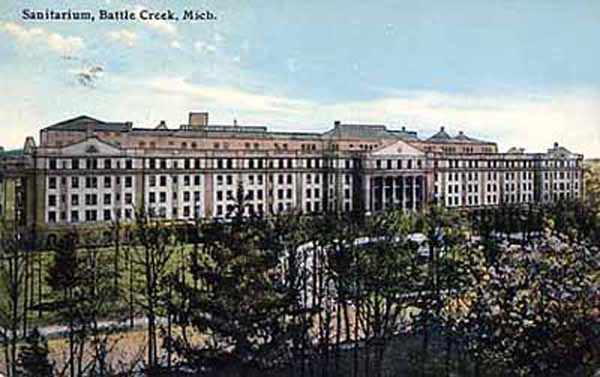 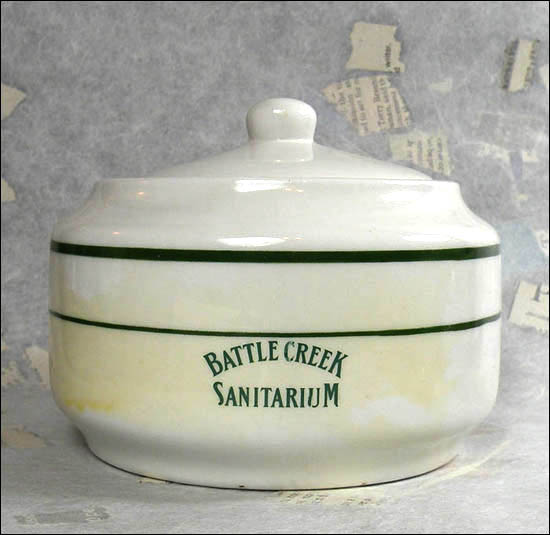 Notes: Built in 1903 in Battle Creek, MI, (closed in 1942) the sanitarium was Dr. John Harvey Kellogg's "laboratory for developing and promulgating his "Battle Creek Idea" * that good health and fitness were the result of good diet, exercise, correct posture, fresh air and proper rest.

Through his vigorous efforts to promote and publicize the institution, Kellogg raised the Sanitarium to national prominence as a 'place where people learn to stay well.'" Click here for more information about Dr. John Harvey Kellogg and click here to view a 1910 Battle Creek Sanitarium advertisement from Waugh's Blue Book of Hotels and Resorts.

The Dorion pattern was copyrighted 1919 and marked as controlled, with sole use for Battle Creek Sanitarium in the state of Michigan. It was customized for the sanitarium with the addition of BCS.